Vaccination against chickenpox has been recommended to all children since 2004. Protection is a success story: the disease has been suppressed, possible serious complications are avoided and, above all, families have been relieved. 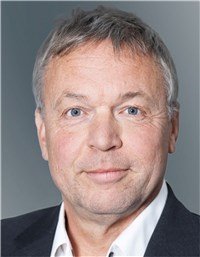 Chickenpox: An unnecessary torture for most children, for some a serious risk of illness. This can be avoided by vaccination.

15 years ago practically every child in Germany had chickenpox. Varicella is extremely contagious; after exposure with the Viruses infect over 90 out of 100 susceptible people (contagion index close to 1.0), reports the Robert Koch Institute.

The transmission takes place aerogenically through droplet cores containing viruses, which are excreted during breathing or coughing. Furthermore, transmission through virus-containing vesicles is possible as a smear infection. In addition to saliva and vesicle contents, the conjunctival fluid is also infectious.

The disease begins with a mild fever after an incubation period of eleven to 21 days. "You can almost watch the rash develop," reports the Child Health Foundation in a statement. At first there are itchy rashes, which then turn into thin-walled vesicles and burst even with slight pressure.

The rash develops in batches: the stages of development – spots, blisters and dried crusts – follow each other closely.

Not a completely harmless illness!

Some children have more than 500 vesicles – sometimes even in the mouth or on the genitals. The average number is 350. Children are most contagious one to two days before the blisters appear and six to seven days after the onset of the disease. However, the risk of infection does not go away until the last crusts have fallen off.

According to the frequency of complications found in studies, chickenpox cannot be considered a "completely harmless" disease, the foundation emphasizes: around 16 percent of patients develop a severe course of the disease; 5.7 percent have complications, especially bacterial super infections.

As a rule, the children scratch the itchy blisters, bacterial inflammation is often the result. Pneumonia is also a relatively common complication, encephalitis a rather rare complication. The disease can also be particularly difficult for families, especially if several children are affected.

Only a few years after the introduction of vaccination, diseases and complications in Germany have decreased significantly. Between 2005 and 2012, the number of chickenpox cases reported per doctor’s office fell by 85 percent from an average of 4 to 0.6 cases per month and practice. The decline spanned all age groups and was most pronounced among one- to four-year-olds at 92 percent.

Another advantage of vaccination is herd immunity, because the number of diseases decreased even in infants who have not yet been vaccinated and in adults. The number of complications reported also decreased by 93 percent.

According to the diagnostic statistics of the hospitals, only three out of 100,000 children under the age of 15 had to be treated with chickenpox instead of twelve. Before the vaccination was introduced, around 750,000 people had chickenpox in Germany each year, including around 310,000 infants and toddlers aged up to five years (41.5 percent).

Only around 22,200 chickenpox diseases

The current statistics provide proof of the success of the vaccination: in 2017, only 22,206 chickenpox cases were reported. 83 percent of those affected were not vaccinated. There were also deaths, but not among children: a 59-year-old and an 82-year-old woman died of chickenpox.

"The fact that childhood is the least dangerous part of life is largely thanks to vaccinations," emphasizes Professor Berthold Koletzko from the foundation and advises: "Parents should use every opportunity to prevent diseases in children through vaccinations. Chickenpox is one of them. "