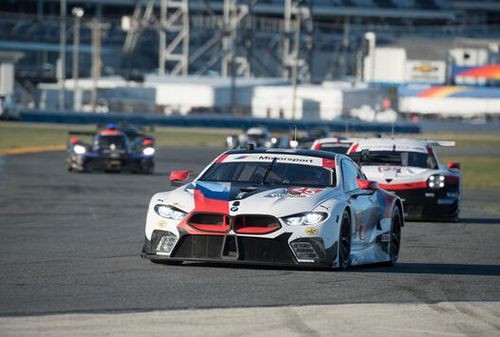 The Roar before the 24 featured 40 racing cars in early January. This test is mandatory for participation in the 24 Hours of Daytona. The field for the great IMSA classic is now largely clear.

The Daytona 24 Hours is the annual season opener for the American IMSA series. In 2020 the classic will take place in East Florida on the weekend of 25/26. January. Before that, the ‘Roar before the 24’ will take place from January 3rd to 5th. This is the official pre-test, which is also mandatory for participation in the race. Accordingly, the Roar Entrylist already allows a conclusion on the starting field for the 24-hour race.

A total of 40 vehicles were registered for the Roar test. If none of these cars were withdrawn, 40 racers would also be at the start during the racing week. As usual, the field is led by the DPi (Daytona Prototype international). Eight of these LMP2 derivatives will be included in 2020. This is a loss compared to 2019, when eleven DPi were still in Daytona.

The largest faction again provides Cadillac with four vehicles. Two of them come from JDC-Miller MotorSports, one of which runs under the name Mustang Sampling Racing. Action Express Racing (as Whelen Engineering Racing) and Wayne Taylor Racing (as Konica Minolta Cadillac DPi-V.R) are also back. Acura provides two DPi through Team Penske. There are also two Mazda DPi from the German team Joest, although the future of this collaboration is currently questionable.

The LMP2 class has regained strength. Seven vehicles have been registered there. PR1 / Mathiasen Motorsports has doubled its lineup to two Oreca 07. Performance Tech Motorsports, DragonSpeed ​​USA, Era Motorsport and Tower Motorsport by Starworks also trust the chassis from southern France. The Multimatic / Riley Mk.30 is experiencing a return to the competition. This LMP2 was last used in racing in 2018 – also in Daytona. It is considered the weakest of the four LMP2 constructions. Ligier JS P217 and Dallara P217 are not there again.

In the GTLM class, the field shrinks to seven participants after Ford ended its program at the end of the 2019 season. Porsche is sending two of its new 911 RSR into the IMSA competition for the first time. Corvette sends two C8.R, which even make their race debut in Daytona. The two BMW M8 GTE and the Ferrari 488 GTE Evo from Risi Competizione are also represented again.

A total of seven free training sessions are held at Roar before the 24. There is also a qualification for each of the four classes, which decides on the allocation of pit and paddock spaces during the racing week. Here is the Entrylist of the Roar test for reading.