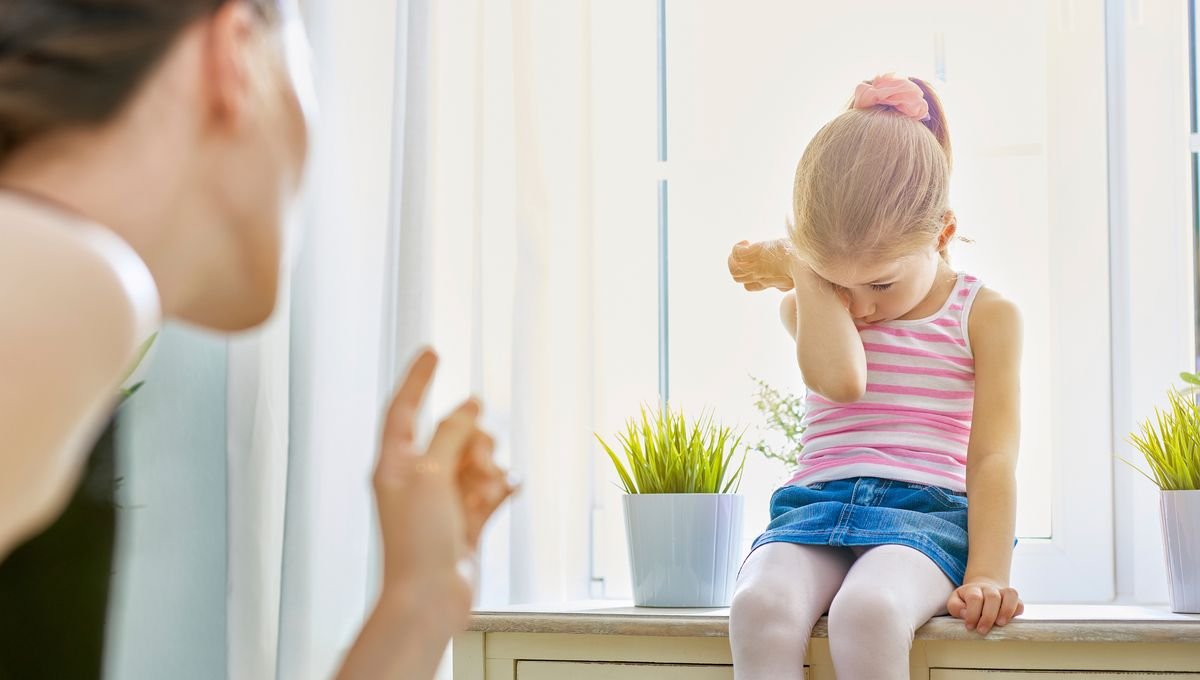 Researchers have found out why children are losing. Because parents make some really stupid mistakes. You’d better avoid this.

Okay, we should all take a deep breath before reading on. Scientists have found out what kind of parenting mistakes we are using to prevent our children from becoming successful later on.

You are more likely to be on the losing side in life. Some of our habits can even cause children to develop depression and anxiety disorders as adults, the researchers say. Therefore: read, take a deep breath and then do everything better.

We have our favorite sentences: put on slippers! Close the jacket! You’re still too small for that! Much too dangerous! I’ll do it! You shouldn’t! Hm, maybe we should just shut up. Because a study by Vanderbilt University has found that too much control has negative consequences for our children. If children are hardly given responsibility, they would have less self-confidence later in life and would not be able to get through everyday life independently.

Lesson: Help children act independently and take responsibility for their lives. In this way, they learn early on to handle conflicts better and to enter into deep relationships, to better resist peer pressure and to express their own opinions.

Parents shout at their children

If parents raise the shrill voice, insult the child or swear in his presence, this can have lasting consequences for the child’s well-being. So if we just want to shout: "Finally clean up your room!", Pause briefly, swallow and express the mother’s wish in a somewhat milder tone. "This is difficult for parents because they are in a vicious circle: Difficult behavior in children often makes them want to verbally crack down," say the researchers from a study by the University of Pittsburgh. But it is like this: Verbal punishments could lead to behavioral disorders or depression.

It’s not so bad now to want to be part of our children’s lives. But if we overdo it with our care and over control and mother our children, it can later lead to anxiety and depression in children. Researchers at the University of Tennessee found that children of so-called helicopter parents later use tablets more often to relax. They are less happy with their lives.

Very important: children need regular bedtime. If the sandman fails, children tend to be hyperactive and often have social and emotional difficulties. In addition, irregular sleep times can negatively affect brain development. Fixed bedtime is particularly important at a young age when children are going through important development phases. "This affects health later in life," British scientists have determined.

"Sesame Street" or "The Show with the Mouse" are okay, at least for children between two and a half and five years old. Otherwise: Too much television is not good for children, especially in the first three years of life. They are inhibited in their language development and are more likely to tease their classmates or friends in kindergarten and school. Studies also show that attention is disturbed and that children have greater difficulty reading and arithmetic.

The worst parenting style? The authoritarian, says the renowned psychologist Diana Baumrind. Authoritarian parents raise their children by punishment and avoid open discussions about problems. They force their children to obey and thus hinder their personal development. For example, according to a study, children who are brought up in an authoritarian way perform worse at school – because they do not understand why they should learn for school. They only hear: "You have to be good at school because I say that!"

We recently read in the Wall Street Journal (pah, where else?) That parents are too distracted. Smartphones in particular are a risk factor. This is what a study by Pensylvania State University believes. If our attention should actually be on the children (playing football, blowing their noses, at the pediatrician), we will be more and more often on-line and therefore with our thoughts not completely on the matter. Hmmmh ?

Children who experience little affection and praise will have severe problems later. They are very insecure as young adults and tend to isolate themselves.