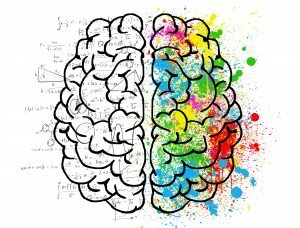 15-year-old Jonathan from Munich suffered a stroke in the early morning. He was lucky and survived, but the cause is still unknown. When children and adolescents come to the emergency room of a hospital, one usually does not think of a possible stroke. This mainly affects older people, and the risk of stroke increases proportionately with increasing age. The average age of a stroke is 69, but children and adolescents can also be affected.

Stroke at a young age

In Germany, up to 270,000 people suffer a stroke every year. Almost 80% of those affected are over 60 years old. However, Jonathan was only 15 when he suffered a stroke. Together with his mother, he went to a Munich clinic because he didn’t know what was happening to him. Only through the qualified intervention of the specialists is he still alive today. Such patients as Jonathan are extremely rare or not found in everyday life in a stroke unit. Experts estimate that the proportion of children and adolescents who are affected by a stroke is around 0.1 percent. It has to be said that the undisclosed number of undiagnosed strokes in children and youth significantly higher should lie.

Every affected child can suffer just as serious damage as in adulthood. Statistics show that 40% of stroke patients die in the first year after the attack. In addition, a stroke is the most common reason why a person suffers from a disability throughout his life.

Several people did the right thing with him: his mother, the the Immediately interpreted symptoms correctly and immediately informed the emergency doctor and the doctors, who were able to apply an optimal treatment concept through good information transfer and a certain "time advantage".

The Munich Children’s Clinic benefited not only from extensive experience, but also from the existing emergency equipment. The congested cerebral artery in Jonathan was permeable again just two and a half hours after the stroke.

A new type of surgery helps with stroke: stent retrievers

The chief radiologist at Schwabing Clinic, Dr. Andreas Saleh explains as follows: “If this vascular occlusion had not been treated in time, then only a miracle could have prevented paralysis on one side”.