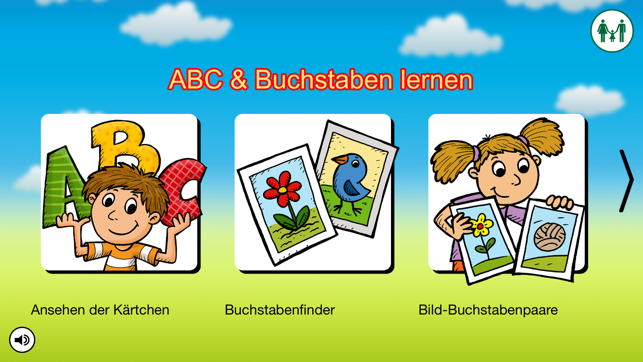 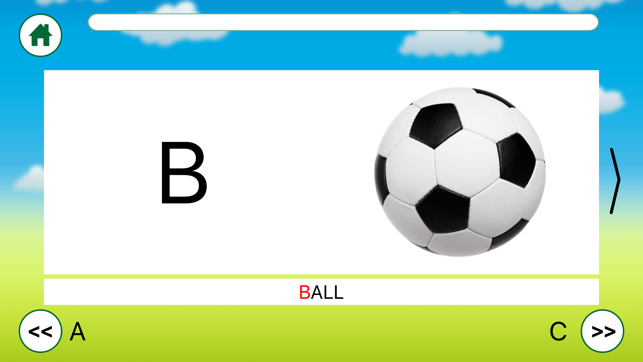 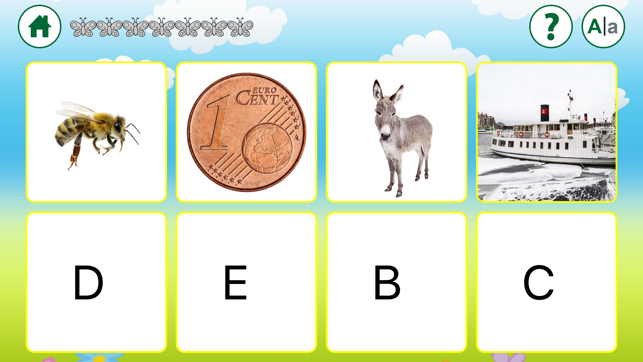 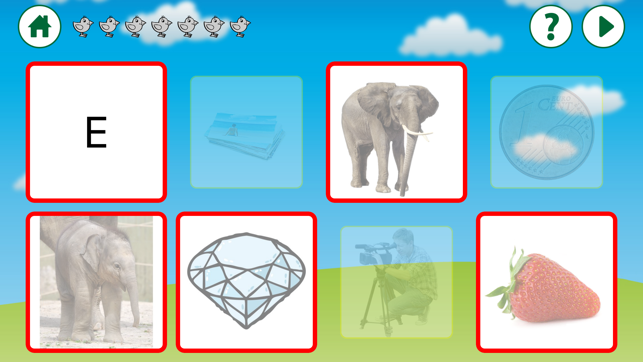 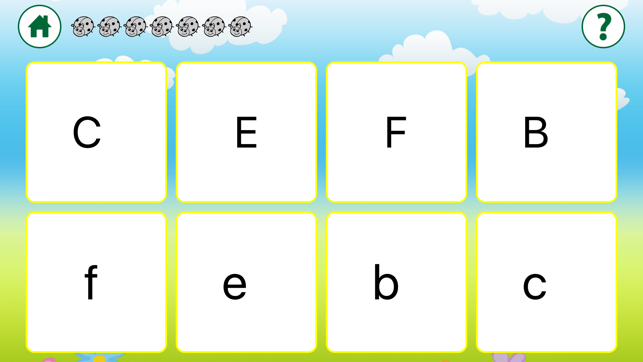 "ABC & Learn letters “is an interactive educational game for the German alphabet with beautiful pictures. The ABC for children was together developed with speech therapists and German teachers and tested by children.

The app contains 5 educational games with letters and pictures for children between 4-7 years.
1. Looking at the cards (getting to know the letters)
2. Find the right letter
3. Image-letter pairs
4. Large and small letter pairs
5. Find the right pictures

The words are spoken by a German speech therapist with a clear pronunciation. The pronunciation of the letters is based on the requirements of 1st class.

The freeware version only contains the letters A-F.

The app is automatically set up for the smallest children / beginners at the start:
– only long vowels / self-sounds (evening – yes, monkey / short A – no),
– only words / syllables without consonant connections (camel – yes, crane – no),
– only one way of pronouncing each letter (bird – yes, vase – no),
– the letters Ä, Ö, Ü, Q, Y and letter combinations such as EU, AU, EI do not appear.

In cooperation with the speech therapist, only those words were selected for the app that are suitable for the youngest learners. The game does not include words with complicated letter combinations at the beginning that are not suitable for children to learn.

The free version only contains the letters A, B, C, D, E, F, Ä and consonant connections (AU, BL, BR, DR, EI, EU, FL, FR). In part "For parents" you have the option to purchase the full version.

Game 1: look at the cards (get to know the letters)
The children are introduced to the appearance and sound of the individual letters using various cards. The full version includes 921 images / words. The level of difficulty for the exercises can be selected in the parent area (difficult words such as astronaut, auto mechanic, etc. are better suited for advanced users).