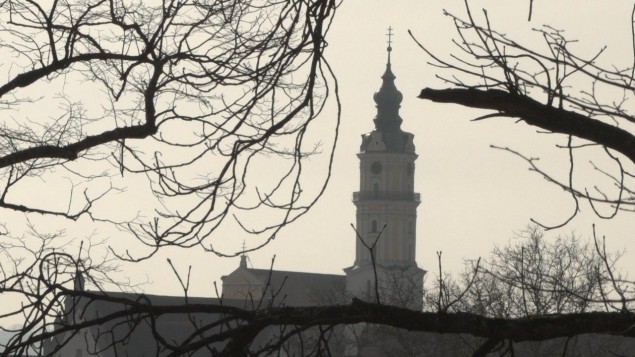 Beatings, humiliations, sexual abuse – atrocities that occurred in the former Donauwörther children’s home "Holy cross" should have been the order of the day. Those affected work up the traumatic memories with the diocese of Augsburg.

"Yes, there are some memories – but up there, where the two lions are, we are always out and in."

We – Dagmar, now 58, means the children of the former children’s home Heilig Kreuz in Donauwörth. From a safe distance, from a promenade down by the Wörnitz river, Dagmar looks at the monumental building on a small hill:

"I’ve never stopped like this before, so I looked up: You can see the room, the garden – that evokes memories."

She also has fond memories. As they played here as children, outside, outside the walls of the Holy Cross:

"The freedom you had in the garden was limitless. What I still remember: There was a big tree, I can remember exactly, that was my refuge, I often climbed up there, I was just there for myself."

Beatings from the home manager

To be for yourself meant to be safe. But inside, behind the many windows, there was a hard regiment: beatings and psychological abuse were part of everyday life for the home children. They had to kneel on hangers for hours, eat vomit, were regularly beaten up – by teachers and him: the monsignor, the former home manager, the priest Max Auer.

"In the confessional he said you would come over to my house afterwards, where he lived, and then you would be beaten", Dagmar recalls. For many decades, nobody in Donauwörth wanted to know anything about this abuse. Dagmar and her sister Marsha had taken several years to do so, told the diocese and the foundation’s abuse officer about their experiences – and asked for publication. In vain.

Then finally half a year ago year an avalanche breaks out in the media, including Deutschlandfunk Kultur, reporting on the incidents. Other victims report, tell of the atrocities and that at least two boys and one girl were sexually abused at the time.

A round table will be called in April. There are people who have never told anyone about these bad experiences like this man – he may be in his late 50s, lean, he rubs his arm, kneads his hands – talks about what he had to experience back then, every day. Finally, he says, he can finally talk about it:

He served the priest Max Auer at mass every morning. Stefan Schmid swallows. It went on for over two and a half years. He never told anyone about it:

"Who should I have talked to? He sold it to me in such a way that it belongs, church and God wanted. And anyway, things had happened in the home where you didn’t know what was going on. And there was nobody there who could have been trusted, what should have been done, who could you have turned to? Nobody was there."

He didn’t entrust himself to anyone as a boy – and not as an adult. Not even his partner. Only when he heard on the Bavarian radio from the two sisters who reported about the severe abuse in the children’s home, did he dare. Get in touch with the abuse officer of the diocese of Augsburg and talk about all of this.

Silent – Cornelia Heiderich has that too. For years: "Max Auer. I was always allowed to play the piano on his lap. When the housekeeper wasn’t there, I had to touch him immorally, between my legs and so on, I was twelve Years old, you couldn’t say anything. We would not have been believed – and we were afraid that we would be threatened – if you say something, then …"

There would have been a beating, just like that. When you talked to the others at night or when you went to bed. Cornelia Heiderich pulls on her cigarette, her hand trembles:

"Taking tranquilizers today, otherwise I would not have gotten through it, but it is good that someone takes the matter seriously and nothing is swept under the table."

It was different for decades. The diocese of Augsburg has only recently spoken of the need for complete information. The Bishop of Augsburg, Konrad Zdarsa, has ordered the incidents in the children’s home to be processed. Peter Kosak, director of the Cassianeum Foundation for several months, coordinates the whole thing:

"I had a few minutes to compose myself, dismayed is a classic understatement, because in many places you don’t know what to say. So it hit me deeply."

Marsha and her sister Dagmar attended the first round table meeting in April. Everyone in the home distrusted everyone – even the children did not speak to each other about what happened to them. The descriptions of the others are now all the more stressful, says Marsha. She has been undergoing psychotherapy for years, so she has not been able to work for a long time. 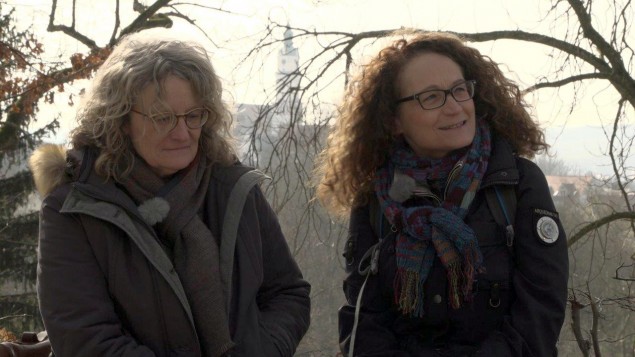 For years the two sisters have been fighting for the publication of abuse cases in the Catholic children’s home Heilig Kreuz in Donauwörth. (Deutschlandradio / Judith Zacher)

After these conversations, she and her sister fell into a deep hole:

"I’m fine now. After the table and the newly uncovered acts connected with it, I felt bad for many weeks. What was initially shattering is the fact what happened to each of them. And it basically confirmed the scale. In the end it was also very nice for all of us, friendships were formed. I realize – and even those who meet, everyone says that – how important and wonderful it is that they now have the opportunity to finally talk about it. In some cases, the partners didn’t even know what happened to them – and how it shaped all of life."

"I was able to open up well"

In the meantime, she has also spoken to the lawyer Manfred Prexl. The former president of the Bavarian Higher Regional Court belongs to the working group called by the bishop to investigate the incidents in the children’s home. She should tell him everything exactly. Review your experiences step by step. Not an easy situation:

"He questioned a lot – always with the tenor, it can, but does not have to. I thought that was great, I was able to open up well. It was another important step, I think. He will make the summary, wants to publish it too, we are excited to see what comes out of it."

Prexel has experience in the subject – he has worked on several occasions on a voluntary basis to deal with such cases. So far, he has held talks with 13 affected people in Donauwörth. He wants to list the individual acts of violence in the report – anonymously, of course. He also interviewed former educators. As the home children agree, there were also nice teachers. Not everyone harassed the children at the time. But shouldn’t they have noticed something? Prexel suspects:

"Perhaps they sensed the incidents, but the director’s so dominant personality – not daring to say anything and probably cannot bring about any change."

Apparently, no one lives from those who used violence who could be held accountable. Nevertheless, the events should be worked through as precisely as possible. In addition to these surveys, there is also research in the archives, says foundation board member Peter Kosak.

Historians collect everything they can find on the subject of children’s homes, from certificates to entry lists to photo albums. To find out as much as possible and get answers to open questions:

"Wherever we are in the dark: why is this Been closed at home? Would also be conceivable that there were reasons. Perhaps they could be answered – not stipulate, only intermediate status, not yet in public."

This should happen as soon as the research is completed. Maybe a case became known back then? Perhaps a child once spoke about what everyday life looked like behind the walls of Heilig Kreuz? Maybe that was the reason for the sudden closure in 1977? Everything should be summarized in a report and, after consultation with those affected, also published. The amount of the compensation payments should also be discussed again – not only about the cases that have only recently become known, but also about those of the few who have already received something. And a plaque at the Holy Cross Monastery is supposed to remind you of this dark chapter in the history of Donauwörth.

"We are heard now"

Without the two sisters Marsha and Dagmar, all of this would probably never have happened. It took decades and it was only through their courage and persistence that it got this far. We’re being heard now, Marsha says, almost a little happily:

"So far, my expectations regarding the information have been more than fulfilled, I am satisfied. For me personally, this is a way of working up and a little piece of saying goodbye to painful memories of the time at the Heilig Kreuz children’s home. Maybe even a little reconciliation as much as possible. I’m also curious to see what the research has shown in total. It is not over yet."