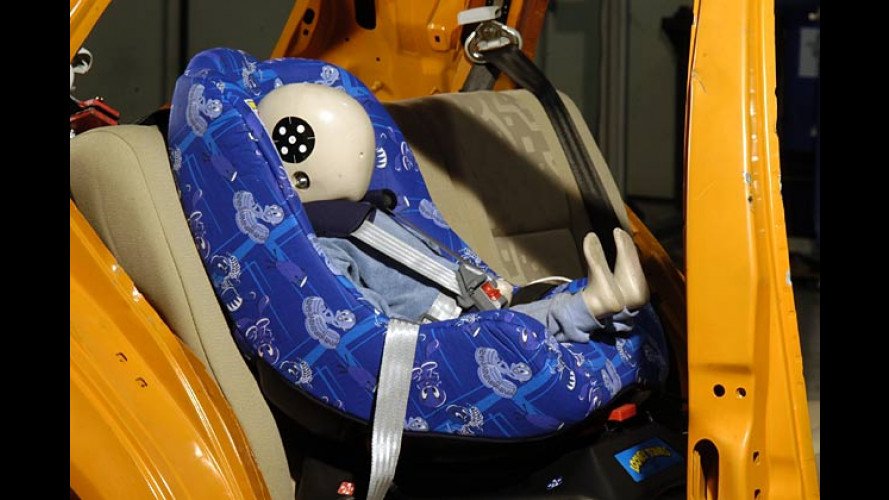 More than half of the products failed

The automobile club ADAC has checked the safety of cheap child seats for the first time. Alarming result: Of nine models tested, five failed. They received the worst possible grade poor. Three achieved the grade sufficiently and only one seat was able to give the examiners a satisfactory rating. The Child seats cost between five and 85 euros and are available throughout Germany in DIY and hypermarkets, in the accessories trade and in the mail order business.

Miserable assembly instructions
The was sufficient "Kids in the Carry Easy seat" (35 to 40 euros, zero to one year). The risk of incorrect operation was enormous due to the confusing size adjustment, and increased load values ​​were found during the side crash. Also the "IWH Kids Club" (ten euros) for children from nine months to four years received a sufficient. The assembly instructions had significant shortcomings. Seat shell and impact shield proved to be fragile. The "Uniropa child seat booster" (five euros) for children between four and twelve years old can only be used as an emergency solution. Increased load values ​​for front and side crashes were measured.

Only one model satisfactory
The only model with a satisfactory grade was the "Uniropa Navy" (40 euros). This seat for children aged four to twelve years had good belt geometry and good side support. Despite the frightening results, the cheap child seats with the grades offer satisfactory and sufficient but still more safety than a mere vehicle belt. The legislator allowed with good reason not that children under the age of 12 travel unsecured in the car.
(Pk)