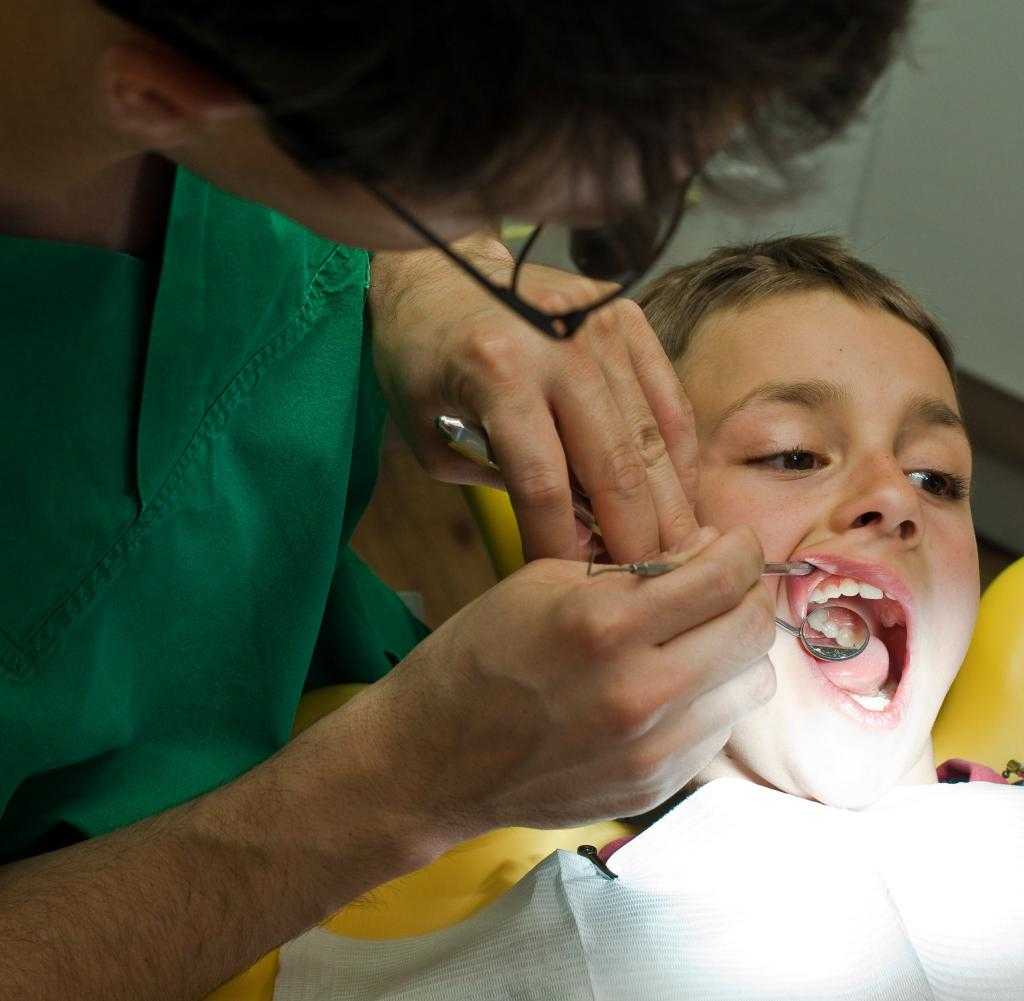 A visit to the dentist is painful – not only physically, but for many also financially. Since the dentist fees for private services increased at the beginning of the year, patients have to reckon with significantly higher bills for crowns, bridges and inlays.

According to estimates by the federal government, the new private fee schedule will increase dentists’ fees by around 345 million euros per year. Patients will have to pay most of this out of their own pockets.

The Central Association of Statutory Health Insurance Funds (GKV) wants to monitor the “parallel market” of private dental services more closely. But even if the control authority came: This is of little use to the consumer for the time being. Who does not want to remain sitting on high dentist costs, an auxiliary insurance should lock.

Cash subsidy is not enough

Ceramic crowns instead of cash crowns, implants instead of bridges and inlays instead of amalgams – for all this, patients have to put on their teeth properly. Because the subsidy paid by the health insurance companies is not enough for the high-quality treatment, which is billed to the dentist as a private service.

After all, there are already 13 million supplementary dental policies for private provision in Germany – and they are increasing every year. The central association of the GKV sees the development with concern and senses the danger that dentists increasingly bill according to the Gebührenordnung für Zahnärzte (GOZ), with which private services are invoiced, instead of according to the simple health insurance model.

“Even if a small part of a dental prosthesis is a private extra, the dentist can invoice the entire service according to the more expensive private fee schedule,” says Florian Lanz from the GKV-Spitzenverband. “There is a great incentive to do so.”

Private accounts of dentists must be better controlled, according to the central association. Dentists’ associations, however, consider the initiative of the umbrella association to be misguided: stronger controls are unnecessary.

“Dental services outside the GKV catalogue were billed according to a fixed scale of fees, according to the German Dental Association. The federal chairman of the free federation of German dentists, Karl-Heinz Sundmacher stresses: Each patient signs the cost estimate and knows, on which he gets involved. 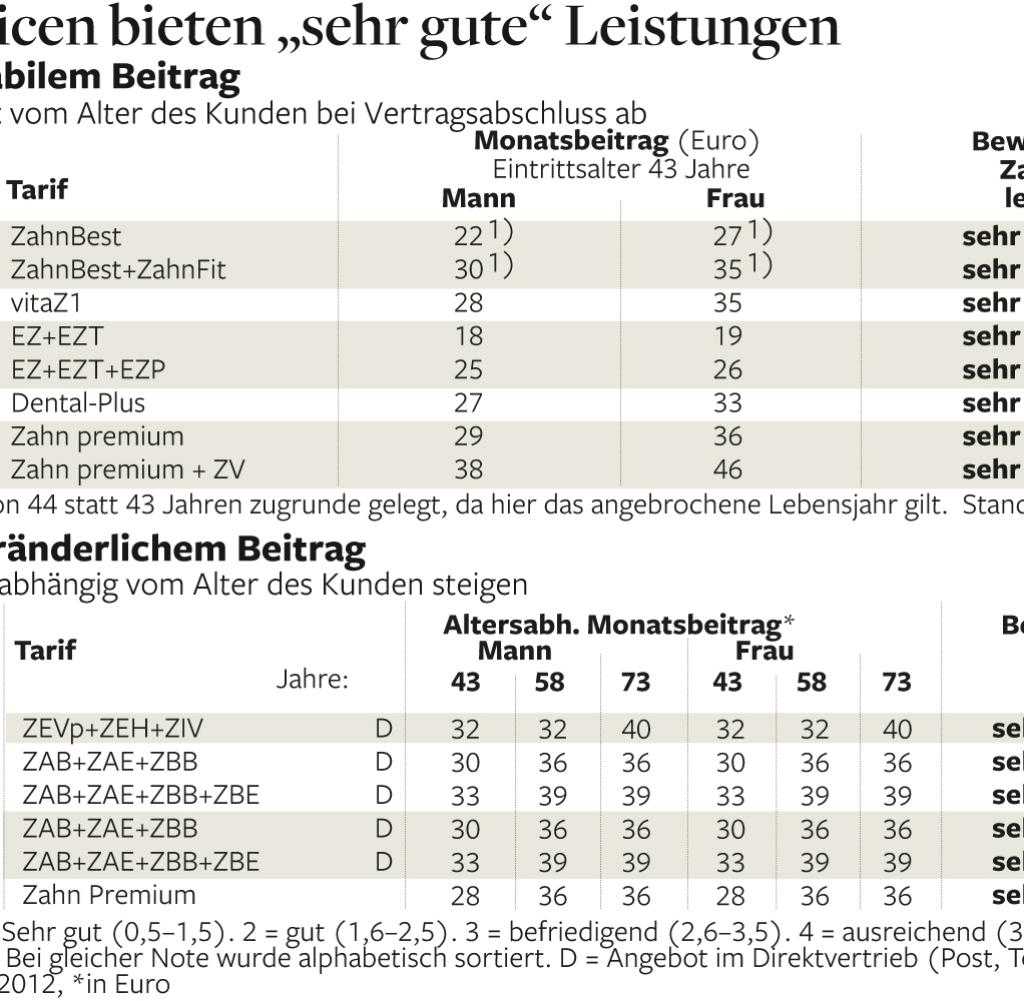 But all this political sabre-rattling is of little use to the patients. The matter always remains expensive, even if the patient knows what he will get financially after the treatment – especially when it comes to high-quality care outside the fixed health insurance subsidy.

Relaxation is created by either a full bank account or a good supplementary insurance that covers large parts of the dental prosthesis. Stiftung Warentest recently took a close look at 147 tariffs.

“It is worthwhile to conclude one of the 33 tariffs with ‘very good’ services for dental prostheses”, says Hermann-Josef Tenhagen, editor-in-chief of “Finanztest”. However, this only applies as long as no problem has been identified. Because: “Only what is healthy today is to be insured in the future”, emphasises Tenhagen.

After all, a high-performance supplementary insurance covers a large part of the costs incurred for dental prostheses such as crowns, inlays or implants. Stiftung Warentest has given a “very good” rating to all those who, after deducting the fixed subsidy, pay either all or about 90 percent of the costs for the dental prosthesis.

The insurance contracts cost between 18 and 49 euros per month with an entry age of 43 years. This is expensive, but the “very good” insurances pay up to 2300 Euro per tooth for an implant restoration and cover the costs for inlays completely.

There are hardly any pure supplementary dental insurances that only provide dental prostheses. Depending on what patients value, some tariffs offer attractive additions such as professional tooth cleaning, root canal treatments, grinding splints, plastic fillings, acupuncture, periodontal treatments or orthodontic services for children and adolescents.

Each extra increases the price – but can also be very useful. Therefore, it is important to determine the demand beforehand.

A good policy clearly states what and how much the insurance pays. Many tariffs promise “100 percent” – but the question is: of what? In most cases, the “100 percent policies” require a double look. Often enough, the insurance only covers 100 percent of the cash subsidy.

With an implant, for example, this is unfortunate, because the health insurance only pays 387 euros in addition (the part for a bridge). If the patient receives the same amount from the supplementary insurance again, this is more than nothing, but does not cover the costs for an implant, which can be up to 3000 euros.

Annual reimbursement limits in the first years of the contract are customary in the new tariffs and make sense. They also ensure that costs do not get out of hand and that the insured is not confronted with unexpected premium increases.

It is also worth taking a look at the new insurance policies for patients who already have an additional contract. Stiftung Warentest has found that sometimes the old tariffs are much cheaper than the new ones and at the same price. Before the notice of termination consumers should determine however whether the new insurer takes it up actually. An alternative is often a change within the past insurance enterprise into another, more favorable tariff.