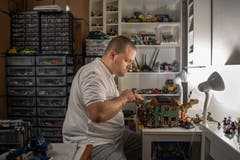 Sacha Wittwer sits in the middle of his kingdom. The Lego fan stores around 150,000 individual parts in the cellar. (Picture: Thi My Lien Nguyen / NZZ)

The singer David Bowie is still alive. A Tyrannosaurus Rex too. And the yellow submarine of the Beatles actually exists. In the realm of Sacha Wittwer everything is possible. He simply assembles sceneries. The 34-year-old stores 1100 Lego kits in his cellar. About 150,000 parts are either built into figures on shelves or piled up in countless boxes. Wittwer is a so-called Afol – an Adult Fan of Lego. 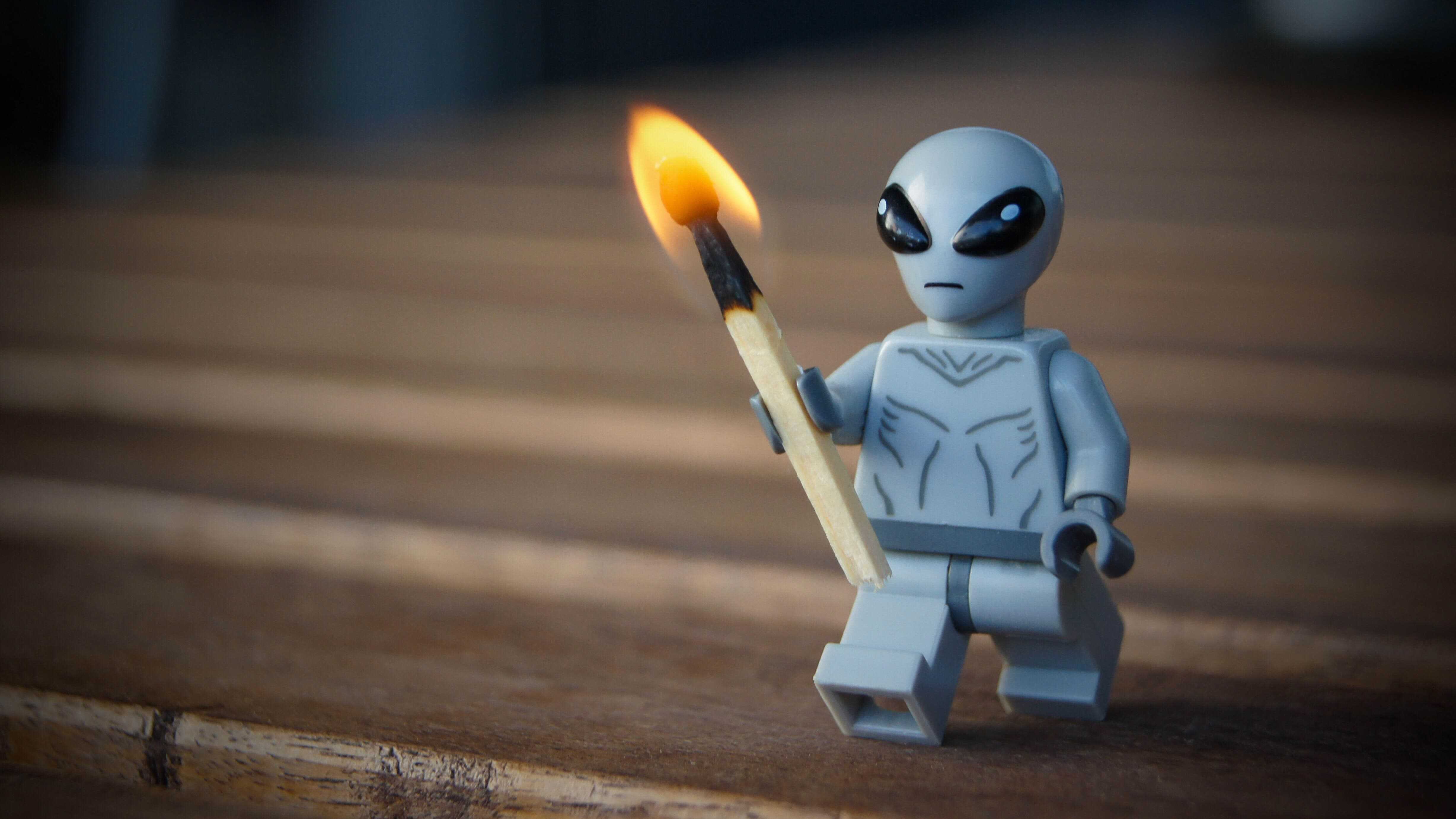 Adults playing with Lego: Sacha Wittwer is an Afol, an Adult Fan of Lego

There are many adult Lego collectors all over the world. The cult blocks are so popular in Great Britain that last year the best and most creative Lego builders were crowned in a talent show on Channel 4. Two Afols have won. The series will be repeated this year. Adults have also discovered Lego in America and Asia. In Switzerland, however, Sacha Wittwer feels more like a “freak” than a television star when he tells strangers about his hobby. He has come to terms with it. “I’d tell that in an interview, too; my passion for Lego is part of my personality,” says Wittwer. Nevertheless, he lacks personal contact with other Lego fans.

In the virtual world, however, the Basler is anything but alone. 23,000 subscribers follow his Instagram profile “sachabricks”. That’s not much in a global comparison, but it’s a lot for a Swiss. Wittwer photographs figurines and colored constructions. In the basement compartment he has built a small photo studio on his desk with two bedside lamps. For the perfect photo, however, he also lies on the floor outside. 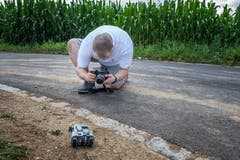 Under hashtags like #Lego or #Afol, more or less professional fan photographers share their pictures with the community. Collectors also present their new products on Youtube and blogs. Lego no longer lives only in children’s rooms.

Adults as customers with purchasing power

The toy manufacturer has discovered the customers with the purchasing power. In the meantime, the group is creating products for adults – for example a spaceship from the Star Wars films with 7500 parts. The price: 1000 francs. The adult fans played an important role for Lego, confirms the German press office on request. That is why they are in contact with 250 so-called RLUGs (Recognized Lego User Groups) worldwide. Around 400,000 registered members in 50 countries are part of these groups. Lego offers them special offers and organizes events.

There are also two such groups in Switzerland, one in German-speaking Switzerland and one in Welschland. Together they have 220 members. Sacha Wittwer is not one of them. He wants to sit together less with others and build something; what he lacks are people of his age who, like him, are active in social networks and with whom he could, for example, go on a Toy Safari. These are meetings of Lego photographers in a foreign city. Everyone brings their own characters with them and stages them in their new surroundings. Wittwer suspects that Lego fans in Switzerland are less likely to be exposed to social networks because they are ashamed of their hobby. “People might think you’re crazy,” he says. 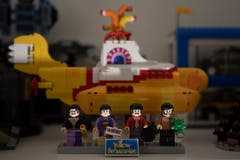 The Beatles’ “Yellow Submarine” is on a shelf in Sacha Wittwer’s basement. (Picture: Thi My Lien Nguyen / NZZ)

Wittwer discovered his passion for Lego by chance five years ago. While on holiday in Hungary, his long-time girlfriend looks at make-up in a Müller branch and strolls through the shop. When he sees an excavator from Lego in the frame – still with a discount – he thinks he has already spent 20 francs more stupidly. When he later assembles the set, his girlfriend realizes: “If you’re on a cell phone, you can’t talk to me at the same time. I can build Lego.” Wittwer thinks: “That’s perfect.” And he travels home with two Lego sets in his suitcase. In his parents’ attic, he digs between cobwebs for boxes from his childhood. On Instagram he enters the search term Lego. Wittwer discovers the parallel world in miniature.

The Danish toy manufacturer Lego is currently the most valuable toy brand in the world. In 2003, the company was well on its way to bankruptcy. The company management decided to change its strategy. Instead of continuing to diversify strongly, Lego focused on one core product: Lego bricks. The company skillfully secured rights to characters for feature films such as “Star Wars” or “Batman”. Since then, the heroes have been standing in children’s rooms and on collector’s shelves. Lego 2014 also produced its own film. The second part will be released next year.

For some years now, headlines have been appearing again and again that unopened Lego packs are better investments than stocks or gold. In fact, particularly limited sets are experiencing large increases in value. Wittwer, who works as a computer scientist at a bank, does not earn any money with his hobby. But every now and then online shops give him Lego figures, which he then advertises on his Instagram profile. “I’m happy about every little thing,” he says. He doesn’t see the building blocks as investment objects, even though he estimates the procurement value of his collection at 30,000 francs.

Wittwer does not set a concrete limit. He spends about 100 to 200 francs per month on Lego. He reserves five to six hours a week for his hobby. But he is very anxious that his girlfriend doesn’t miss out. “She has a lot of understanding, but I would find it unfair if I only looked at myself,” he says. The two like to travel on hiking holidays, for example in national parks in America. In Sacha Wittwer’s suitcase, a few colourful little companions travel with them.