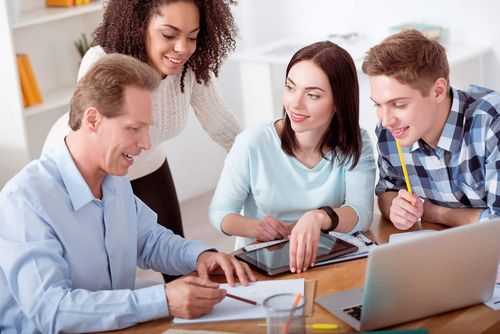 Who does not know this rhyme? “Haribo makes children happy.” In the early ’30s, this ad copy was written by an unknown copywriter. As a reward he got 20 marks. Today almost 80 percent of all German children know the advertising slogan – “and adults as well”. But not only in the confectionery department, but also in the spirits department, numerous advertising practices made for amusement.

Sayings from the liquor department

For the Altbier Hannen Alt developed the recruiters of Springer & Jacoby 1992 the rhyme: “Relax with Hannen.” Advertising consultant Achim Aschke conceived the slogan for the brew of the brewery Binding: “You and me Binding beer.” The competition had a similar idea with: “Men like us. Wicküler beer! “However, this advertising was carried forward by three Musketeers with drawn sword, so the question remains, how many German beer drinkers probably felt addressed by this campaign.

Particularly busy Reimer found themselves for Schinkenhäger, the traditional drink from the clay bottle. As a justification for all level drinkers was sealed: “Drink it moderately, but regularly.” To be quite sure that no one remains dry, the request followed: “The one with the ham you have to drink.” For good mood caused the following saying: “Good will always be the mood, you give Schinkenhäger.” And finally, the unproven assertion followed: “Schinkenhäger makes you brisker.”

From horror and digest

What rhymes with women? Right: Horror. This is exactly the feeling that is triggered by the following rhymes about binding. “Camelia gives all women security and self-confidence.” And for the tampons of the same manufacturer advertised with the Inreim: “For women who dare to be quite a woman.” Since I dare to continue reading. Completely painless was also advertised for this headache remedy: “When pain becomes agony – Togal brings quick help.” An advertising slogan based on the motto: What does not fit, is made suitable. Since it makes you happy about a sober message of salvation like this: “If the constipation is still so great, Darmol solves the problem famos.” Whether this remedy can also provide a writer’s block remedy?

Rhymes on the product name

What is a recipe for success at Haribo, does not work for all products by a long way: namely the attempt to find a meaningful rhyme on the product name. With this showering agent by poetic inspiration a nice pun: “Badedas – Das Bade-As.” However, the advertising slogan for this sunscreen is rather embarrassing: “Delial tans ideally.” I find the slogan for this universal detergent completely uninspired: “The new Spee is ok! “Why should a housewife buy a product that even the advertising specialists are not really convinced of? A more successful rhyme can be found in the cigarette industry. Just fill in the missing word and you know what kind of stink is meant: “Test the …”

Bagging instead of scrapping

Even in times of crisis, the rhyme in advertising has not lost importance. On the contrary. While the Federal Government talked about the scrapping bonus, I came up with the following slogan for the advertising agency conception, where I am employed as a copywriter: “Sinking instead of scrapping.” An appeal to the bargain hunters and premium hamsters of our time. Even a difficult topic such as FEM simulation can be summed up in just three words: “Simulate instead of risk.” And if nothing works, then this saying goes: “Innovation by Tradition”. For the exact phrase Google finds over 5,400 hits. This advertising concept does not seem too innovative.

Which advertising practices do you like best? Which sayings do you turn off immediately? I’m grateful for every suggestion – for the next part of the article series “Rhymes in advertising“. In it I will introduce to you, among other things, some advertising about cleaning. PS: You are a master of poetry? Then you do not need my tips for rhyming yes.