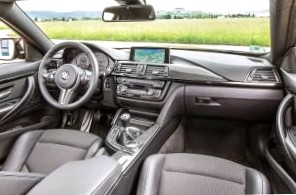 No new car buyer should do without air conditioning or automatic climate control these days. What was considered a luxury around 10 years ago is now standard at most car manufacturers.

Pleasant air conditioning in the car contributes to an increased sense of well-being for the vehicle occupants, especially on hot summer days, and has a positive effect on the driver’s ability to concentrate. If you only ventilate through the windows, you’ll quickly notice that warm air is flowing inside. In traffic jams, air-conditioning aids protect passengers from heat stroke.

In addition, an intact cooling system is an important selling point to achieve a reasonable resale value when the car later ends up on the used car market. retrofitting cars with a compressor and a control unit is usually cumbersome and disproportionately expensive.

More flexibility with the automatic system

A conventional air conditioning system usually only cools in one stage, which can be regulated to a very limited extent via the strength of the blower. The automatic system, on the other hand, works with interior sensors, reducing or increasing the interior temperature according to the driver’s specifications, z. B. To 21 degrees, and then ensures a constant climate. This has the advantage that the car’s air conditioning can be better adapted to the outside temperatures. On hot summer days, for example, it is not advisable for health reasons to set the air conditioning in the car to "refrigerator strength", because strong temperature fluctuations often lead to colds. With automatic air conditioning, the temperature can be controlled more flexibly than with the air conditioner, which only has the settings very light to very strong.

A question of economy

The automatic compressor works only when the sensors detect a difference between the desired and actual heat level. Otherwise it turns itself off to save energy. This mode of operation is more economical than that of the manual system. In summer or winter, the latter often runs at full speed for a long time after the driver has boarded the vehicle, until the temperature drops too low (e.g., in the winter). B. 16 degrees) or temperatures which are too high (e.g. B. 25 degrees) set. When using an air conditioning system, it is often necessary to correct the air flow every minute. This is not only annoying, but can also impair the driver’s concentration and safety.

Another advantage of automatic systems is often better distribution of the nozzles. With manual air conditioners, the air usually blows frontally and unpleasantly into the passengers’ faces from central openings. In the case of the automatic system, the air circulation can be better regulated. For example, the driver has the option of using the air vents on the side or in the footwell more intensively. This function is particularly pleasing for cold feet in winter.

Multi-zone climate control is a special variant of the automatic system that differentiates between several climate zones in the car. In most cases, both the driver and the front passenger have the option of setting a desired temperature for their seat or for the passenger. Selecting the left and right sides of the car. Rare are the adjustable zones for the rear passengers.