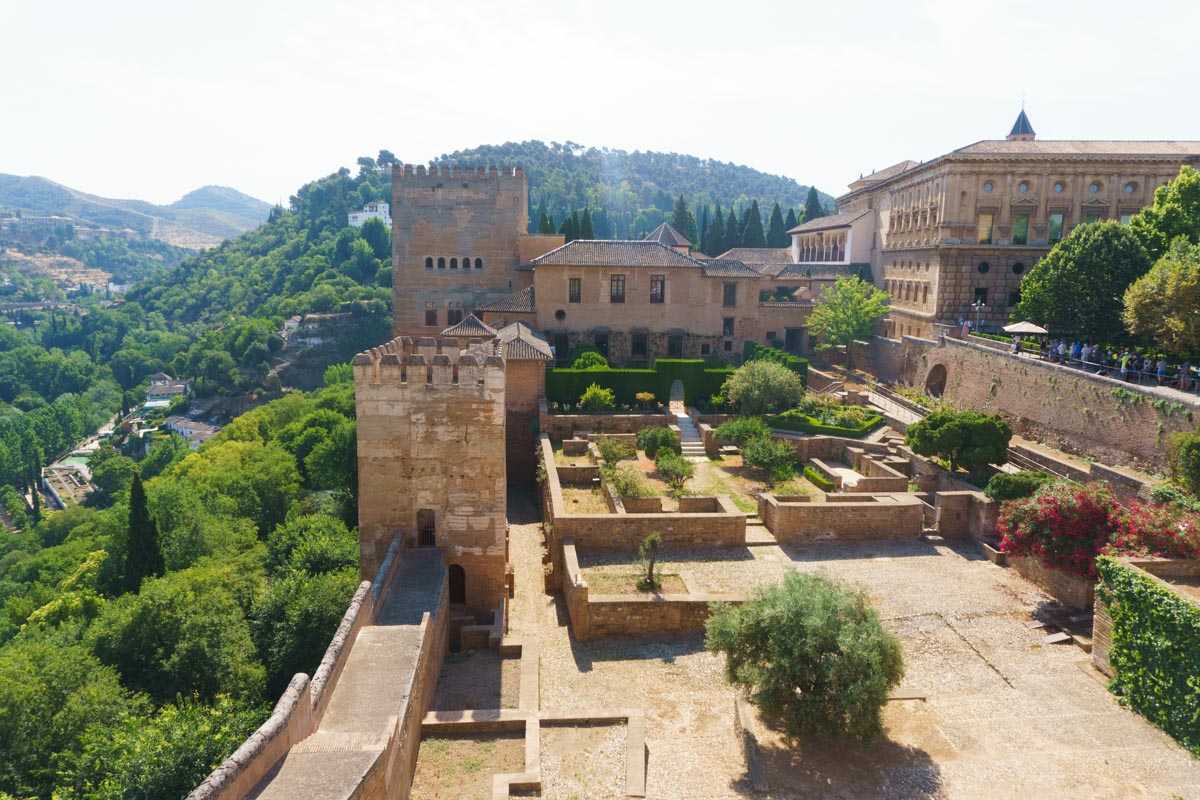 Alhambra in Granada – The best tips for Spain’s biggest highlight

The Alhambra is one of Spain’s and Europe’s most important attractions and should not be missed during your trip to Andalusia. The UNESCO World Heritage Site proudly towers over Granada and can also be wonderfully admired and photographed from other parts of the city.

Especially from the opposite quarter Albaicín, which is located on another hill above the old town of Granada, you get a great view of the Alhambra. Even with the mighty and often snow-capped mountains of the Sierra Nevada in the background.

The castle area with its 13 acres is not exactly small, so take plenty of time for your visit. The most important information about the Alhambra, such as history, individual areas, opening hours and much more, we have put together in this article.

Further contributions for your Andalusienplanung:

So that you first get a little insight into the castle, we tell you briefly and crisply the most important facts about the history and meaning of the Alhambra.

As with most of Andalusia’s major monuments, the Alhambra will immediately attract attention to its typically Arabic-influenced architecture. No wonder! Although the hill was populated in the pre-Roman era, the first part of the castle was built by the Moors after conquering the Iberian peninsula from North Africa in the 7th century.

It is believed that the name “Alhambra” has its roots in the Arabic name qasr al-hamrā ‘(“The Red Palace”). Which sounds absolutely logical due to the reddish color of the bricks.

During the Caliphate of Córdoba, the castle was first mentioned in the 9th century and further developed in the following centuries.

But it was not until the first Nasrid king Mohammed I moved from Jaén to Granada in the 13th century that the Alhambra was first used as a ruler’s seat. Only then did the reddish walls begin to bloom properly.

The king built the watchtower and the honor tower, secured the water supply from the Darro River and began the masonry work of his descendants Mohammed II and Mohammed III. were continued. In addition, there was a public bath and a mosque in the 14th century.

However, as we know and admire the Alhambra today, we owe it to Jusuf I and Mohammed V. In the 14th century, they built the Gate of Justice (Puerta de la Justicia), the Comares Palace, the bar-room, the Lion’s Court and decorated the walls and towers.

In addition, there are buildings of the Catholic Monarchs, after they recaptured Spain in the 15th century: among others, the Palace Charles V, the Imperial Apartments and the Dressing Room of the Kings.

The history of the Alhambra has so much to offer and even a few years under its belt.

What is there to see in the Alhambra?

As you can probably already imagine, the Alhambra is quite large and consists of several interesting buildings and gardens.

Some of them are free to visit, others require a ticket. The following are the most interesting buildings of the Alhambra.

Although Mohammed I was the founder of the Nasrid dynasty and was the first Muslim ruler to move to the Alhambra, the Nasrid palaces were built by his descendants, Mohammed V and Jusuf I.

The result was the Comares Palace with its tower and the throne room, which was the official residence of the king, the Lion’s Palace where his harem was located, the Myrtenhof with its large, rectangular pool and the Mexuar, the administrative wing.

The Nasrid palaces are the heart of the Alhambra and probably the most beautiful buildings, full of arabesques, beautiful ornaments and ornate water and gardens.

The visit is absolutely worth it, but you also need the special ticket for the Nasrid Palaces, which is only valid for certain times. More information in our article about the Alhambra tickets.

The building itself has an imposing, circular courtyard with a diameter of 31 meters and a two-storey pillared gallery.