Determine alpine flowers: From the yellow buttercup to the purple cranesbill 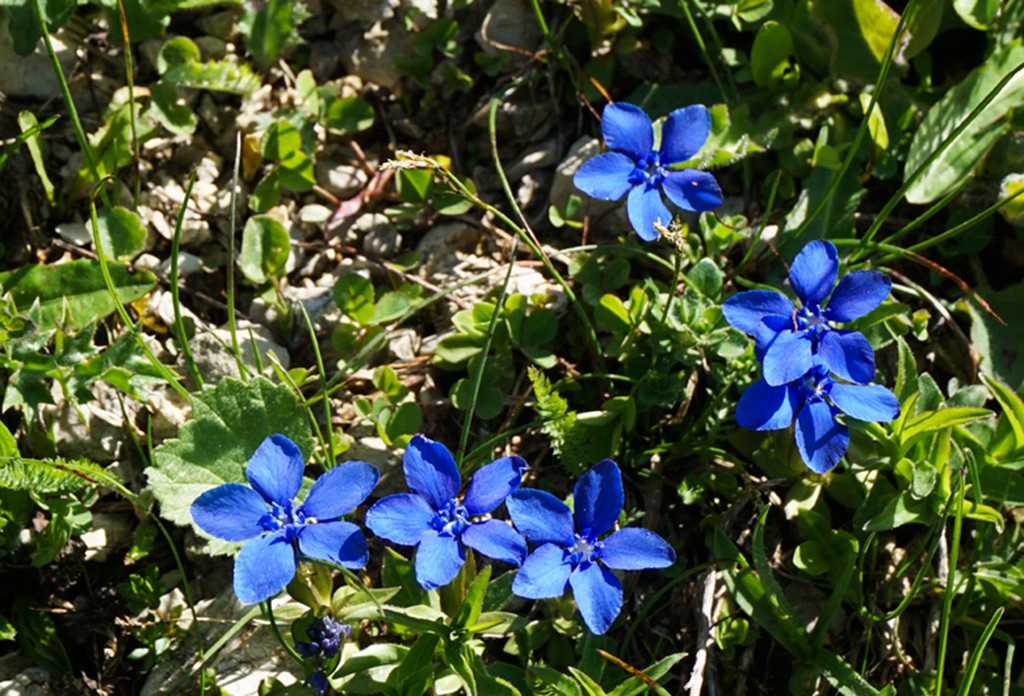 From the yellow buttercup to the purple cranesbill: determine alpine flowers

While the last hard-core ski tourers are still looking for powder snow in the highlands, the summer mood starts to increase in the mountains from 1000 meters upwards. More and more mountain huts open for the summer season and in the evenings the grill is sometimes taken out here and there. Even if you have to put up with eating his steak or sausage in down jacket and cap in record time. We want to get out, and in the past, rather rainstorm-suspicious days, the weather forecast could not stop us from a summit experience.

Not only at the summit cross, it gets increasingly sociable, also romping on the lush green meadows more and more alpine cattle. The ringing of the cowbells accompanies us on our way, on which right and left alpine flowers paint colorful swabs. There stand yellow buttercup and purple cranesbill Trellis, under which with increasing height also the Trollblume mixed. Buttercup and Trollblume are closely related and belong to the 600 worldwide occurring buttercup plants. You can see them well on their leaves just below the flower, which actually look like a buttercup with its three forward facing toes. Their flowers are bright yellow, but the globular flower also spherical. On very wet meadows then cheats in the mountains before ever Sumpfdotterblume in between, which one could consider because of their likewise brilliant yellow bloom for a cock foot plant. But their leaves are circular in shape and can reach up to 15 centimeters in diameter.

The cranesbill, like the buttercup, also bears his name. If you want to see why, you have to come back later in the year. For the now delicately purple to bright red lilac flowers give no indication. The name of the plant comes from the long and tapered fruit stand, which reminds of the beak of a stork. 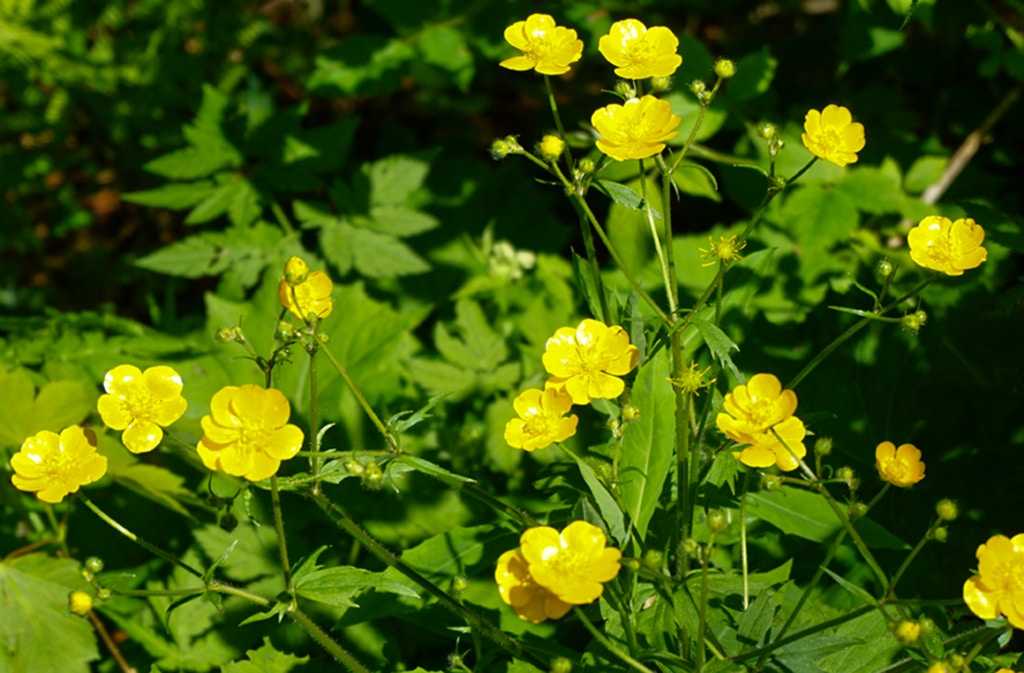 In between are the thick tufts of the White Germers, which can be so easily confused with the yellow gentian, as long as it does not bloom. As the White Germer is very poisonous, it is not only avoided by the Almvieh. In earlier times, when the root of the yellow gentian was harvested from the alpine meadows for the production of the famous schnapps, many a wretched person cut the wrong root out of the ground. But it is there that the highest concentration of venomous poison is found and so one or the other drank his last liquor. To distinguish one must pay attention to the position of the leaves. In the yellow Gentian, they face each other, while the White Germer they are arranged like a spiral staircase.

In slightly higher elevations, buttercup and white germer become rarer, but join blue gentians to. In some places the grass mats shine almost blue and now the little spring gentian is still numerous beside his big brother, the lime gentian. The latter often graces the bottles of the aforementioned liquor, but more because of its deep blue decorative flower. For neither the lime gentian nor his alpine south-side brother, the silicate gentian are used for the production of the schnapps.

All these alpine flowers and many more can be found, for example, from the Spitzingsee to the Brecherspitz rises. A conditionally simple hike, which at one point or another requires sure-footedness and a head for heights, but which one can certainly do with children. And there is always something to look at, not only when children and adults are looking together for the alpine flowers described here. So the hike can be an entertaining tour, focusing on a piece of cake on the Upper Firstalm good decision. 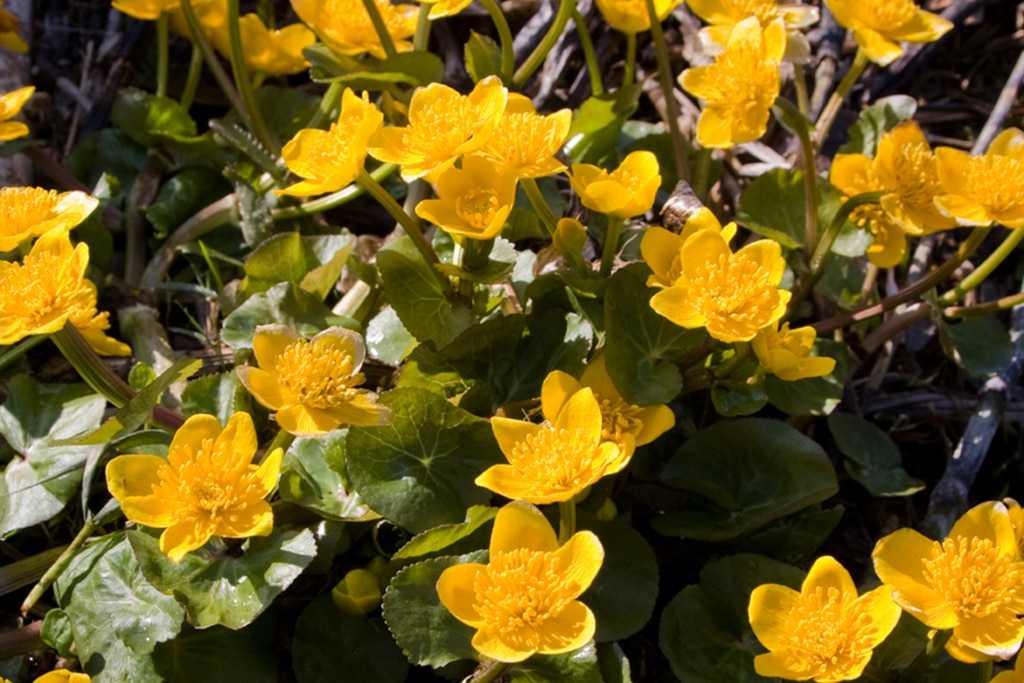 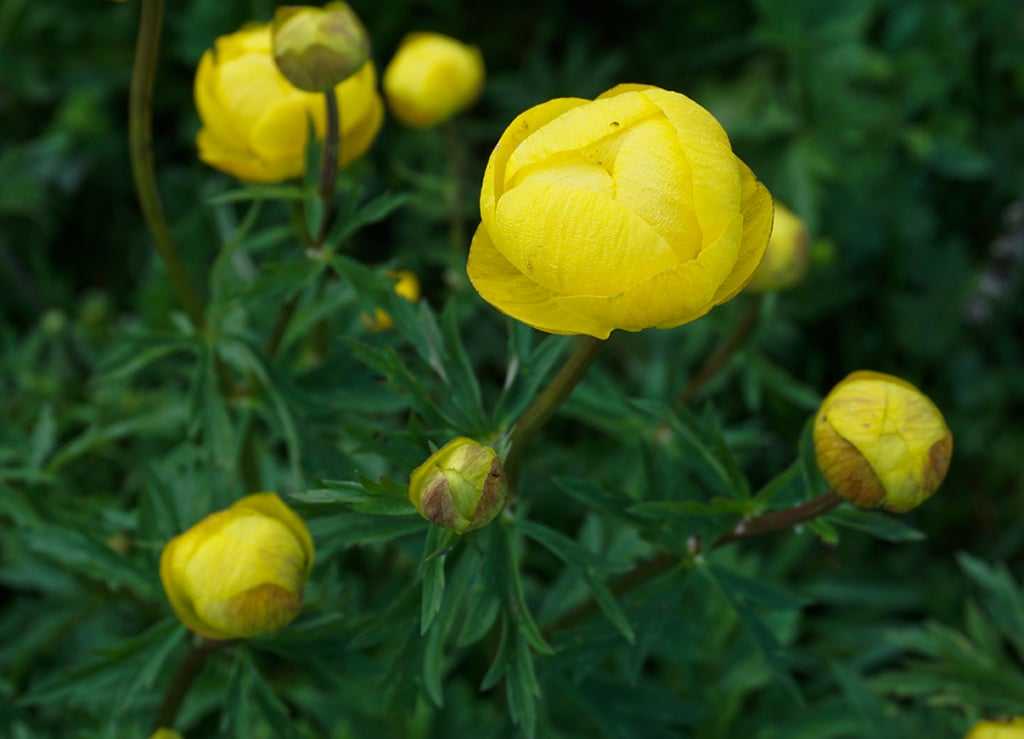 The Trollblume has a preference for wet meadows, pond and Bachränder and is particularly in the mountains up to altitudes of 3000 meters in Hochstaudenfluren to be found (c) Steinbock mountain hikes