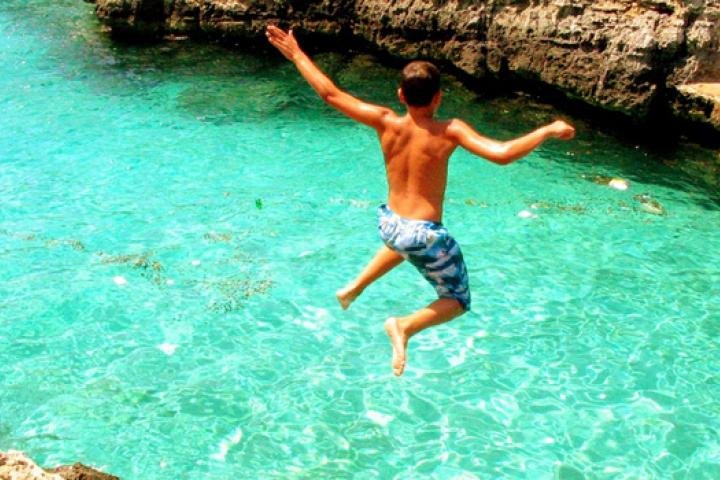 Excursions for children on the Costa del Sol

Of course, a day at the beach is for children always exciting and spectacular. And there are endless beaches in Andalusia. But on the Costa del Sol, other interesting things are waiting for the little holidaymakers. Very close to Málaga is the Aqualand Torremolinos, an adventure pool with lots of water slides for young and old. Also in Torremolinos is the Crocodile Park (Parque de Cocodrilos), in which around 300 crocodiles can be admired.

There are three exciting attractions for children in the resort of Benalmádena: the Tivoli World amusement park with roller coaster, twister, a ghost train and a western show. Animal lovers will get their money’s worth at Sea Life Benalmádena and Selwo Marina Delfinarium. There are sharks, dolphins, turtles, jellyfish, octopuses and much more to marvel at.

A little further south in Fuengirola there is also a large water park, the Parque Acuático Mijas, with numerous attractions for unforgettable bathing fun. In the seaside resort of Estepona, the Selwo Aventura adventure park is waiting for the little visitors who can let off steam here as they please. There are also more than 2,000 wild animals from around the world.

Gibraltar has several attractions for children. A cable car ride to the 425 m rock of Gibraltar ("The Rock"), be up close when an airplane is on the Gibraltar airport lands or takes off and of course the cheeky barbary macaques, who live in the wild in Gibraltar and are mainly found on top of the mountain. But be careful: the monkeys have a keen sense of who has something to eat with them. And they are always hungry.

Excursions to Jerez, Seville and the east coast of Andalusia

Girls’ hearts especially beat faster when a visit to the Royal Riding School in Jerez de la Frontera is planned. In summer there are demonstrations in the high art of horse training several times a week. In Seville, the Isla Mágica amusement park, on the former EXPO site, is waiting for new visitors. On the banks of the Guadalquivir there are rides and shows with knights, pirates and many other exciting adventures.

In Granada, there is the Science Park (Parque de las Ciencias). It is a 70,000 m 2 interactive museum for young and old, with exciting experiments in the natural sciences. Smaller cowboys get full in the east of Andalusia, in the province of Almería on their Costs. In Texas Hollywood (Fort Bravo), an artificial desert town that was formerly the setting for many famous western films, you can indulge in the goings-on in the wild west. There is also a camel farm in Almería (www.camelus.es). In addition to visiting the farm, you can also take part in excursions and try camel riding. In summer on the beach of Mojácar and during the remaining months of the year 10 minutes north of the city of Almería.

In the bird park Loro Sexi (Parque Ornitológico Loro Sexi) in Almuñécar on the Costa Tropical there are a lot of European and exotic bird species to admire.

Do you know any other destinations for children in Andalusia? Then send us your tip via the contact form.