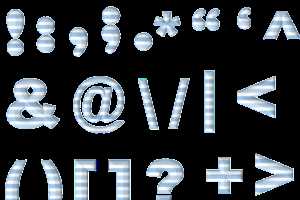 (Attention IRONIE!) Apostrophitis is a disease that can affect anyone. Whether illiterate or studied Germanist. A typical symptom of this suffering is, among other things, the obsessive setting of an apostrophe, which is also called a high comma, where it does not belong.

Especially with genitives, plural forms and abbreviations, many make a stroke of the pen too much and put an apostrophe in a place it does not belong to. The pronounced form and quasi-final phase of the disease is called the patient “Deppenapostroph“. But that’s no problem! – It’s not that difficult to remedy this nasty disease. Reading relevant German or semantic literature can work wonders.

Apostrophitis can be caused by many causes, including:

For some people, it does not matter whether it is “Anna’s book” or “Anna’s book” – notwithstanding the fact that the former describes a book that belongs to Anna and the latter is factual nonsense. Unless of course you actually wanted to say “Anna’s book”. Some word artists love the meta-level.

In addition, it can also be very dangerous if you do not pay enough attention in German lessons! It should be taught how to do it here (← that’s right) with the apostrophes and how not. It is not difficult, either.

Another cause not to be underestimated are so-called false friends. This includes, in particular, persons who are only partially able to use apostrophes correctly and negatively influence other individuals with this dangerous half-knowledge. 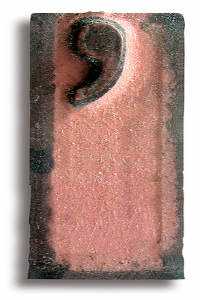 Of course, not everyone who is unable to correct an apostrophe is a bad student. It can have other reasons. Maybe a person suffering from apostrophitis is just a big friend of English literature and has got the wrong input here.

In fact, in the English language, it is mandatory to indicate a genitive with an apostrophe. “Is that Tim’s house?” Is a perfectly correct sentence, whereas the German equivalent “Is this Tim’s house?” Should be called, without the apostrophe.

Another way to understand why the punctuation of these punctuation marks is insufficient is to be 200 years or older. In fact, the apostrophe was much more common in Germany a few centuries ago than it is today.

Thus one finds in original works from the time quite headlines such as “Schiller’s collected works” or “Heine’s poems” – this is not a setting error, but the correct for that time common spelling. But these times are long gone. That should have arrived by now.

How do you get a militant apostrophe to avoid this bad habit? Right at the beginning, it should be mentioned that the health insurances only seldom pay for this therapy and therefore you will probably be left alone at the expense. Since these are usually manageable, you should not worry too much about that.

In order to successfully eradicate apostrophitis, the patient’s environment is in particular demand. For example, it is a good idea if you give the person concerned birthdays … birthday, sorry, just a duden or a grammatical work. The insights to be gained from this usually help enormously in improving one’s own punctuation ability.

So it really is not too much effort if you want to free a person who is close to your heart from this suffering. For some, it may take a little longer than others, but in the end, the vast majority of those affected can be helped.

Misunderstandings are not only caused by the fact that the incorrect setting of an apostrophe empties the meaning of many a text, but there are also some rules that deal with the correct punctuation. Below are a few examples.

The genitive is also without 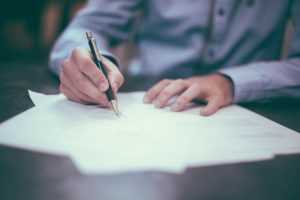 In addition, many people suffer from apostrophitis when it comes to the formation of the genitive in words that are natural on s end, goes. Again, most people feel compelled to set an apostrophe. That’s humbug. It says: “This is Hans Cat”, not “That’s Hans’s cat”.

99.9% of the German population are able to understand without apostrophe that this is a cat that belongs to a person named Hans and not to a Hans, whose surname is Katze. But you can still find this mistake again and again.

The same thing often happens with Latin Loanwords that are on -us end up. “The Labyrinth of the Minotaur” is correct. An apostrophe can be saved here. But if you like it very daringly, you can also fall back on the original Latin genitive and immediately write “The Lyrinth of Minotauri” …

In addition, many people find it hard to understand that compound prepositions can also be completely valid without the use of apostrophes. This is especially true for people who are “walking around” the corner and looking for something “under the bed”.

This use of the apostrophe is simply wrong. It does not look good, nor is it very sensible. It’s enough if you stick to what the teacher taught you at school and you continue to do so ums, umm, at, to, into, and to writes.

The plural and its pitfalls

Certainly it may seem tempting, especially for abbreviations, to insert an apostrophe for clarity. “Give me back my DVD’s!” however, is a generally rather bad way to reclaim his films. “DVDs” without an apostrophe do the same. The same is true of course for CDs, cars, trucks and ICEs.