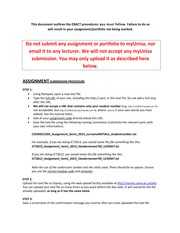 In the New Legal Weekly, probably the general legal journal, is a summary of the sperm donation judgment of the Higher Regional Court of Hamm on 6 February (NJW Special 2013, 165). As a comment there is only: “The verdict confirms the prevailing opinion”. So much for the excitement of the media and some private individuals on this verdict.

In the SZ magazine from 19.4.2013 is the article And see, it was very good. The article by the journalist Thorsten Schmitz tells the story of a gay couple who got their 3 children through surrogacy in India and the US, and is unfortunately a rather open and uncritical plea for the approval of surrogacy in Germany.

The couple’s difficulties in recognizing surrogacy in Germany and the cost are presented as unbelievably large and disproportionate, and many are asked why Germany puts so many obstacles in the way of this couple. There is only one answer to this: Because it may be trafficking in human beings to buy eggs from a woman and rent the womb of another woman to have the baby handed over to her after birth. This is seen as a violation of the dignity of the child protected by Art. 1 of the Basic Law, because it is made an object. Likewise, the article fails to mention that egg donation is not safe for donors, and that the involvement of surrogate mothers from the poorest social strata or developing countries may be seen as exploitation. Of course, these mothers agree to give the child when they need the money.

The actual message of the article is that everything is allowed to help people to their desired child or to have more children in Germany. This ignores any ethical perspective and, above all, the interests of the children thus conceived, and is an extremely perspicuous view of the parent. I was particularly interested in one thing: The two men were not content to have children with a lesbian couple, they wanted their own children who only live with them. Another arrangement seemed unimaginable to her. As much as I am for the equality of homosexual couples, I do not think that they – regardless of the natural conditions – have a right to children only on their own. The article by the journalist Sven Stockrahm shows that it is different for gay couples than for surrogacy, father, father, mother, mother, child, child in the period from 13.04.2013.

In our club we have no members from egg donation and surrogacy. As a donor child, however, I find it difficult enough that my genetic father, the sperm donor, (maybe) just donated for the money, (maybe) not interested in me and that my parents thus actually bought 50% of my genetic material. How about that only if my parents had paid two people for it, including the person in whose body I developed myself 9 months and who gave birth to me?

Should the genesis of children really be left to total commercialization? I would have expected such points of view from SZ magazine – and not a touch on two people who have finally received children, by whatever means.

At our meeting on April 6, we donor children discussed and revised our political demands, which originally came from 2007, and just re-released them. We have added a justification for each claim.

What is new, above all, is that – in accordance with the legal situation in adoptions – we require the donor’s entry in the birth register. The reason for this is that this is the best incentive for the parents to actually educate their donor child about his generation. We would still welcome a national registry, such as the UK, where each person can ask if he or she was conceived with the help of a third party, but would be the second best alternative because we are suspicious of such a request must become.

Relaunch of the donor children page

Maybe some of you already noticed: Our donor children page looks a little different since 3 days – we find better and clearer. The main advantage now is that our posts are displayed individually under “News” and thus better noticed and found faster. You can also view past posts by years. And best of all, readers can now subscribe to news as an RSS feed and be kept up to date on all new posts. Many thanks to our volunteer web admin for the work!

Article: Decision for the truth

In the Berliner Zeitung on April 16, 2013, the article Children of semen donors – Decision for the truth appeared. It depicts the story of a Berlin family who decided to educate their children. About a week before, a similar article appeared in Time Online about another family: donor # 4,077. Unfortunately, the journalist seems to lack something to understand the background to the Enlightenment. Hopefully, these two stories will encourage more parents to educate their children born through a sperm donation.

First hit between donor and child in FTDNA

Nearly 16 months after we started the Family Finder Test of the American company Family Tree DNA (FTDNA) to find half-siblings and donors, we have the first hit between a donor child and a donor. Both are already in contact and will meet in person for the first time soon. We are all very happy, wish the two a lot of fun and rest in getting to know each other and hope that many more hits will follow!

Article about Mia in Time Online

In Time Online is an article about Mia of donor children who has challenged the paternity of her legal-social father. In advance: The article is not a literal rendition of Pauline / Mia’s statements, but a treatment in which Mia does not find herself completely.

However, I would like to take this article as an opportunity to point out a phenomenon that, regardless of the individual story, draws its attention from the largely derogatory comments: The (poor!) Social father is, of course, also regretted and protected in this article. I experience this tendency almost throughout, almost like a reflex. I consider this protection to be so dangerous because, in my view, it makes it harder for the social fathers (as active individuals!) To deal with their situation: their irrevocable infertility and their active decision to donate semen. The sperm donation is not a “treatment” of infertility, not a last resort to tinkering with any “normality” but a decision to have a child with the seed of another man and to accompany that child. Not a simple decision and a task that requires courage, self-esteem and not compensation, but integration of weakness.

Donor children meeting in the Rhineland

After the verdict of the OLG Hamm, there was a lot to discuss for us at our unplanned meeting in the Rhineland with a record number of 10 participants from all over Germany. In addition to the further procedure, a new version of our demands from the legislator was discussed.