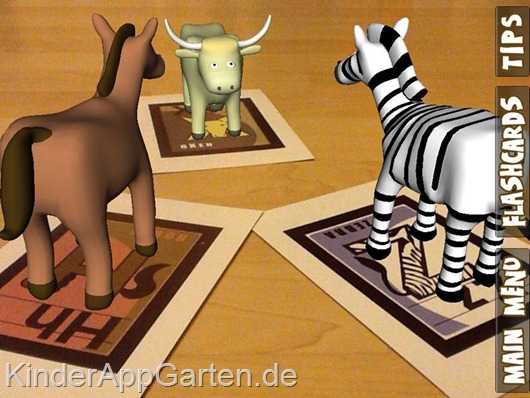 Flashcards are very popular with children‘s app developers. Take the letters of the alphabet, put an animal next to them and put the whole thing in a speech: “A” like “apple”. Not very spectacular. But if now this children’s app concept enriched with the technique of “augmented reality”, we find that extremely exciting and noteworthy.

For this iPhone & iPad AR app requires her so-called AR cards with the AR marker. Of course, this is provided by the app developer free of charge as a PDF file on his homepage. You can find the link directly within the app.

It’s best to print the AR cards on thicker photo paper so they do not bend so easily. Of course, you can also open the .pdf on the iPad or iPhone, and then use another iPad or iPhone for the app. So the “augmented reality” looks like this: 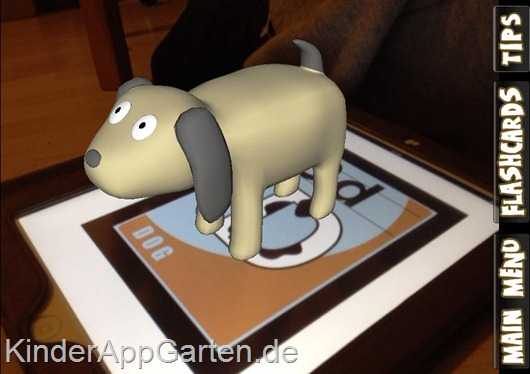 Where other Augmented Reality apps are stingy with content, with “AR Flashcards Animals” you get 26 different animals – one for each letter. With so many droll AR animals, it is of course appealing to use multiple AR cards at once. Again, this AR app for children has fully convinced us. The limit seems to be 10 cards, which is considerable. 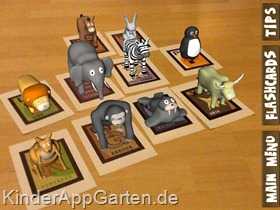 Of course, it depends on the angle to the camera. It is advisable to first align the camera frontally to the maps and then slowly take a lateral viewing angle.

The AR projection is very stable, as long as you have followed our advice with the sturdy photo paper, so that the cards lie nicely flat. Incidentally, the white border should not be cut off to facilitate AR detection.

Of course, the AR animals can be shot and it is fun to view and rearrange the animals from all angles. My daughter always gets her Playmobil figures out and creates with pretty little scenarios. 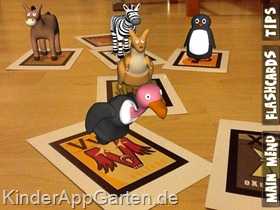 A very nice feature is the speech output to each letter and animal. As is the case with Flashcards, you can press any animal on the screen, whereupon the letter and the name of the animal is called. This brings a real educational benefit for the children. Do not mind that the kids app is only available in English. So entertaining was the learning of the English letters and animal names no longer.

And of course, this AR app is still very suitable for a small show, because some friends and acquaintances still do not know the “augmented reality”.

Here you can download the apps for your kids: