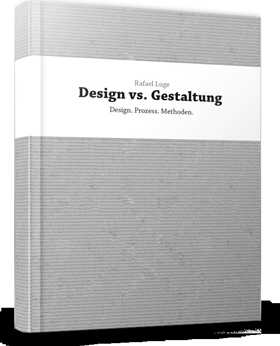 The Art Nouveau is an art historical epoch that lasted about twenty years and can be classified on the threshold of the 19th century to the 20th century. It shaped the whole Western world, but became known by different names, all of which describe the same thing.

In Austria, for example, they speak of the secessionist style, in France and England of the Art Nouveau, in Anglo-American space also known as Modern Style. The German name derives from the magazine “Die Jugend”, founded in 1896, which was very important for the style-historical debate of early modernism. Historically, the Art Nouveau style can be classified between historicism and modern art.

Turning away from historicism

This epoch can be seen as a development of various circumstances in the 19th century. On the one hand, there would be the industrial revolution which, especially in England, led to the emergence of machine-made mass-produced goods in Victorian England, which were overloaded with ornamentation. Another circumstance that led to Art Nouveau was the historicism in France, the so-called Belle Epoque, which satisfied the needs of the upper bourgeoisie and culminated in extravagance. This style, weakened even in southern Germany and Austria, was criticized as emblematic and went away from the object to a symbolism that was (unnaturally) put into the object.

No closure of the epoch

However, the Art Nouveau style can not be considered a closed movement and so it is characterized by divergent currents in Europe. However, all were united in turning away from historicism. There were numerous artistic programs and manifestos – another common point crystallized in the overall design: everything was designed in a uniform way, from the outer building to the interior. Here are parallels in the elevation of the building to the Gesamtkunstwerk to historicism recognizable. However, the “detachment” of auratic works of art was rejected.

The functionality also played an increasingly important role – so the function of a building should determine the design visibly. The façade was now no longer a shaped shell, but resulted from the layout of the building and the resulting spatial conceptions. Another point describing Art Nouveau is the renunciation of historical styles and the search for a new decorative design principle in architecture and the arts and crafts. They wanted to find a “style of our own time.” Formally, the Art Nouveau style consists of decorative curved lines and floral, floral ornaments – a further design element was the symmetry, which was used very consciously. Nature was a model for the often organic forms. The Art Nouveau style was only affordable for high-class society thanks to the excellent craftsmanship of noble and exotic materials, so Art Nouveau is still considered to be artistic and elitist.

Art Nouveau tried to combine art and everyday objects of everyday use, which often leads to playful and ornamental results, even if the Art Nouveau style as a current is very ambivalent and can hardly be simplified to a few principles.

Although there is some talk of functionality, art is always used to create artifacts. A design with design guidelines, which arise from the object, does not yet exist, although with the Art Nouveau and its predecessor, the Arts & Crafts movement, already the aesthetics of an object is perceived as socially and emotionally important, is still missing (whether consciously or unconsciously put here once) the discipline of the design, far away from any art and towards the object. In this respect, an attempt is made to combine two disciplines, which, from today’s perspective, tend to stand in the way of one another rather than leading to a symbiosis. Adolf Loos writes in 1908 in his essay ornament and crime:

»… Even greater is the damage that the producing people suffers from the ornament. As the ornament is no longer a natural product of our culture, that is, it represents either a backwardness or a degeneration, the ornamentist’s work is no longer paid for a fee. […] The absence of ornamentation results in a reduction in working hours and an increase in wages … “.

Loos can be seen as a critic of Art Nouveau (and in general any ornamentation) and pursues a more functionalist approach to design – he realizes that art should remain art and not be confused with everyday life. He does not reject art, but describes that true art could only express itself as a fine art and under no circumstances influence on commodities. Perhaps also because it could only be a compromise between use and art and thus could not develop its true value (on both sides of the compromise). He saw the aesthetics in exotic materials rather than in form – though it must be mentioned that Adolf Loos was an architect.

This 360-page e-book deals with the themes of design. Process. methods.

What is design? What is design? This e-book is an attempt to get away from black box design towards a method-oriented design – a scientific, verifiable design. What types of problems are there? Which methods and methods are there? How is the design process organized? What should be considered when designing in the respective process stages?