astrological walks of thought between heaven and earth. 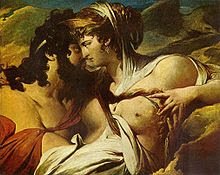 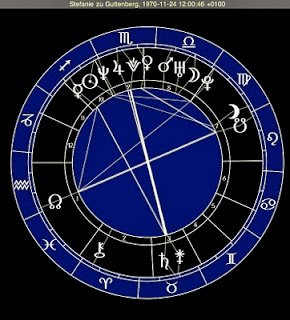 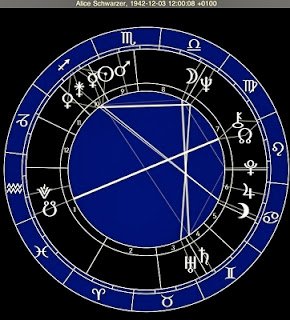 Last Monday was Valentine’s Day. And after I pondered again what the origin of this commercially interesting day is, I read that the Roman goddess Juno (Greek Hera) also has one here role plays. In her honor, the protector of marriage and family, was celebrated on that day, in the middle of February, when the mating season of the birds is also to begin. Young girls went to the Juno Temple that day to get love oracles for the right partnership. Interesting! We astrologers also like to look at the position of the asteroid Juno in the horoscope. Juno / Hera was the only married woman in Olympus alongside Venus / Aphrodite. Married to the colonel in Olympus, Jupiter / Zeus. There she is the queen on the golden throne next to Zeus. Wife, wife, mistress, wife of the boss. She is described as a beautiful, majestic woman. She is often shown with a tiara / crown, accompanied by a peacock, surrounded by a rainbow and in her right hand she holds a scepter on which a cuckoo sits.
The myth reports that Hera and Zeus are siblings, both of whom were originally devoured by Kronos. Zeus took a liking to her when she was the appropriate age and approached her as a poor, freezing cuckoo soaked in the rain (the cuckoo was considered a fertility symbol in ancient Greece because it heralded the spring rain). Hera took pity on him and became his wife. The wedding night is said to have lasted 300 years. She was a loyal wife to him and there were many power struggles between them because he was not loyal to her and she relentlessly persecuted his loved ones and extramarital children. With Zeus she has 4 children: Mars / Ares the god of war, Hephaistos the god of blacksmiths, Eileithyia the goddess of birth and lifting the flower of youth.
The holy marriage of Zeus and Hera became the prototype of the marriage connection between people. And Hera subordinated herself to the patriarchal claim of Zeus with her originally matriarchal claim, which led to many arguments over power. Hera is the symbol for the longing for mystical union, for conjugal connection, for monogamy, for a sense of duty. Relationship as a self-expression and symbol for the adult woman and the sexual execution of marriage. This goes hand in hand with the fear of the partner’s infidelity, loneliness, dependency, loss and all the associated conflicts.
Juno in the horoscope can give us astrological information about our position and our understanding of roles as a wife. But also our Claim and expression as queen and ruler. We interpret Juno in the sign, in the house, with all aspects. Of course, men also have Juno in their horoscope and have a reference to their partner search image for the spouse. For this blog there is a little suggestion for Juno as Queen.
Juno in Aries: A combative queen who is not afraid of relationship conflicts and cannot be prevented.
Juno in Taurus: A reliable and trustworthy queen who is not averse to money, gold and a carefree life by her partner.
Juno in the twin: An eloquent queen who likes to discuss with her king and wants an intellectually intense community.
Juno in Cancer: A warm, caring queen who wants a lot of intimacy with her king.
Juno in the lion: A radiant queen who likes to be courted by her king.
Juno in Virgo: A noble, adaptable queen who likes to support her king in his work.
Juno in Libra: A just queen who wants her king to have equality.
Juno in Scorpio: A passionate queen who wants emotional and sexual intensity from her king.
Juno in Sagittarius: A queen who would actually like to be Zeus herself and who absolutely needs to share a common vision from her king.
Juno in Capricorn: A traditional serious queen who expects her king to be steadfast, respectful and secure.
Juno in Aquarius: A free, friendly queen who claims the same freedom that her king takes.
Juno in the fish: A dreamy queen with high romantic expectations of her king to carry her in her hands.

I once picked out two horoscopes to examine Juno-Queen with Alice Schwarzer and Stefanie zu Guttenberg (the time of birth is unknown for both … therefore no interpretation of the house):

Alice Schwarzer has Juno in Sagittarius, i.e. a vision-oriented queen who, since she has Lilith in the Quincunx, refuses the king and takes the place herself.

Stefanie zu Guttenberg, who comes across as very supportive of her king and would like to be seen as a noble chancellor’s wife, who fights for children and against child abuse … a real hero … has Juno in Taurus in conjunction with Saturn (takes her role very seriously and is a reliable wife ) in opposition to Jupiter (looks her husband in the face on an equal footing and tries to have a common denominator with him).

Book tip: The asteroids, Ceres, Pallas, Juno and Vesta in the horoscope. By Demetra George and Douglas Bloch. Chiron Verlag.