Ayutthaya: A day in the ancient royal city of the Siamese 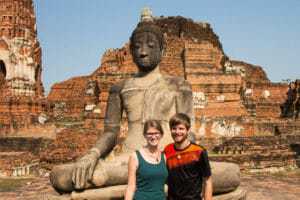 Ayutthaya (officially Phra Nakhon Si Ayutthaya) is one of the major tourist attractions in Thailand. For more than 400 years, the city was the political and cultural center of the Thai kingdom.
In this post you will learn everything you need to know for your trip to the ancient royal city.

About 80 kilometers north of today’s Bangkok Ayutthaya 1350 AD. founded. In the following 417 years, 33 kings used the city as their seat of government. Even today, impressive ruins testify to the gigantic proportions of the former residence.

The historic center is located on an island enclosed by two rivers (Chao Praya River and Pa Sak River). The island was dominated by three palaces. But also outside the island are many impressive ruins. In total there were 375 temples, 29 fortresses and 94 gates in the old royal city. It can only be guessed how splendid this place must have been.

The end of Ayutthaya as capital initiated the Burmese, who conquered the metropolis after a one-year siege in 1767. The Burmese troops then destroyed a large part of Ayutthaya. Meanwhile, many temples have been restored.

Bangkok is probably one of the best starting points for a day trip to the royal city. From the capital you can get tours to the historical park through many accommodations or travel agencies. For example, there is a tour where part of the route is covered by boat. 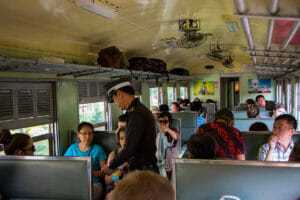 Ayutthaya in a day: the most beautiful sights

The ruins of Ayutthaya extend over a very large area. We were like most travelers only a day on the spot. It is impossible to discover all the attractions of the city during this time. That’s why I want to give you the starting points, which we found the most beautiful.

Most ruins are open from 8am to 5pm. You will need to buy one ticket per temple, which costs 50 baht in the city center. Outside the island the entrance fees are 20 Baht per person. A city map with the individual places you get in the Ayutthaya Tourism Center or at the rental stations.

The Wat Phra Sri Sanphet was built in 1448 and was part of the great palace of Ayutthaya. After the conquest of Ayutthaya, the Burmese destroyed the temple in 1767. The centerpiece of the complex are three giant chedis, which have been restored and which, in addition to a Buddha relic, also contain the ashes of deceased kings.

This temple stood in front of the Grand Palace and houses holy Buddha relics. In the southeastern part of the site of Wat Mahathat is one of the most photographed motifs of Ayutthaya: A Buddha head, which is entwined by the roots of a fig tree.

Outside the Grand Palace was a monastery here, which King Ramesuan had built in 1369. In this place, his father U-Thong was buried, who founded Ayutthaya in 1350. In front of the monastery there is a moat and the center of Wat Phra Ram is dominated by a large prang. 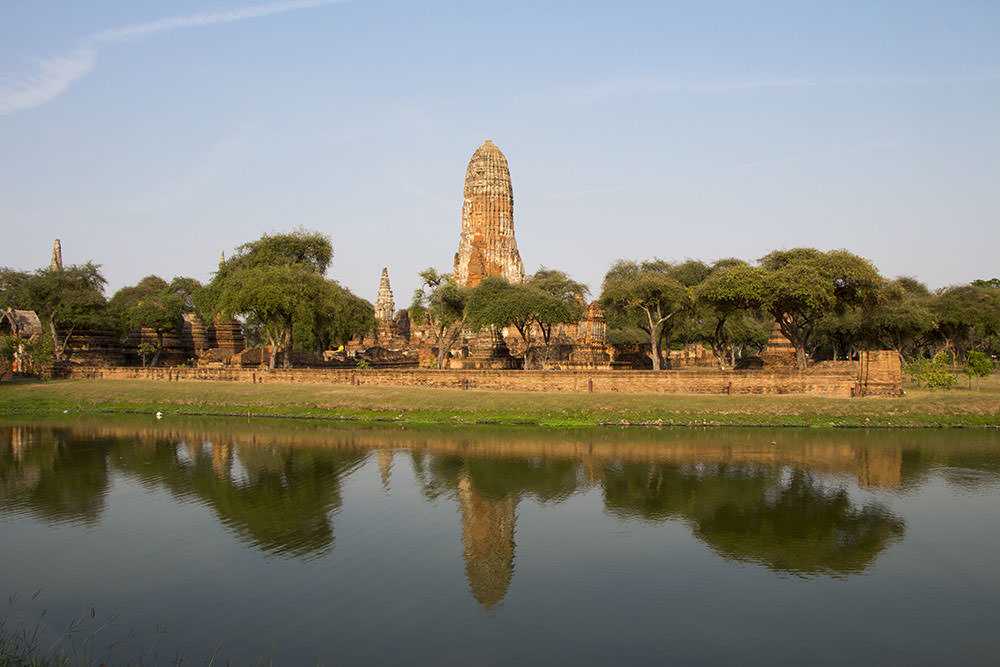 The Wat Yai Chai Mongkhon (also Wat Chao Phraya Thai) is located in the southeast of Ayutthaya. To get there you have to drive out of town via the Naresuan Bridge and turn right at the roundabout with Wat Sam Pluem Chedi. Arriving at the temple, you will find a reclining Buddha and a 62-meter walk-in chedi surrounded by many small Buddha statues. Every Buddha statue is dressed in a yellow robe.

The monastery itself was founded during the reign of King U-Thong (1314-1369, first king of Ayutthaya). The distinctive Chedi had King Naresuan the Great (1555-1605) built, who wanted to celebrate a victory over the Burmese prince Phra Maha Uparacha.

Of course, there are many more places in Ayutthaya worth visiting. In addition to the ruins, there are several museums (for example, Ayutthaya Historical Study Center, National Museum). Unfortunately, we did not make it to the exhibitions in time.

In Ayutthaya you have several options to move you. Since the ruins are spread over a very large area, you can barely run it. Instead, you should choose one of the following alternatives.

You can visit the Historical Park with a bicycle explore. However, if you prefer this option, I recommend that you schedule at least one night. Matching accommodations can be found here.

If you want to explore Ayutthaya on your own in a day, then you should rent a scooter (200-300 baht per day). Both bicycles and scooters are available directly opposite the station.

To make things a bit more comfortable, you can also use one of the many tuk tuk drivers to take you to the sights of Ayutthaya. The tuk tuks on site are very special and a little reminiscent of small spaceships. 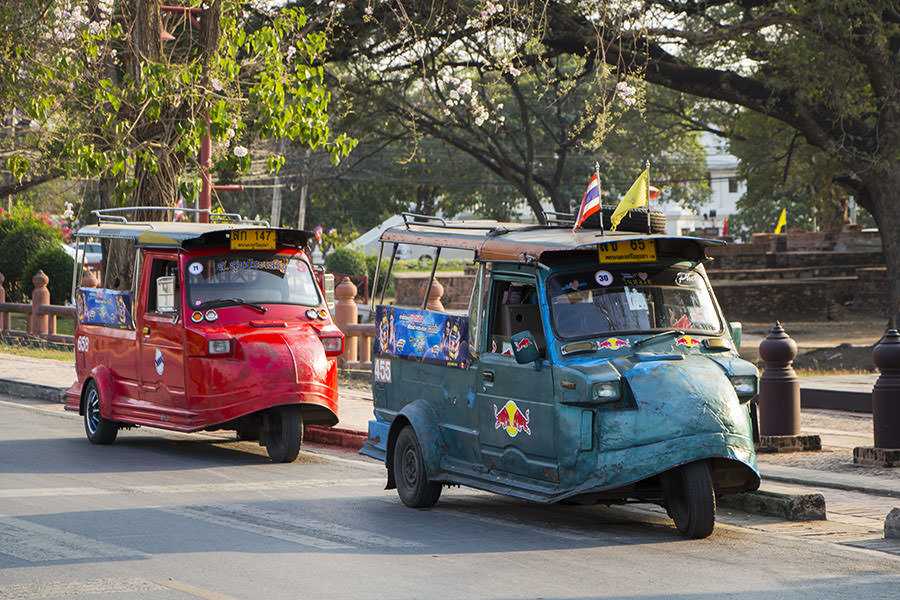 Events in the royal city

A trip to Ayutthaya is even more worthwhile when an event is taking place. The following five events are special cultural highlights. Since the dates for the celebrations are often based on the Thai lunar calendar, an exact date is not possible.

Have you ever been to Ayutthaya? Which temple did you like the most?