If you think of ball games for children, you should first of all think of classics such as football, handball or basketball. But the round does not necessarily have to be square. We present a few alternative game ideas that use fresh concepts to properly heat up the time-honored top dogs. Here you will find three entertaining new ball games for toddlers, kindergarten and school, which ensure unlimited fun outside and inside.

The links marked with * are so-called affiliate links – these refer to products on Amazon. If you buy a product there, we receive a small commission. There are no additional costs for you at any time!

"Rabbit and hunter" is a variation of the game Brenn- or Völkerball, which promises a lot of fun especially due to its dynamism. A soft game ball, a foam ball * is best suited, and there should be space for a sufficiently large game field. Rabbit and hunter is very safe and easy to learn, which is why the active ball game is suitable for 2 year olds. 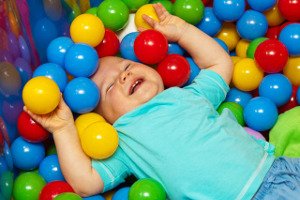 The rules are quickly explained: At the beginning, a player is declared a hunter by drawing lots or counting, the rest of the players are the rabbits. It is now up to the hunter to throw off the rabbits. If a hare is hit with the softball, it also becomes a hunter.

The game ends when all rabbits have been “caught”. The last remaining rabbit is the winner and may start as a hunter in the next game. As a special feature of this ball game, it should also be mentioned that the hunters are not allowed to move with the ball in hand.

The ball should be passed or dribbled constantly. There is also the option of setting up hideouts for the rabbits on the field, where they are immune to hunters’ hits for a short time.

Due to the proximity to other team sports when passing and dribbling, "Rabbit and Hedgehog" fits seamlessly into the ranks of exercise games for children, which promise active fun for many age groups and promote movement skills from an early age.

Ball games for toddlers often don’t need a lot of aids – just like this game. All you need is a radio / CD player or Bluetooth speaker * and a ball * wrapped in a piece of aluminum foil: the "hot potato".

While an adult / game master turns on the music, all players are in a circle. One of them has the ball in his hand, which he now throws to the next one and in turn passes it on to another teammate, and so on. This continues until the ball is not caught. Anyone who does not catch the ball or has thrown it so badly that the ball could not be caught is eliminated.

The player who holds the “potato” in his hand must also drop out if the music is stopped after any time. The child who remains last is the winner.

Note:
The game can of course also be played without aluminum foil. Through this, however, the ball can be better represented as a "hot potato" that you have to get rid of quickly. Experience shows that it is even more fun with the right equipment!

At the beginning, two teams of the same size are formed. Each player now receives a ball * and the teams line up in a circle with a box with the opening facing upwards.

The goal of the game is to throw the balls into the box and be the first team to "get rid of" all the balls. If a ball does not land in the box, it must be retrieved as quickly as possible and thrown again towards the box.

With “Kistenball”, several variants can be played and the difficulty can be changed accordingly. Just play with several boxes and take each box out of the game.

Our tip:
It will be particularly exciting if you limit the playing time. The team that was able to throw the most balls into the box within a certain time wins this ball game for kids. But be careful, because chaos is inevitable in this case! 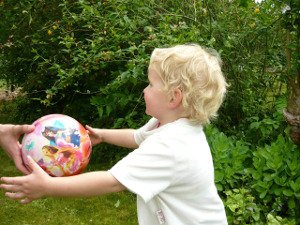 For this game you need a ball * and an object with an opening through which the ball fits, e.g. B. a bucket, basket, tire or box.

First, a starting line is determined and the object is set up at a certain distance from it. The goal now is to throw the ball into the object from the starting line. Anyone who hits one of his five attempts will advance one round. If you don’t meet, you are eliminated.

When each teammate has completed his five attempts, the target is set a little further away. This is repeated until there is only one player left who then wins.

Ball games for 3-, 4- and 5-year-old kindergarten children can also be converted very well and thus offer more excitement. In this case, e.g. B. cans or empty bottles are set up, which must now be hit or knocked down. It is also an excellent idea for children’s birthdays.

The teammates sit on the floor in a circle and roll the ball *. A child is in the middle of the circle trying to avoid the ball. Here, however, it may only crawl or crawl. If the evasion fails and the child in the middle is hit, it is replaced by the one who landed the hit.

The “hot ball” does not necessarily have to be rolled. This game can also be converted into a soccer variant and the ball can thus be kicked to a teammate. Incidentally, this is a popular warm-up exercise for professional footballers – and therefore particularly interesting for sports-loving children.

Caution:
It is advisable to use a foam ball for all ball games for kindergarten outdoors and especially indoors. With leather or plastic balls, the risk of injury is too high, especially for small children. And in the case of the indoor versions, you also spare expensive furniture! 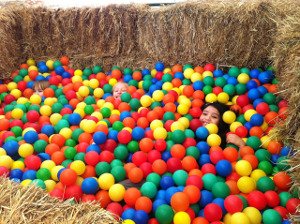 The players first line up in a circle. A child receives the ball * and takes the place in the middle. This heralds the game by throwing the ball vertically into the air. Until the ball is caught again by the child standing in the middle, all other players have time to move away as quickly as possible.

The catcher calls "stop" as soon as the ball is gripped with his hands. From this moment on, the other children are no longer allowed to move. The catcher now tries to hit a teammate with the ball. If this succeeds, the two swap places; the hit must be in the middle and the game starts over.

Before the start of the game, a start line and a finish line that is not too far away are determined and the players are divided into two equally large teams. The players of a team now stand on the starting line with their legs slightly apart.

The player who is at the front gets the ball * and passes it on to his rear teammates through his legs. When the ball arrives at the last player in the row, it runs forward and lets the ball pass through to the back. This continues until a team has reached the goal and thus ends the game as the winner.

It is also possible to play without set finish lines. Instead, the team that first reached a predetermined number of rounds simply wins.

"Tunnelball" promotes the teamspirit. Because you can not win it alone, but only if you play together with the other players and pull together.

Our tip:
As a small ball game for school, "Tunnelball" can be varied in its game execution relatively easily. It offers z. For example, rolling the ball through your legs – and that is not only possible from front to back, but also vice versa.

A ball * and several clothes pegs are required as game items. First, all players sit in a circle and a game leader is selected. 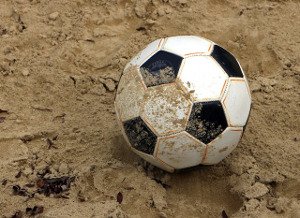 The children throw or roll the ball towards each other and at the same time have to remember to whom the ball was passed on or from whom they received the ball. The game director should note the order of the ball chain exactly and / or write it down. This can also be supported by the other players.

After a certain number of stations, the ball chain is declared finished. This must then be repeated in exactly the same order. If a child rolls the ball to the wrong player, the game director is asked to reveal the mistake. A clothespin is attached to the child for each error. Whoever receives three clothespins is eliminated and can support the game master.

The "ball chain" is rather a quiet child’s play and, similar to memory, promotes children’s memory and memory.

Our tip:
Optionally, this ball game can be made more difficult for pupils above the lower level by extending the ball chain or having to repeat it backwards. Thanks to this flexible level of difficulty, the “ball chain” can also be learned by smaller children.

“Halli-Hallo” is comparatively complex in its rules and therefore not recommended for toddlers and kindergarten children.

At least four players from the age of 6 line up in a row. A player is a thrower and is a little ahead of the row. The latter first receives the ball *, throws it to the foremost child in the row and sets a task, e.g. B. "Who is the German soccer champion?" The catcher must quickly answer the question and return the game device to the launcher. 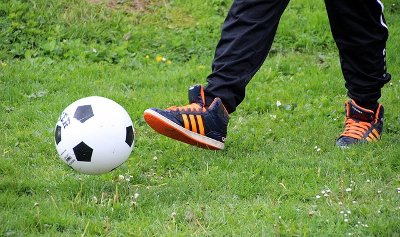 Now the thrower throws the ball in the air, shouts "Halli-Hallo!" And runs away. The catcher tries to catch the ball and shouts "Stop!" Immediately afterwards, whereupon the thrower has to stop immediately. Now the catcher can take as many steps towards the thrower as the answer has syllables. When answering “Bo-rus-sia Mön-chen-glad-creek“For example, there would be seven of them.

"Halli-Hallo" opens up the possibility of providing ball games at school and childcare with educational added value. The constant knowledge query can make it possible to consolidate various teaching topics or to query relevant knowledge again shortly before an important class work. Great fun is combined with a high learning effect.

Do you have all the utensils for ball games at home and still need a babysitter to help you with them? Then simply place a free ad at JOBRUF and get in touch with loving students for childcare. As a rule, interested applicants report shortly afterwards.