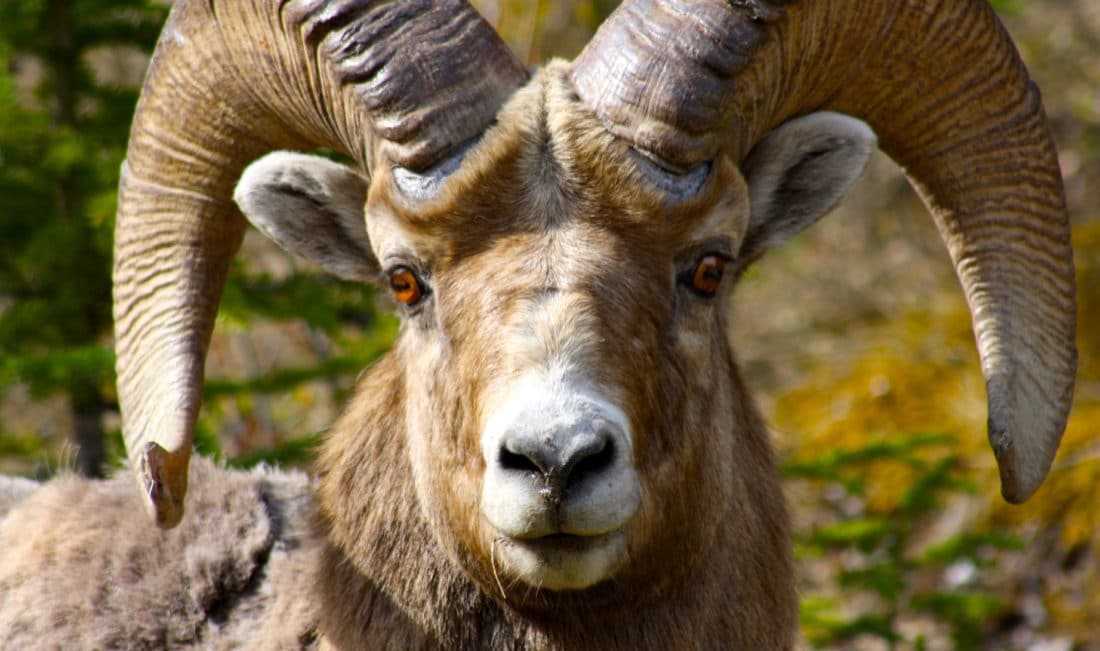 After our stop in Ottawa, we finally wanted to immerse ourselves completely in the wildlife of Canada. The pure nature can be found especially in the national parks of the country.

To get there, we took the plane to Calgary. In this city, I only have one stop, in the shopping center for a coffee and a few parts from the sale. We continued to our accommodation in Canmore, just a few miles from Banff National Park.

There was just time left on the evening of the arrival to dine in the typical Canadian restaurant, which is within walking distance. It was time to go to bed because the alarm clock was supposed to wake us up the next day in time for the opening of the Banff National Park. A bit excited we were already on the way there. We had hardly seen any animals on our tours so far. Neither whales nor moose had touched our field of vision. The expectations were great …

… and were not disappointed. Only a few meters behind the ticket booth directly at the Bow Valley, a horde of sheep awaited us. No, not our German fluffy little wool carriers, but the wild Bighornsheeps. Immediately we stopped the car and grabbed the camera to capture this encounter. Other cars drove on, whereupon we thought our discovery might be very commonplace. During the journey, however, it turned out that this would be the only meet-up with the big horns. (Oh well, we took a picture)

Encouraged by our first encounter with wild animals, we once again dare to go hiking, looking for moose. A National Park employee recommended a hiking trail and we left.

Clearly, there were moose in this part of the forest. Easy to recognize, as we were always to find moose on our way. We were sure, there are many moose who crossed the paths, so we would finally see them. 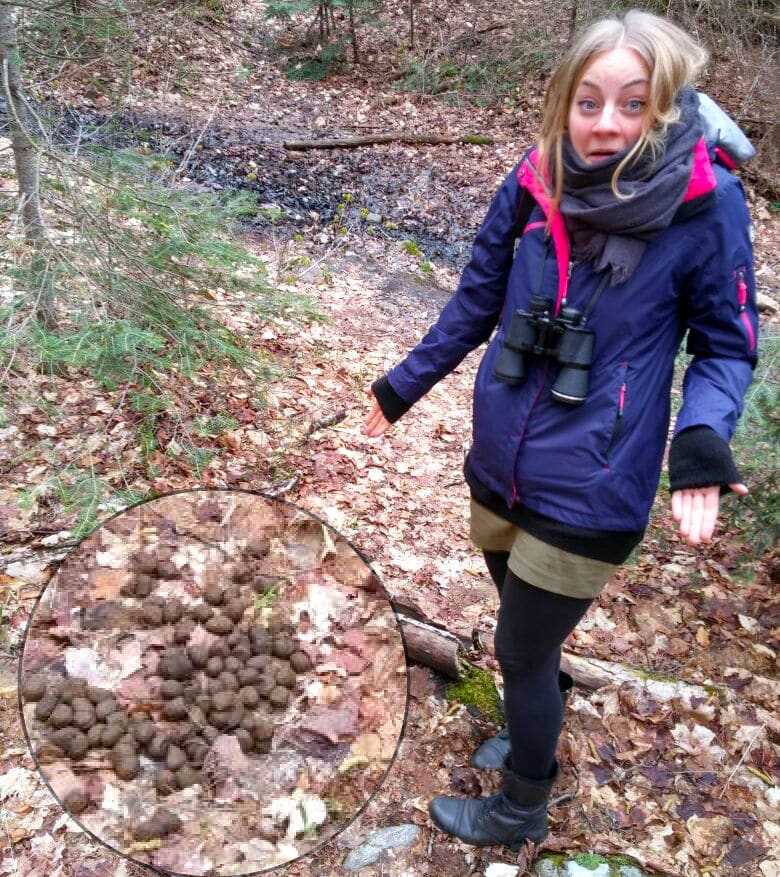 To make a long drama short, we had a wonderful trip, burned a lot of calories while scrambling through the forest, but we really did not see moose, no moose. Not again. This should continue to be our Sisyhus task. 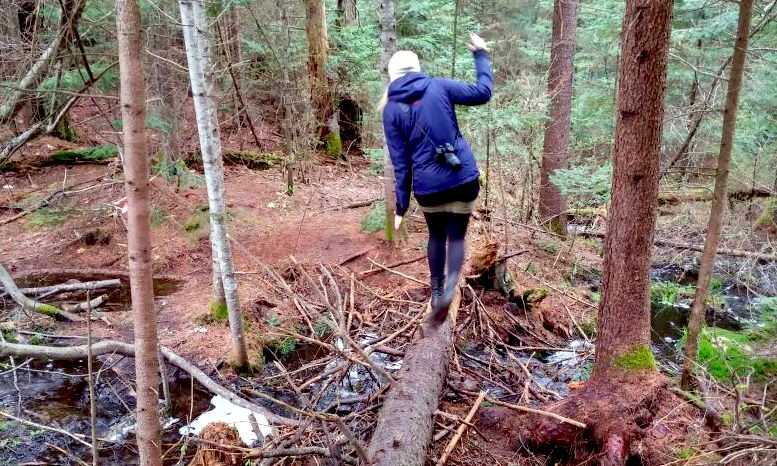 It’s good that Canada‘s national parks have more to offer than moose. So we could enjoy fantastic views, whether on infinite forests or the breathtaking Rockies. 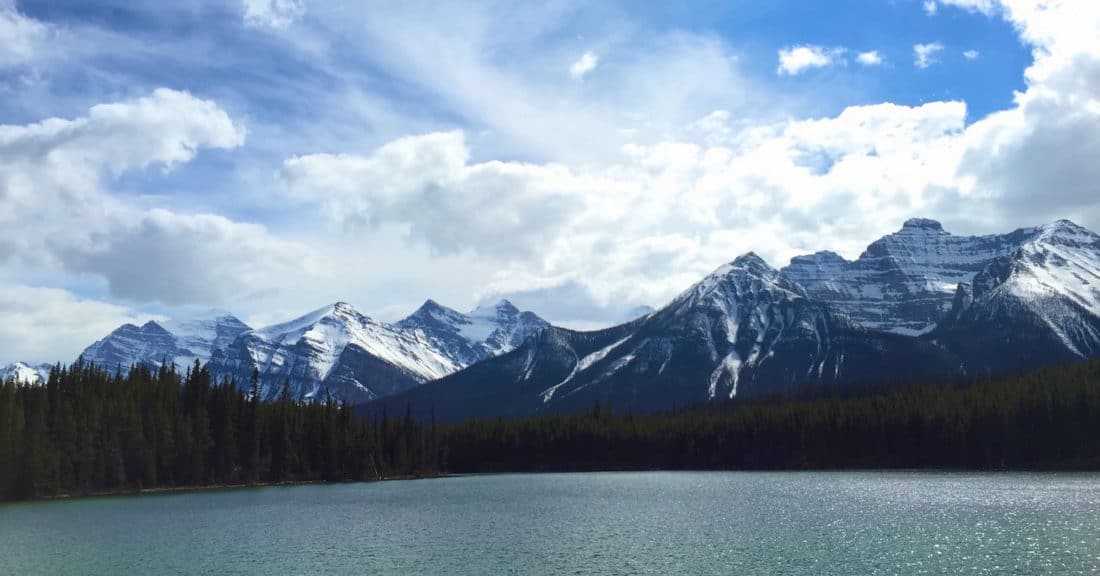 One of the most famous tourist destinations within Banff National Park, which glistens to one of Canada’s many travel guides is Lake Louis. Sure, we too stopped here. Not quite as turquoise, but icy beautiful, showed us this highlight.

The first day was almost over, we had just turned around and had driven a few kilometers when my friend abruptly stopped abruptly. The moment we turned, he ran across the street, a bear. At the height of the bear, we stopped. There he stood, grazing. We could not believe it. We had counted on moose all the time, but not with bears. Not at all, only a few meters away from us. For a few minutes, we were able to enjoy this encounter. As we later learned, we were very lucky, but too frivolous. Because, as a Canadian forester later said, “oh my god, it’s a grizzly! Are you crazy to get that close? “

In addition to the grizzly, we have also encountered far less dangerous animals, such as these cute chipmunks. They stand in front of their burrows and watch closely. But if you are too close to them, then they have disappeared completely.

The whitetail deers have often met us, maybe one or the other thinks they are moose and that’s how the elk rumor of Canada came about? &# 128521; 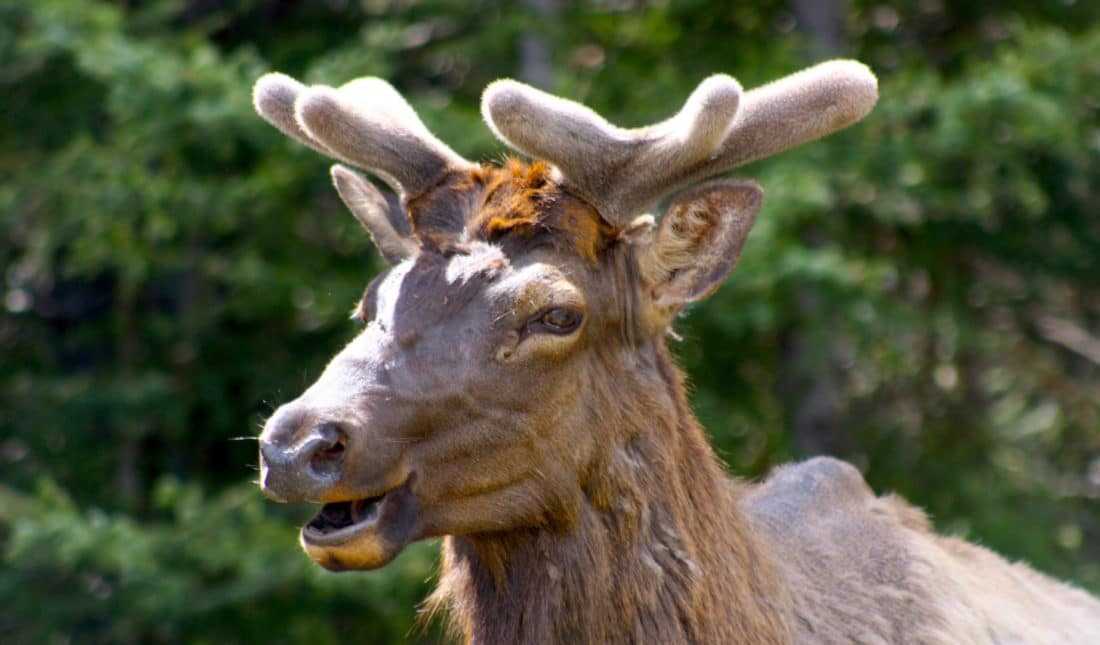 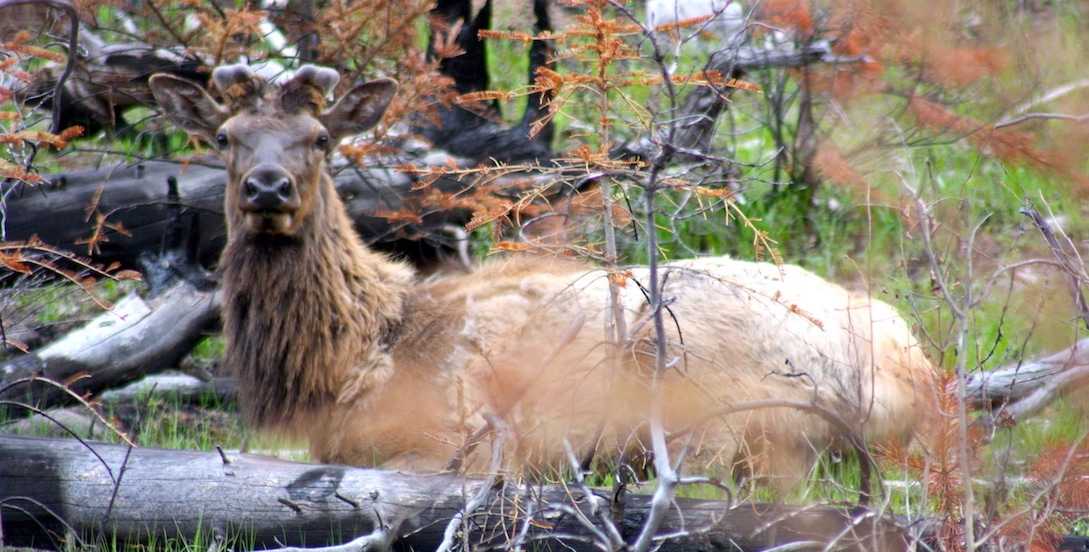 For two days we drove again and again different sections through the Banff National Park. The Grizzly should remain a unique experience, brown bears, however, saw repeatedly on the roadside forest. 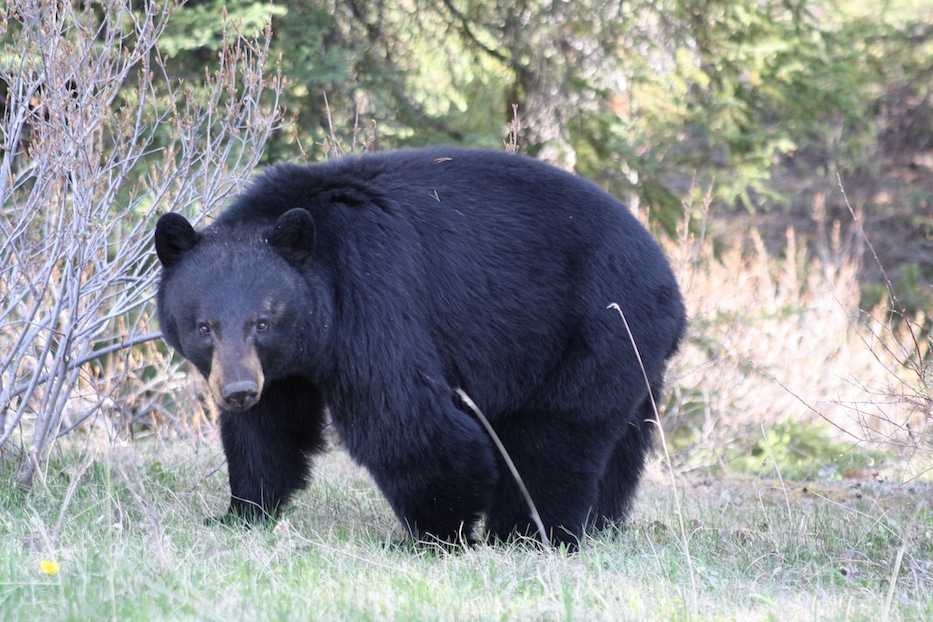 And even this “usual porcupine” we could discover from the car. 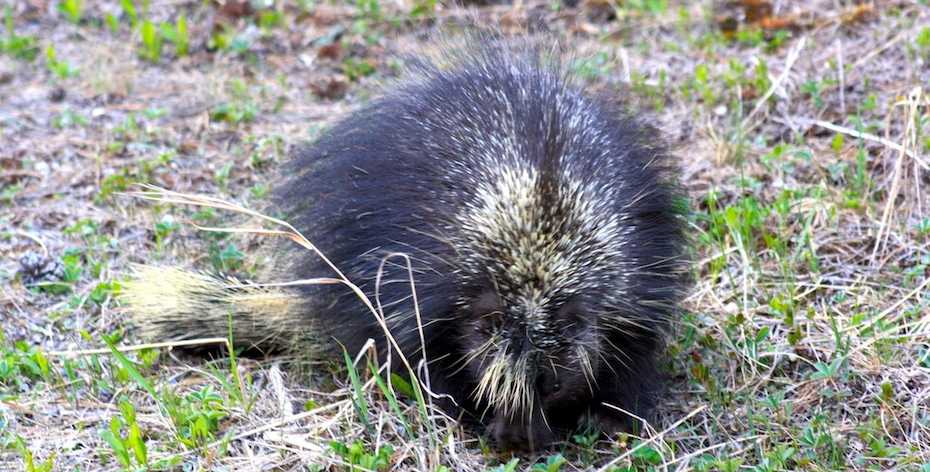 Our 2.5 days in this region went by so fast, far too fast!

If you’re planning to travel to Banff National Park in Alberta, Canada, it’s best to plan a good week.

As we witnessed a bear fight in Jasper National Park, you will find out in the next Canada Travel Report.

The next trip is soon to come and wondering which backpack you buy the best or which toiletries are probably the least take away space? Let yourself on my equipment- & Inspire tool page. There I also tell you which camera I use when traveling. And if you have everything, my packing list will not help you forget anything.