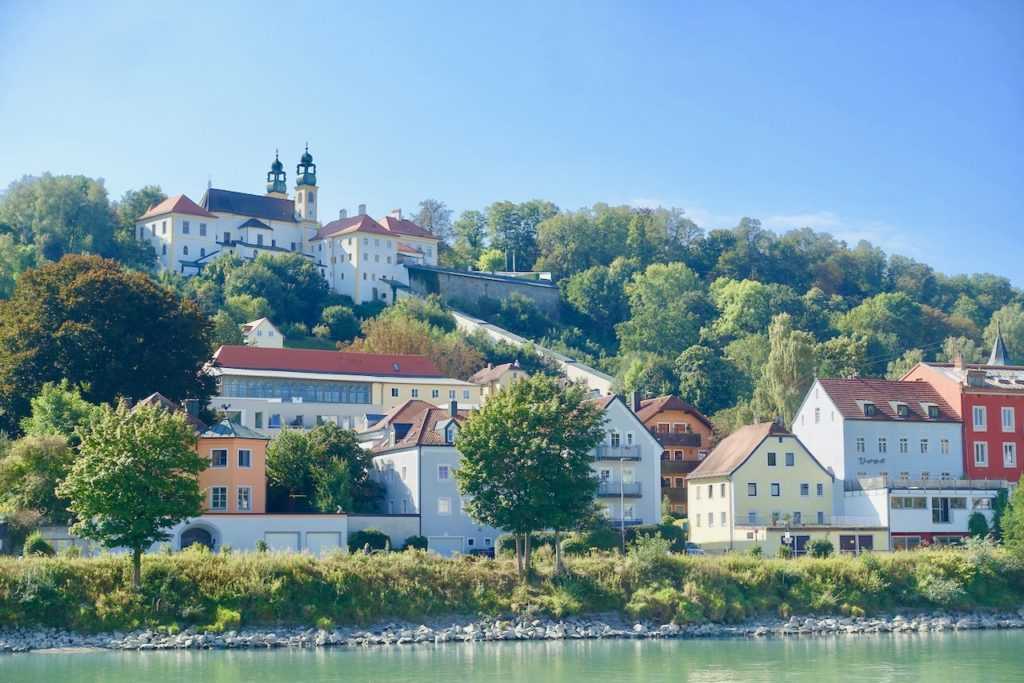 If you like cycling, you should take a closer look at the 244-kilometer Lower Bavaria tour, from Passau to Regensburg or vice versa. I was with the e-bike on sections and I looked at what exactly behind the motto “swimming trunks, beer and baroque” hides.

By bike on Lower Bavaria tour

You should cycle over 7 stages …

Overall, the Lower Bavaria tour includes almost 250 kilometers, on mostly fairly level track. Scenic, it snakes along the rivers Danube, Inn, Isar and Vils, through forests, meadows, valleys and fields. Idyllic spreads the bavarian blooming landscape left and right of the bike path and surprised again and again with castles and monasteries, such. Kloster Schweiklberg, Aldersbach Monastery or Weltenburg Monastery.

On the Lower Bavaria Tour Every Radel fan will definitely find his personal highlight. Whether touring cyclists, pleasure cyclists by e-bike or even cultural bikers with a taste for baroque history. 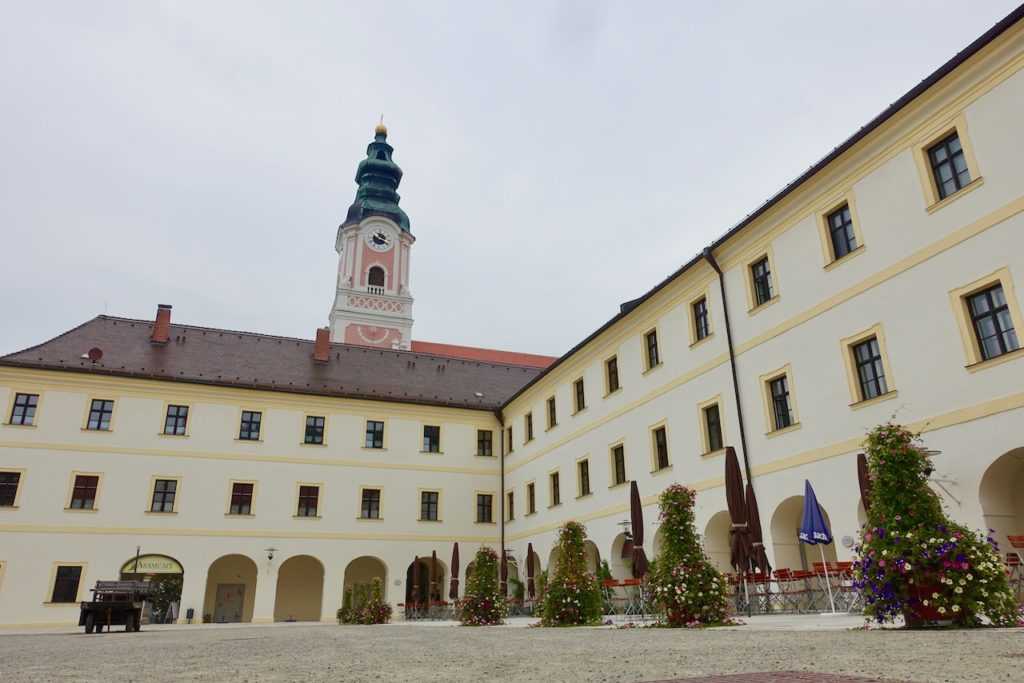 26 kilometers – Relaxation and experience are at the forefront of the Lower Bavaria tour. Therefore, the individual stages include a few miles, because of course, the Cycling holiday also get time and opportunity, the individual stations and, above all, the landscape to enjoy. From the fashionable Passau to the sweet Vilshofen it is therefore only just over 25 kilometers.

My advice: Treat yourself to a discovery tour through Passau, including three-river shipping, at least one day’s time.

From Passau go over the Danube Bike Path to Vilshofen. If you are curious Gate of beer crates happened, then you arrived in the city. Vilshofen you can walk well. Not everything turns in the small town, but much to the beer. Let’s go to a beer Walk through Vilshofen, with a visit to the Beer Unterwelten opposite the church and then swing back to the saddle and the beer bike path consequences. 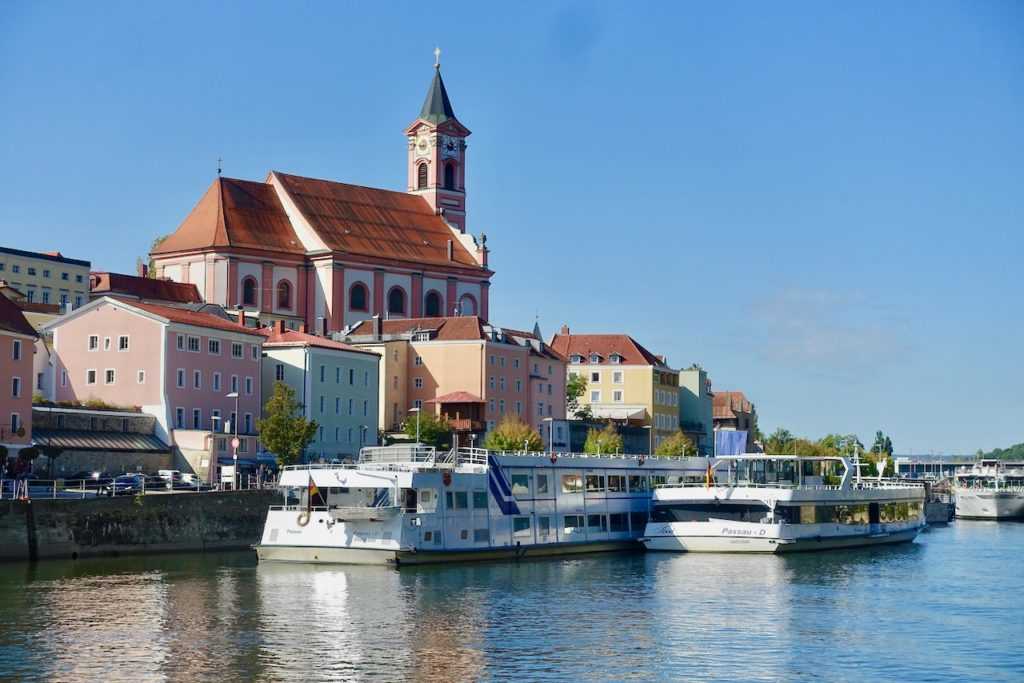 29 kilometers – Of the beer bike path offers all sorts of beer – based opportunities for breaks: from the Bierbank to beer swing. The landscape goes through a forest that can look back on an interesting history, because until about 100 years ago, granite was mined here. The forest did not reappear until the mining was stopped. Hidden in the thicket is still to see where once the railway line led along. Places like that Taferlsee could only be caused by the former mining. I always find it fascinating to see how quickly nature recaptures the landscape.

After about 13 kilometers, the Bierradweg ends in Aldersbach, but not the Lower Bavaria Tour. In the rustic Bräustüberl of the monastery, In the beautiful Vilstal, I still recommend a break with Bavarian delicacies and of course a beer from the in-house brewery. If you have time, you should go to one Guided tour of the brewery take part and of course a look in and in the beautiful monastery church, with frescoes, stucco and gold leaf throw. (Attention: The church is currently closed due to an extensive renovation).

Well strengthened then go through the largest cucumber growing area in Europe (yes, that’s right, that’s right here and not, as some may think, in the Spreewald) to the finish in Eichendorf. 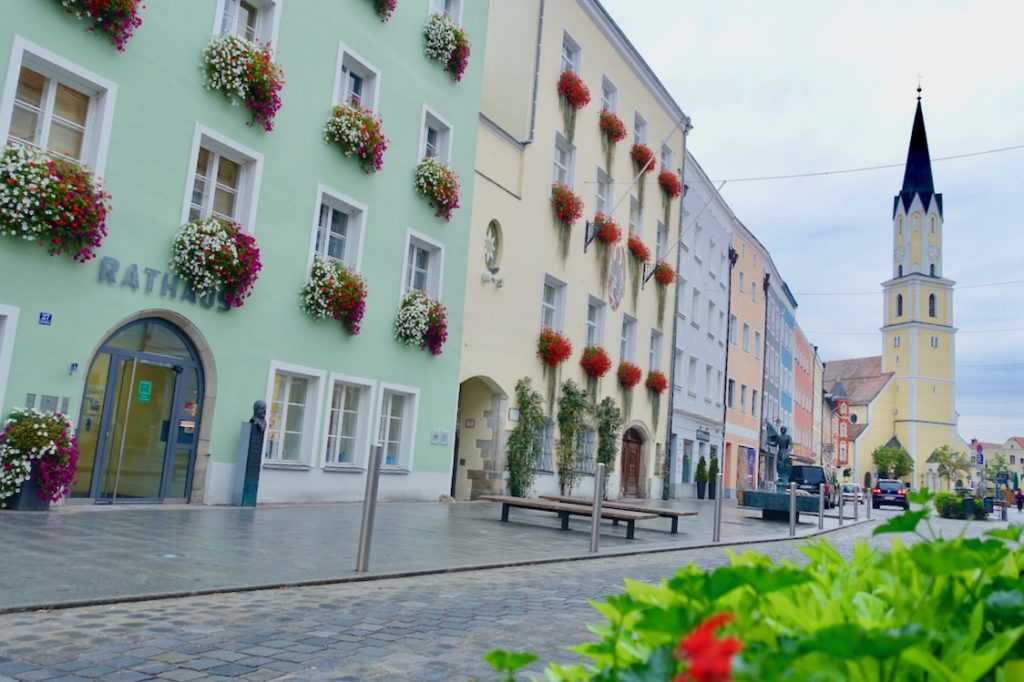 36 kilometers – After the first two small stages, everyone has now decided to be fit for a longer distance. At just over 35 kilometers, it’s only about the Vilstal bike path and then over the Bockerlbahnradweg, from Eichendorf to the BMW city of Dingolfing.

You are more into culture? Then on, in the 1251 founded Dingolfing with late Gothic church, Herzogsburg and museum, which gives an insight into the interesting industrial history. Of course, Dingolfing is also known today as a location for the world car brand BMW. 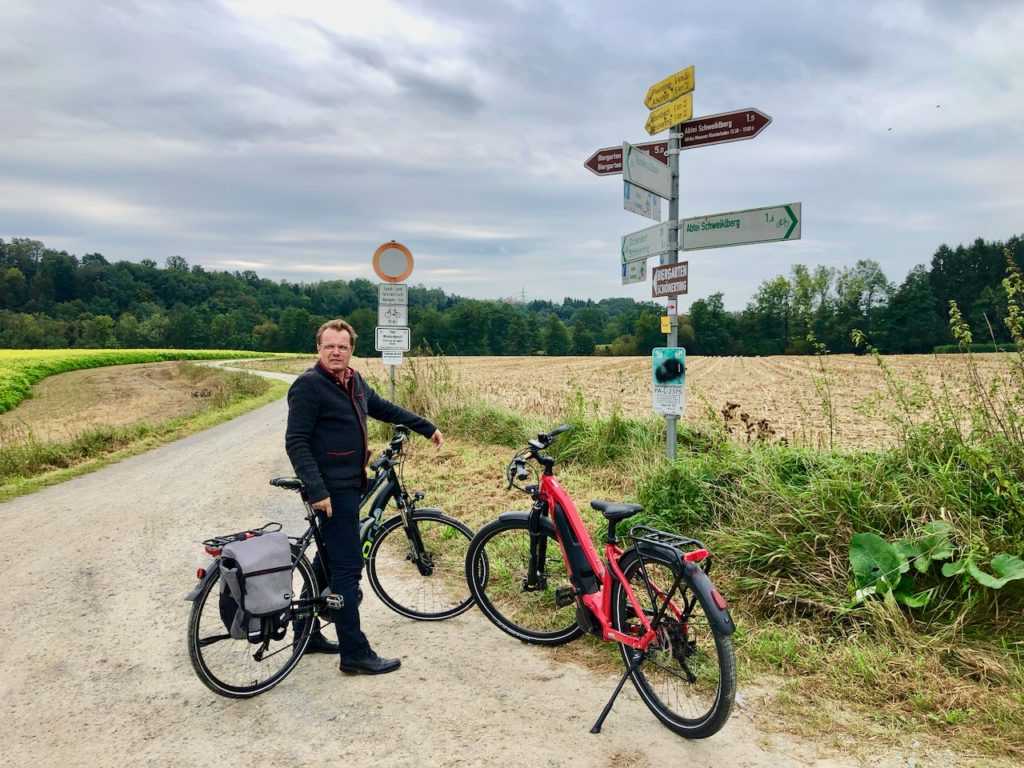 30 kilometers – Meanwhile leads the Route of the Lower Bavaria tour, pleasantly shady and cool, along the Isar. If you are in the mood for a few extra kilometers, it will be a dangler Loiching, awarded as one of the most beautiful villages Germany.

If you are in the mood for even more cooling, look for them Kneipp facility at the monastery Urach or make a little detour to the Swimwear at the wake park in Wörth on the Isar unpack. In addition to the bathing fun, a variety of water sports are available at this lake. This brought the lake also the nickname “Riviera Lower Bavaria” on.

For the cultural change in turn ensures the milestone Landshut. The Capital of Lower Bavaria lures with basilica, city residence, castle Trausnitz and the beautiful Cityscape of Gothic and Renaissance.

My advice: Plan for Landshut enough time for the city exploration!

44 kilometers – Well eingadelt the fifth stage is very sporty but also very relaxed. How is this possible? At almost 44 kilometers, it leads from the picturesque Landshut Places of rest and one idyllic natural landscape after pipe. Attentive cyclists have the opportunity to observe storks, herons and waterfowl.

We pass along the Labertal stork route, Niederhatzkofen and Rottenburg an der Laaber, until we finally reach our milestone, the former Augustinian monastery pipe, to reach. You should take a special look at the church. It was almost destroyed in the Thirty Years’ War, then renewed and decorated around 1720 with magnificent ornaments.

32 kilometers – Slowly we approach the final spurt of the Bike tour through Lower Bavaria. On the way from monastery to monastery the tour leads through Europe’s largest hop growing area – the “Hallertau”. Deserves a special look Abensberg with the Kuchlbauer Tower, designed by Friedensreich Hundertwasser and the remains of the former city wall.

In the footsteps of the Romans we cycle past the former Cohort fort “Abusina” in Eining. Thousands of Roman fans celebrate “Salve Abusina”, Bavaria’s largest Roman festival, in August.

Tip: Roman relaxation from head to toe is offered by the Limes-Therme in Bad Gögging. The Roman Emperor Marcus Aurelius was already enthusiastic about the water of the springs over 2000 years ago.

Picturesquely embedded by impressive rocks, in a loop of the Danube, we reach the destination: Monastery Weltenburg. If you like, indulge yourself here a pleasurable and Award winning hop drops, from the monastery brewery. If you have a preference for special accommodation, you will also find guest rooms behind the monastery walls. 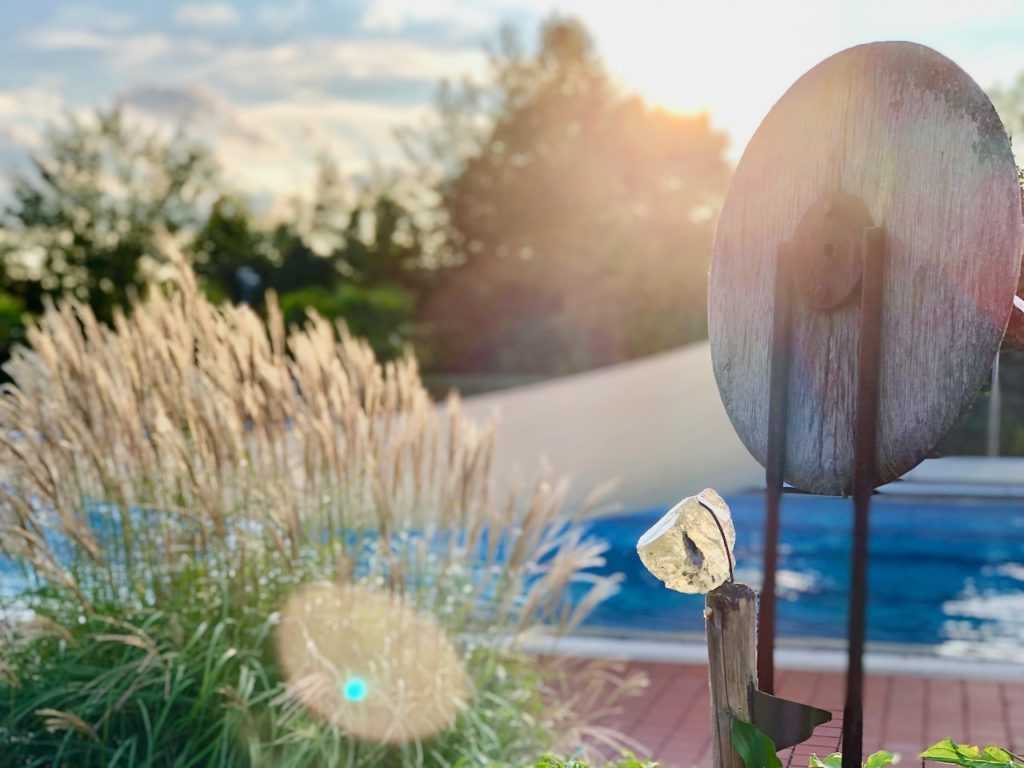 The thermal spas offer relaxation along the Lower Bavaria tour

45 kilometers – The last leg of the Lower Bavaria Tour contains once again a real highlight. Because the Weltenburger tightness with Danube breakthrough one crosses best by ship. From the water, the rocks and Liberation Hall on the Michelsberg can be seen in a particularly picturesque way. But this is not the only way to get in contact with water at this stage. With the Greed rope ferry At Matting, with the help of the Danube River, you move to the other side.

If you are more thirsty for water-relaxation at this stage, then why not make a detour to the Kaiser-Therme Bad Abbach on.

With arrival in the UNESCO World Heritage City Regensburg the destination is reached after nearly 250 kilometers. Top attractions in the city include the cathedral, imperial hall, the Golden Tower and the Stone Bridge. On a leisurely walk through the city, of course, all this can be easily reached on foot or by bike and visited. 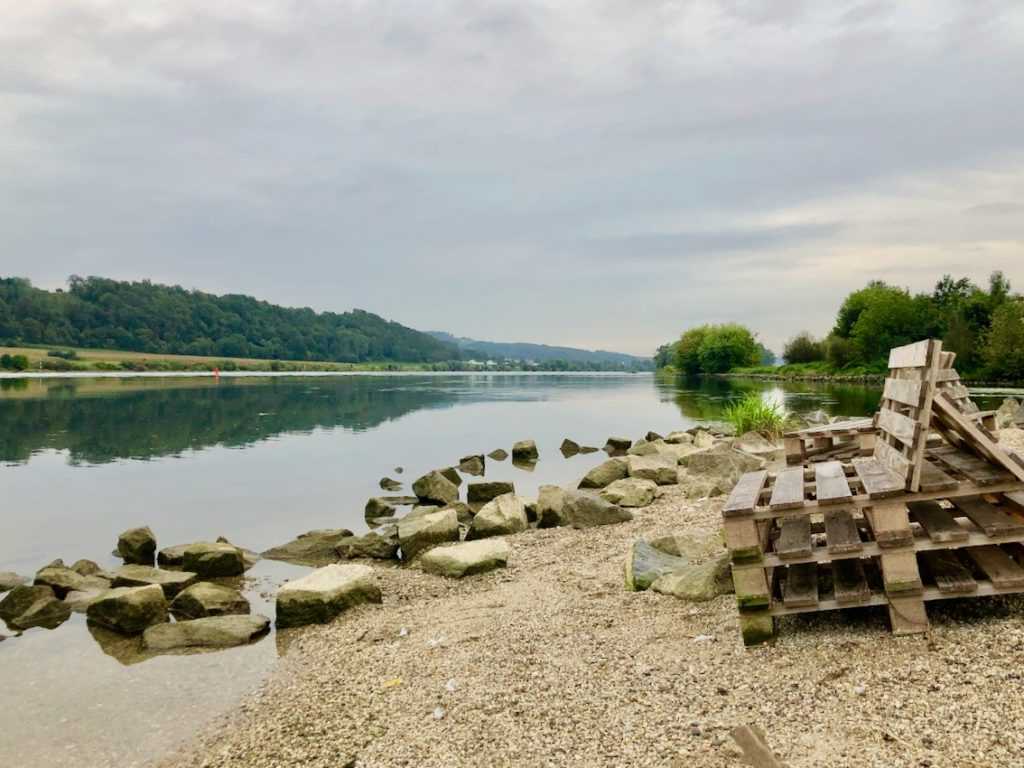 Lower Bavaria tour on the Danube

Traveling by bike in Bavaria: Fancy the tour through Lower Bavaria?

Did you feel like going on a bicycle tour through this region in Bavaria? Then you will find more information and tips for planning your trip along the Lower Bavaria tour with the following links. 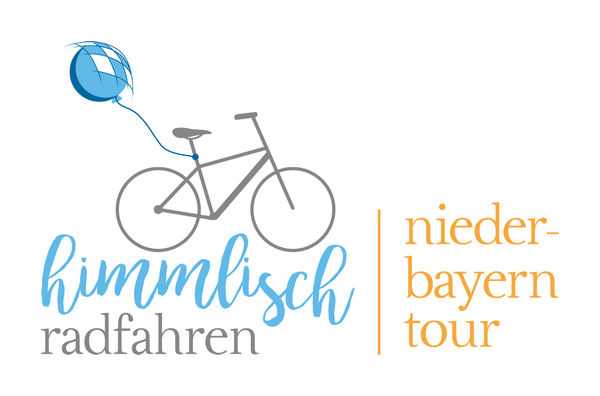