the information point for children’s culture 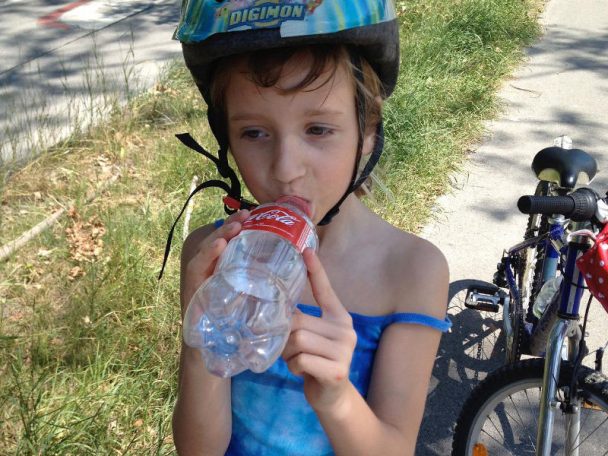 Pentecost is coming soon, that’s great for a little bike ride! How about exploring Lake Neusiedl by bike? Or maybe you want to take a trip along the Danube? Years ago we did a leisurely 3 day tour that not only the children (then 9 and 11) are still well remembered. On the one hand, because a bike tour lasting several days is something special and represents a little adventure. On the other hand, because we saved a small bat that was just being attacked by a bird – an animal that you rarely see so close. But such a bike tour is really a nice thing if you want to do something as a family. To go biking is more comfortable than hiking, the luggage does not have to be carried on the back, but can be conveniently packed in bicycle bags. You advance faster and cover distances that you would never have thought would only be possible with muscle strength. You can also chat or drive alone if you need some distance.

Planning a tour is an exciting thing. As with all physical activities, be careful not to overwhelm the weakest link. Because a tour is twice the fun if you enjoy it together and master the challenges together. First you have to agree on the different needs. 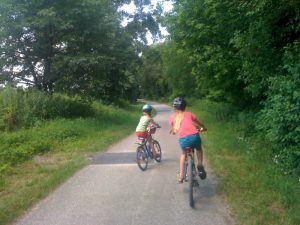 We wanted a pleasure tour that

Therefore we decided to take a tour along the Danube towards Krems. Since we could start from home, there was hardly any slope even when we were going upriver and there were many swimming opportunities on the way. The first stage was the longest because we chose the campsite at Tullner Aubad as the destination. If you want to shorten the route through the city, you can start in Heiligenstadt or go even further with an S-Bahn.

Since the bike path runs very close to us, are we cycled over the ring and then along the Danube Canal until we reached the Löwen Bridge near Heiligenstadt and the Danube was on our right. Honestly, the piece was longer than I remembered and I would probably cut it short if the desire to leave home wasn’t that great. Shortly before the Kahlenbergerdorf was a small playground. We drove past the Klosterneuburg lido and the power bath in Kritzendorf and only took a longer break in Greifenstein. When we arrived at Tullner Aubald, we were almost 40 km behind us. We were happy to go for a swim again. Since there is a small island in the middle of the lake, this was our goal. There the children discover a family of ducks, which kept them particularly busy because one of the chicks had a foot injury and could not follow the other so quickly. When we pitched the tent, we welcomed the Gelsen and were happy to take refuge in the restaurant.

The next morning we took our time and had a leisurely breakfast as the 30 km stage was not so far. In our friend’s bike map there was a dinosaur park near Traismauer, but it no longer exists. But there was enough variety on the way: We stopped at the Danube and observed the large cargo ships, which are moving pretty quickly. We also passed Zwentendorf, whose power plant activated so many in protest in our youth that the children really wanted to know more about. A friend told me that there are tours, but we didn’t do any. At Traismauer there is a very beautiful natural bathing lake, where we took an extensive break before we set up our night camp. We stayed with friends in Traismauer.

We didn’t want to go back the same way, so the next day we turned onto the Traisental bike path. The Traisen is almost more of a stream than a river, so the mood there was very different from that of the great river. The bike path was not so crowded, but on this day the sun wasn’t shining as usual and we had stowed the rain gear up in the basket in case it started to rain. At 23km today, there were no great demands on our condition. I really liked the landscape here and the children enjoyed playing in the Traisen. At St. Pölten you can still pass swimming lakes that looked very inviting. Due to the rain, we decided to cancel our tour here and take the train home. The way to the train station was well signposted and easy to find.

The route is really well signposted, you can’t get lost. Most of the time you are on paved bike paths, but sometimes there are roads or gravel paths. Swimming pools, restaurants and sleeping facilities are also shown. Going back by bike on the train was also very easy. Important: take enough to drink!

Would like more? Smaller bike tours can be found here.