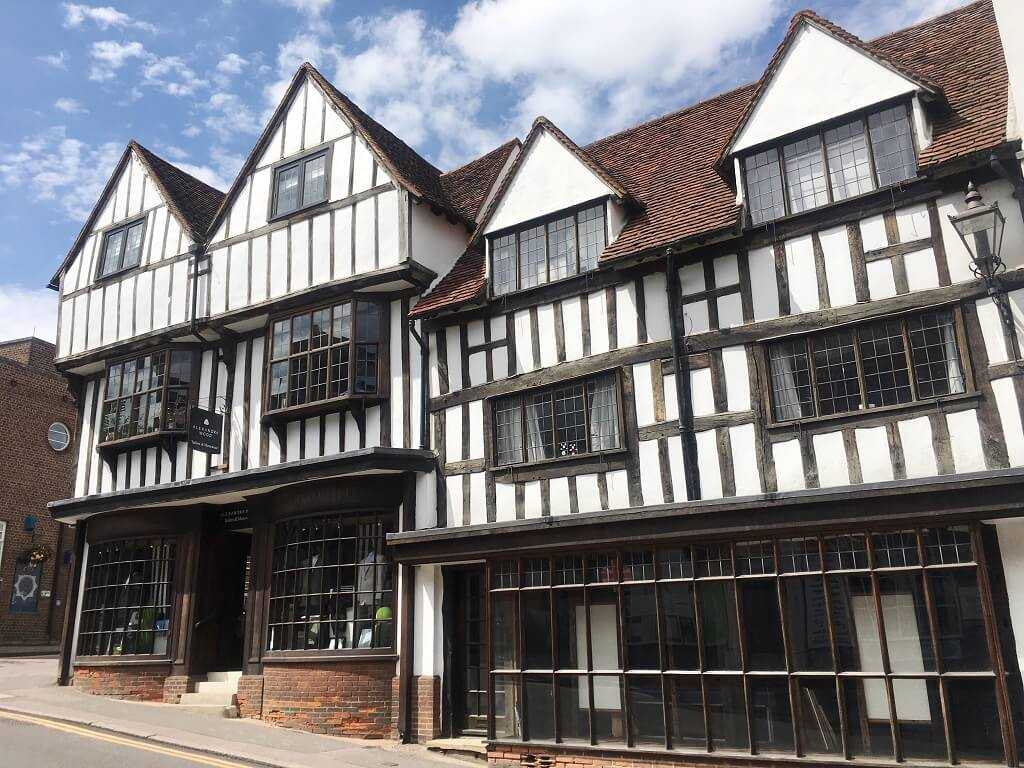 Ever been in Bishop’s Stortford? The small town in Hertfordshire is very close to Stansted Airport and is the >

From London to Stansted Airport

If you need to travel from London to Stansted Airport, you have several options. The most comfortable is certainly the Stansted Express, an express train that will take you from London Liverpool Street directly to the airport. Somewhat cheaper is the alternative with the normal train and cheapest you come with the bus “National Express” from London’s center to Stansted airport.

Wanted: a small town between London and Stansted Airport

And then there is also the possibility not to rush directly from London to the airport, but to take some time. Exactly after that I had the sense, as I had many hours to departure from Stansted on the last day of my London trip. I had chosen the last machine, which flies shortly after seven in the evening from London to Berlin Schoenefeld.

After three days of London full of programs and even a 10-kilometer run I was looking for peace. I felt like a small town, which is quite nice, but where there is not so much to see that I’m back in leisure stress. It should be easy to reach from the center of London and more importantly: from there I wanted to get to Stansted without any complications. 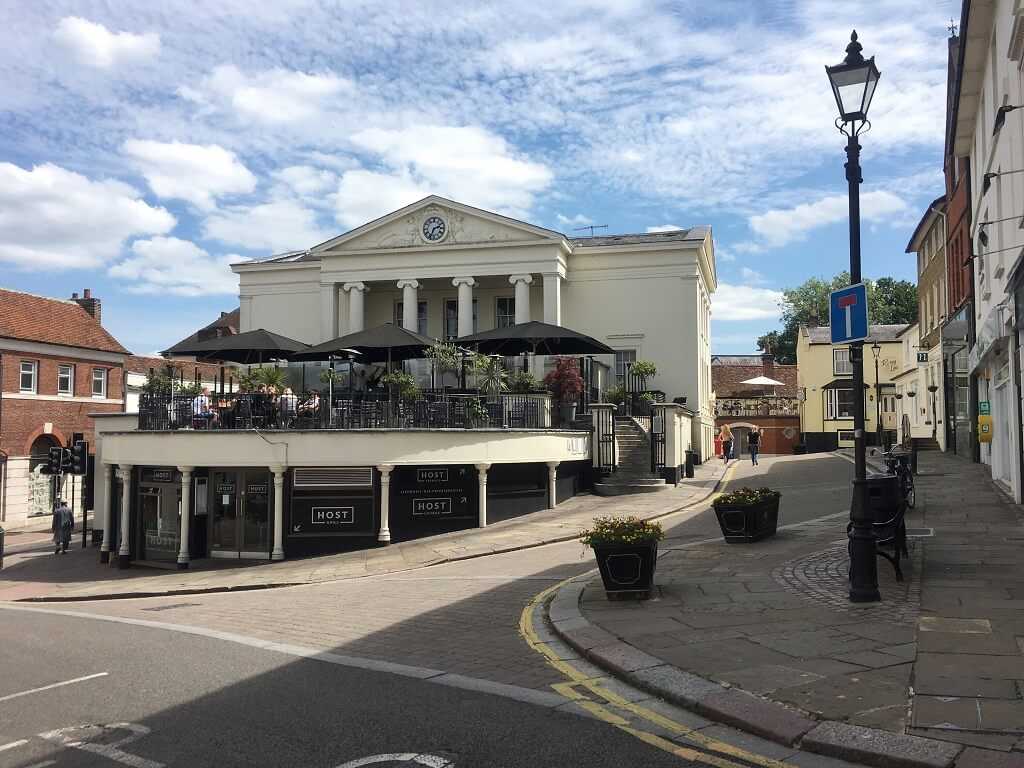 Corn was formerly traded in the Corn Exchange Building, and today it is a great place to eat

The choice fell on a medium-sized town in Hertfordshire with the sounding name Bishop’s Stortford, about 50 kilometers from London and located near the Stansted Airport. There is a train from Liverpool Street Station in central London to Bishop’s Stortford, which takes about three quarters of an hour. Had I had a little more time, I would have taken the same train for a while to Cambridge, which I finally want to visit. But with my few hours to the flight, Bishop’s Stortford was just fine with me.

Around 35,000 people live in Bishop’s Stortford. It is a typical English “market town”, where the market day is always Tuesday and Saturday. Along the High Street are the well-known cafes and clothing chains, but fortunately there are a good number of owner-operated shops and restaurants. Because of its location, Bishop’s Stortford is a commuter city, as it used to be: the city was a frequented stagecoach stop between London and Cambridge.

What to do in Bishop’s Stortford?

At Bishop’s Stortford, you can hang around for a few hours, a half or even a whole day without getting bored. Eating, shopping, learning about British history: can do everything here. 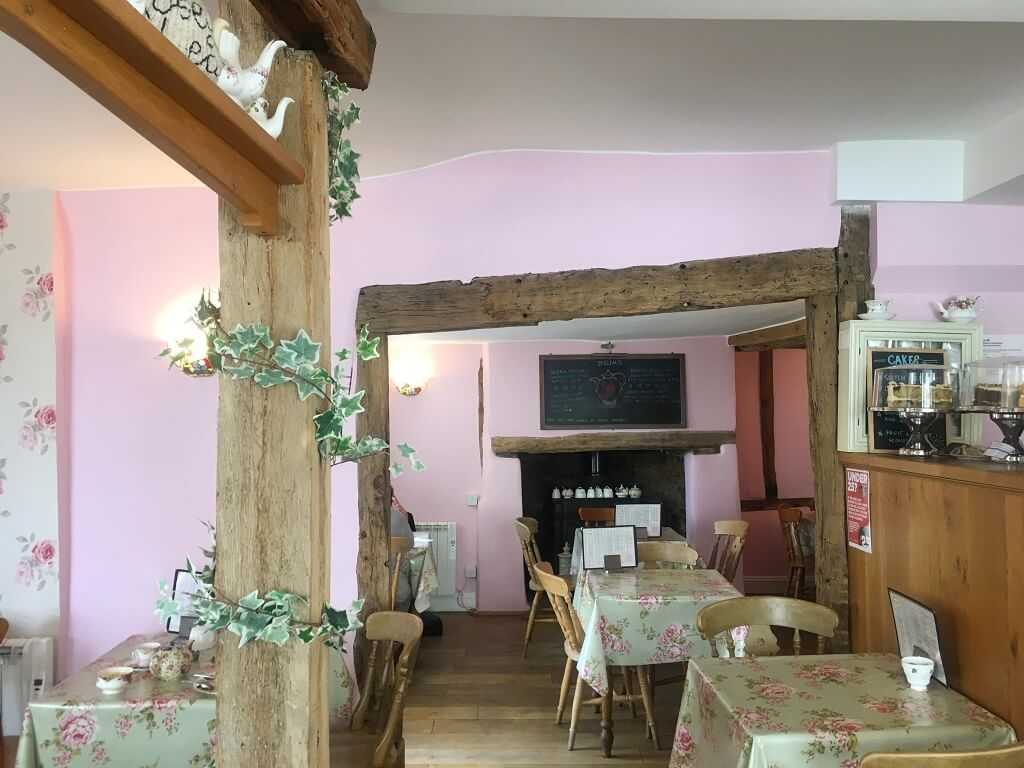 Like another time: the Rosey Lea Tea Room at Bishop’s Stortford

Be nostalgic and drink tea in the Rosey Lea Tea Room

My first clue was, how could it be otherwise, the local Tea Room. Already from the outside saw the Rosey Lea Café & Tea Rooms with its sunlit terrace very inviting – yes, this English weather again, outrageous blue sky! Because I had already had enough sun that day (I’m sure I have Celtic genes), I decided to sit inside. And I have not looked back: the interior of Rosy Lea is a pink flower dream.

I would have liked to try the Afternoon Tea, but then I decided but for a less rich dish: a sandwich with Stilton cheese, a cup of fruit tea. The sandwich, the tea, the flowers and the music of Beatles on Journey to the half Dirty Dancing soundtrack: how should not be nostalgic there, immediately pull out of the country and only want to bake Apple Pie? 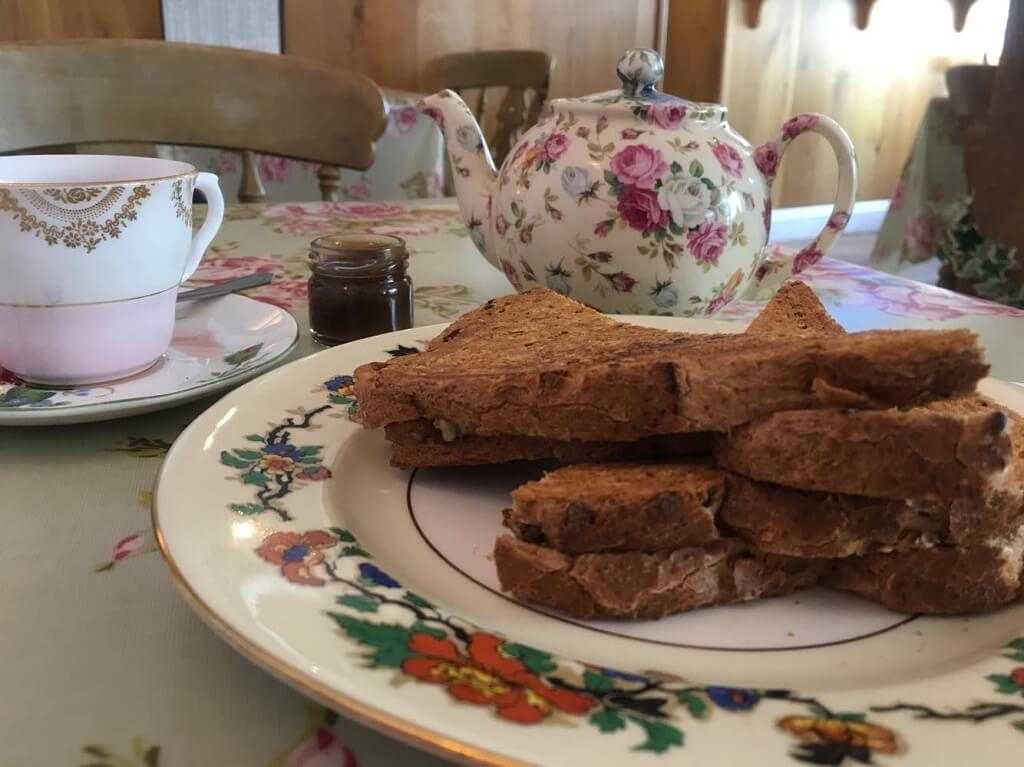 Bargains hunt in the charity shops

In Bishop’s Stortford, as in many English cities, there are charity shops that sell second-hand bargains for a small price, from clothes to crockery and books to furniture. I almost never can pass one of these shops and this time I was even lucky and bought a serving plate, on which I will soon present my scones in style.

The oldest tailoring in England

In 2013, an era came to an end in Bishop’s Stortford. In that year, Tissimans Mens Wear closed its doors, a custom tailor that had been based there on the High Street for over 400 years. Instead of having a bank set up in the Victorian building, as is often the case, a branch of the London “Alexandra Wood Tailors” has once again established a tailor’s shop that continues the tradition and gives the old craft a modern twist. And just as well, because I know you: the half-timbered house is without the “most instagramable” building in Bishop’s Stortford! 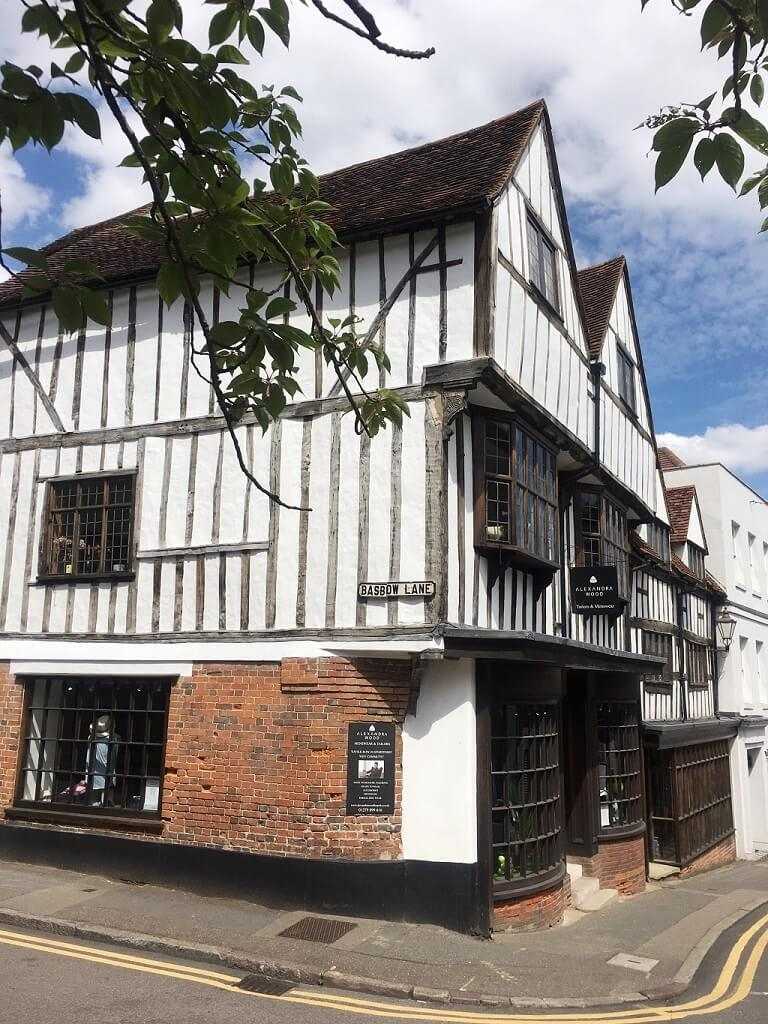 Attention, watch out, now there’s who-knows-millionaire knowledge! Bishop’s Stortford has a very famous son named Cecil Rhodes. He founded a country named after him … well, is it ringing? The businessman and politician acquired colonies in the south of Africa and baptized them Northern Rhodesia and Southern Rhodesia, which eventually became the state of Rhodesia, which as such was never recognized. Today, the territory of southern Rhodesia is known as Zimbabwe, and Northern Rhodesia has been independent since 1964 under the name of Zambia.

Rhodes is known not only for a state, but also for a business creation: The diamond company was founded by him and two companions in 1880 from the baptism.

Of course, such a story is not without controversy, and the Rhodes statue, which was set up at the University of Cape Town, was removed in 2015 due to #RhodesMustFall. In addition, many conspiracy theories entwine around his person, as he is considered the founder of a secret, elitist society, which is said to have influence until today in the highest American government circles.

The Rhodes Art Complex, which houses the museum, also teaches you everything about the town’s past, which has made a name for itself through its malting and beer brewing. 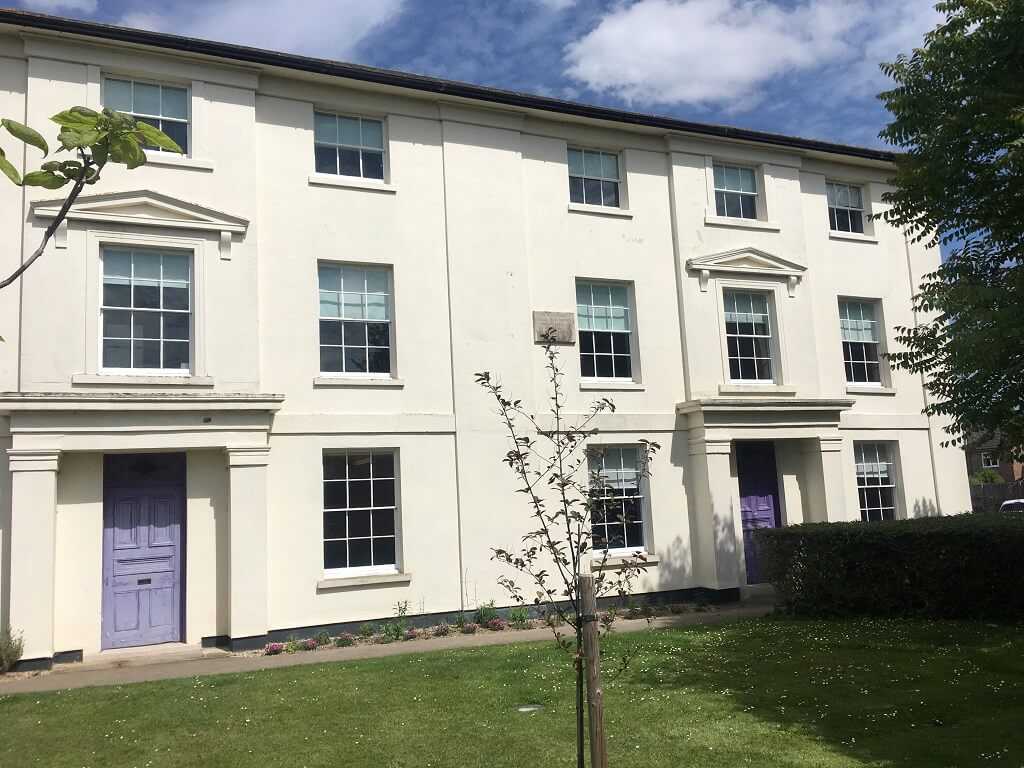 Cecil Rhodes, founder of Rhodesia, grew up in this building

The hippest place in Bishop’s Stortford

I would not have expected that in a town like Bishop’s Stortford: eat 17 is a mixture of unpacked-store, health food store & Street food market. Here you can buy healthy and delicious food and also eat well, such as hot dogs, Japanese katsu or pizza from the stone oven. In addition, the name of the store is awesome (for the younger ones among you: named after the postal code of London’s Walthamstow district, where the parent company was once founded – East 17. The legendary boy band East 17, the Take That once, also came from the same area Fear taught).

PS: More about British bands and their names in my article “10 bands named after Orgen in the UK”. 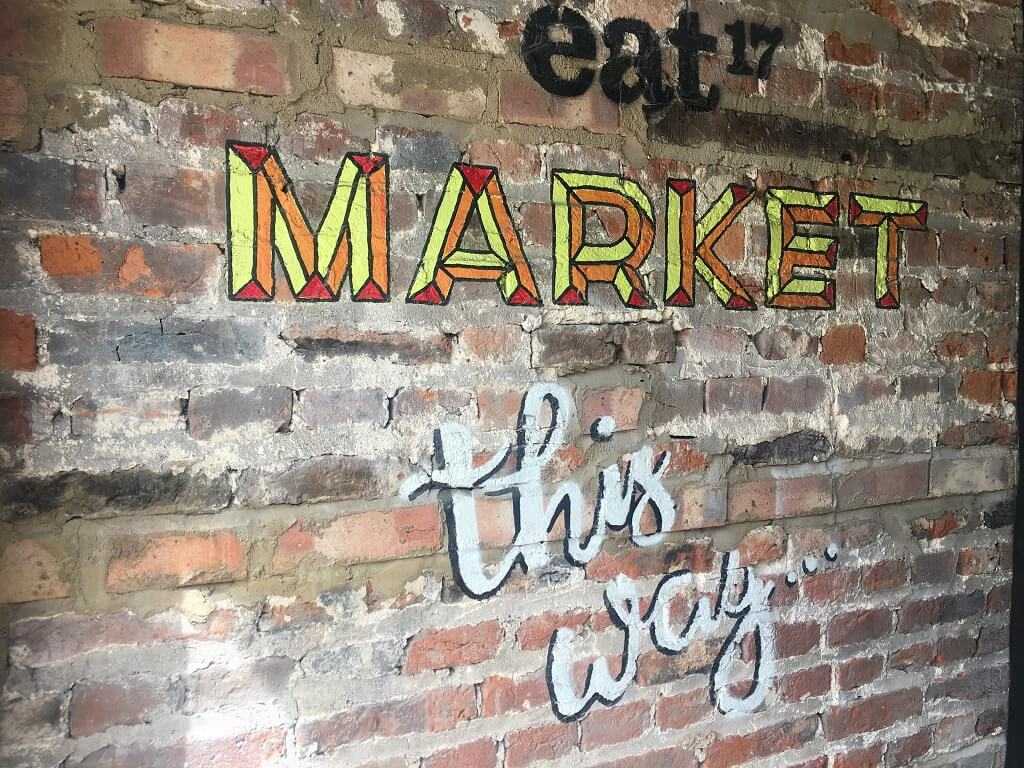 The trip to Stansted Airport costs just £ 3.50 and takes less than half an hour. The bus goes every few minutes and there is even WIFI! If you like Slow Travel, it’s just right for you: you’ll get some of the area and its residents, see schoolchildren on the way home, or flight attendants on their way to the shift.

Okay, you can not really call that “slow travel”, after all, it’s the airport and not the Eurostar. Driving to England by train anyway is a much better alternative, so we do not need to discuss it. But if you fly back to Germany from London Stansted, think about whether you want to make a stopover in a typical English market town – and if I could inspire you for Bishop’s Stortford, then say hello to the nice people in the tea Room from me!