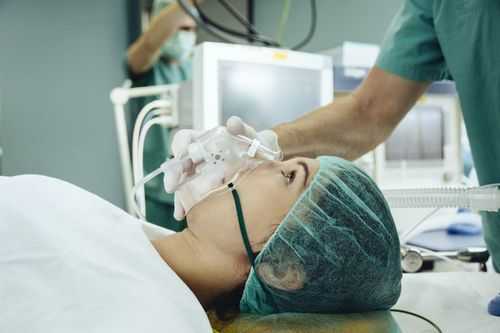 Breast augmentation was one of the most popular and most commonly performed cosmetic surgery ever. Since 1962 the first silicone implant was used in the US, a lot has happened. Thanks to their networked structure, modern silicone cushions are virtually leak-proof. Earlier common complications such as the formation of a capsular contracture should be prevented by modern, high-quality products. Nevertheless, this intervention is of course still associated with some risks that need to be carefully considered. And: scandals such as those about the poorly-priced cheap implants show that the monitoring of silicone implants was not optimal so far.

It is therefore all the more important to inform yourself precisely: about the operation, possible risks and complications, but also the professional qualities and routines of the treating physician and, if possible, about the manufacturers with whom he works. Professional associations such as the German Society for Plastic, Reconstructive and Aesthetic Surgery (DGPRÄC) or the Society for Aesthetic Surgery Germany (GÄCD) regularly issue press releases about the developments in cosmetic surgery and are also a good starting point for finding a suitably trained specialist.

From silicone pads to autologous fat treatment: The breast augmentation at a glance

There are many possible reasons for surgical breast enlargement. In fact, in most cases, this is done for aesthetic reasons. In addition, however, there may also be a malformation or underdevelopment of the breast, which then possibly represents a medical indication, ie necessity / justification. In this case, the breast augmentation, depending on the initial situation on one or both sides, be taken over by the health insurance. For example, a breast cancer with amputation can justify an intervention. However, a breast reconstruction or a reconstruction is usually performed here, a simple insertion of implants is then usually not enough.

Today, enlargement can be carried out in various ways: Classically, implants are used for this purpose, ie individually selected silicone cushions of appropriate size and shape. This method has been used for more than 50 years now, whereby the implants were repeatedly improved and thus made safer. However, this is also necessary because implants have been classified in the highest risk class for medical devices. An unintentional bursting of silicone gel could have devastating consequences. For this reason, modern, high-quality implants today are often made of cross-linked silicone and not of semi-liquid silicone gel. In this way, the implant would not leak even in direct injury. Nevertheless, an exchange would be useful or necessary in this case.

Alternative fillings, for example, with soy oil, however, have not proven. A possible alternative is the breast augmentation with special saline implants, which, however, is performed much less frequently. The surgery is the same here.

More and more, however, this method is performed: the autologous fat transplantation. It has recorded strong growth in recent years and has become increasingly popular. However, on the whole, comparatively few breast augmentations are still performed using this procedure. Self-fat enlargement is particularly preferred by patients who do not desire silicone implants or major surgical incisions. However, this treatment is not without risks and in the opinion of some specialists is not always the better choice. The decision must always be made individually.

The self-fat transplantation consists of two treatment steps, the removal of fatty tissue, which is often combined with a liposuction (liposuction), for example, at the buttocks, hips or abdomen, and the subsequent transplantation of the processed fat cells.

Before the breast augmentation: That should be considered

Of course, it is useful and necessary to inform yourself in advance about the possibilities and risks of breast augmentation. Nevertheless, this can not replace one thing: The personal conversation with a specialized on this procedure specialist. Pay attention to a relevant training, for example as a specialist in plastic and aesthetic surgery. In addition, the doctor should have enough experience with this surgery.

The consultation is not binding, but may be covered by some clinics with a nominal charge. During the conversation, the individual wishes and possibilities of the intervention are explained and the associated risks explained. The various treatment options can also be discussed – not in all cases is an autologous fat treatment possible or useful and vice versa. Last but not least, this conversation also serves to get to know each other. As a rule of thumb, even if you have already opted for the procedure, you should always check whether you would like to have this performed by the respective doctor. A solid basis of trust is necessary for a successful treatment.

After the conversation, the legislature has given a reflection. Only after expiry of this may the OP be performed. A few hours to days before surgery should be dispensed, inter alia, alcohol and blood thinning drugs (except medically necessary remedy). If a general anesthetic is planned, the patient must be sober, so do not drink or eat about ten to twelve hours before. Precise rules of conduct are explained by the attending physician or clinic.

Breast augmentation: During the operation

Basically, there are two different methods of breast enlargement available today – the use of implants and autologous fat transplantation. While the former is performed under general anesthesia and can take up to several hours to complete, autologous fat treatment may be performed under local anesthesia or drowsiness, depending on the extent. It usually takes less time, up to a maximum of two hours to complete.

For the use of silicone pads the appropriate cutting technique is selected. The choice depends on the initial situation and the desired treatment, for example, the size of the implant. In addition, a planned breast lift can be combined with the enlargement as desired. In this case, the incision in the Umsetzfalt below the breast, in T-shape around the nipples with incision to the umber fold or in the armpit can be set. About the incision, the doctor then creates the so-called implant pocket, in which now the selected silicone pad (or possibly saline pad) is used. Finally, the resulting cuts are sutured and provided with miracle material such as bandage, drainage and special bra.

In autologous fat transplantation, the desired additional volume is achieved by the body’s own adipose tissue. Of course, this must be taken before. This preparatory procedure can be combined as desired with a planned liposuction / liposuction. The fatty tissue now removed is then processed in a special procedure and then transplanted.

The exact supply depends on the chosen method. Breast augmentation with implants usually requires a short hospital stay. In addition, you should not do sports here for a few weeks and avoid sauna and hot baths. For some weeks, a special support bra is also to be worn, and in the first time you should sleep on your back if possible.

Typical after effects include mild to moderate pain (including tension pain), redness, swelling and possibly hematomas. Complaints that change or become stronger should always be clarified. After general anesthesia, the circulation is often severely damaged.

Both methods of breast augmentation involve risks. Thus, in both cases, for example, infections and wound healing disorders are possible. After the use of implants, capsule fibrosis or, for example, granulomas may form, sometimes even a long time later. If inferior implants are used, further risks are possible. In addition, general anesthesia always carries a certain health risk. The exact risks must be explained by the treating physician.