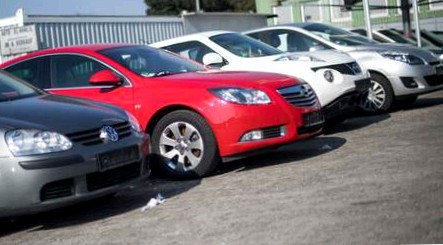 It is difficult for a layman to recognize a defective used car. Suspicious advertisements can be easily unmasked even without a great deal of specialist knowledge.

Wherever large sums of money change hands, criminals are often not far away. also on used car portals in the internet they try with fake advertisements to pull the money out of the pockets of gullible prospective buyers or to induce them to pass on their private data. Users should look out for certain warning signs.

Used car portals: you can often recognize fake ads just by looking at the photos

the most obvious part of an internet ad are always the photos. Prospective buyers should be wary of both too perfect pictures of the car* and an overly incomplete selection of motifs exercise caution. If in doubt, it may be worthwhile to compare the images with the internet using a google image search – they will then often appear in completely different places. A clear indication that the car* is not owned by the advertiser at all.

recognizing fakes on used car portals: how detailed is the car description??

After the photos, it is worth checking the advertisement text. if the seller indicates damage to the vehicle? Have them checked against the photos? For vehicles with a replacement engine, is the total mileage stated or only the mileage with the new engine?? In general, the more information and the more detailed it is, the better. Verbal statements are often not worth much in the event of subsequent disputes in court.

How to recognize dubious sellers on used car portals

If one is finally so far to contact the salesman, one should with overly anonymous advertisers become suspicious. For example, if you provide only an e-mail address but no telephone number, you may be trying to disguise your identity. In addition, a simple search engine search of the offerer name does not harm. If an address is given, it can be checked for plausibility with an online map service. In this way, it may be possible to find out whether an alleged private seller is not in fact a dealer. These occasionally pose as private individuals in order to circumvent the statutory warranty.

What you should consider before buying

If the pictures, text and seller have passed the check, and the vehicle can also convince the indispensable inspection, a healthy distrust can also do harm with the financial settlement not. It should be clear to everyone that handing over money at night in remote parking lots is not a good idea. But even if the seller has a seemingly particularly safe transaction through a trustee suggests, the alarm bells should be ringing.

even with reputable cash transfer providers, criminals have the opportunity to illegally obtain the deposited money. In other cases, it is often a matter of fake companies or companies abroad the money is also then usually irretrievably gone. Even well-known names should not be trusted in this respect: some scammers give themselves the appearance of having been commissioned by the respective online used car platform to handle the transaction. However, none of the major internet providers in germany offers such services.