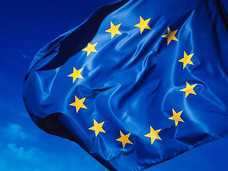 The new official version of the European Medical Devices Regulation (MDR) has been published today (5 May 2017) in the EU Official Journal together with the IVD Regulation. The Federal Association for Medical Technology, BVMed, has pointed this out. The official entry into force of the European regulations is 20 days after publication, ie on 25 May 2017. The MDR is then mandatory after a three-year transitional period from 26 May 2020. BVMed believes that the transitional period is limited due to the large number of new Notified Body requirements, the clinical evaluation of medical devices, new planning and reporting requirements and the new EUDAMED / UDI database system.

BVMed will inform its member companies in addition to the previous conferences, seminars and publications at an “MDR Summer Camp” on 26 and 27 June 2017 in Dusseldorf in detail about the new requirements of the Regulation. “The new regulations will put a heavy burden on small and medium-sized companies in particular. BVMed is therefore campaigning for a national funding program for medtech SMEs, “says BVMed Managing Director and Member of the Management Board Joachim M. Schmitt.

Major innovations by the MDR are:

After the entry into force, the MDR results in the following time schedule:

Existing bottlenecks at the Notified Bodies remain one of the major challenges in implementing the new EU Medical Device Regulation (MDR). This was stated by the experts of the BVMed special event “The Medical Device Law in Practical Implementation” with more than 150 participants in Cologne. “The MDR is extensive and difficult to interpret. This will significantly slow down market access for new products, if only because of the resource issues at Notified Bodies, “said Drs. Joachim Wilke of Medtronic. Salvatore Scalzo of the EU Commission expects that a total of 20 notified bodies will be notified after MDR by the end of the year. According to Martin Witte from TÜV Süd, however, the mere number of notified bodies does not say much. More problematic is that only a few Notified Bodies cover all classes and altogether the experts for the evaluation procedures are missing. Continue reading 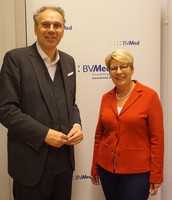 "Economic and health policy belong together, in the interests of patients and companies. This is important for Germany, even in international comparison", said Gabriele Katzmarek, member of the committee for economy and energy as well as reporter of the SPD parliamentary group for the industrial health economy on the BVMed discussion circle health on 23 October 2019 in Berlin. The industrial health industry is one "important future field", because "There the music plays", especially when comparing the number of jobs to the German automotive industry or mechanical engineering. BVMed Managing Director Against this background and also the new EU Medical Device Regulation (MDR), Marc-Pierre Möll called for an immediate joint restart of the stalled medical technology strategy process. An elementary factor is also an acceleration of the approval procedures for medical devices as well as the benefit assessment procedures at the G-BA. Continue reading

The mood in the medical technology industry has clearly deteriorated in Germany. The expected increase in sales in Germany is declining sharply by just 3.3 percent compared to the previous year (4.2 percent). Of particular concern is the declining profit situation due to falling prices and higher costs. These are the results of the BVMed Autumn Survey 2019. Read more