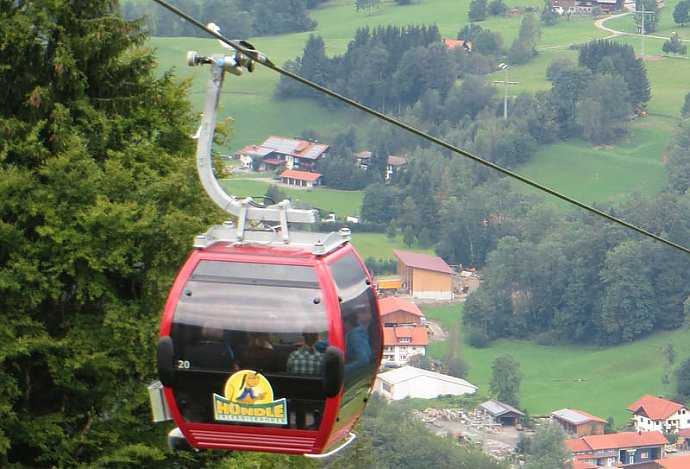 Cable cars in Germany ensure rapid transport to the highlands on the edge of the Alps. While in the summer especially hikers use the mountain railways for a quick ascent, in winter skiers and snowboarders belong to the largest group of users.

Fellhornbahn
The Fellhornbahn is an aerial cableway whose base station is located in the winter sports resort of Oberstdorf. The mountain railway leads in two sections to the summit of the 1,967 m high Fellhorn. The cable car was inaugurated at the beginning of the 1970s. In 2006, a new orbit (Fellhornbahn II) was opened, which runs parallel to the first section.

Hochgratbahn
The Hochgratbahn is a Kleinkabinenbahn near Oberstaufen in the district of Oberallgäu. The gondolas have a maximum capacity of four people. From the valley station in Lanzenbach to the mountain station on a summit shoulder of the Hochgrats, the mountain railway overcomes a height difference of 852 m.

Hörnerbahn
If you have booked a holiday home in Germany in the municipality of Bolsterlang in Oberallgäu, use the Hörnerbahn lift to ascend the alpine highlands of the Allgäu Alps. 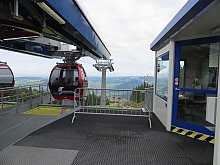 Jennerbahn
The Jennerbahn will be out of service until the spring of 2018, leading in two sections from the village of Schönau am Königssee to the mountain station on the Jenner. The predecessor building from the 1950s is replaced by a modern new building. This increases the capacity of the mountain railway to up to 3,360 passengers per day. The old two-passenger gondolas will be replaced by 64 gondolas in the course of the new construction.

Karwendelbahn
The Karwendelbahn in Mittenwald is one of the most important mountain railways on the German side of the Karwendel massif. The mountain is part of the Bavarian Alps and rises on the border with Austria. The mountain station is located at an altitude of 2,244 m on the West Karwendelspitze. The aerial tramway overcomes a height difference of around 1,300 m and takes between 7 and 10 minutes for the distance of just under 2.5 km. 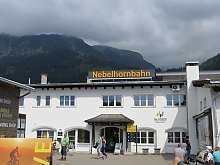 Tegelbergbahn
The Tegelberg is located in the Allgäu Alpine foothills near Schwangau. At its foot are the world-famous Neuschwanstein Castle and Hohenschwangau Castle. The summit region of the Tegelberg is accessed via the 2.1 km long Tegelbergbahn. The aerial tramway overcomes a difference in altitude of almost 900 m.

Wallbergbahn
In Rottach-Egern on the Tegernsee, the Wallbergbahn provides for a rapid ascent to the Wallberg. The orbit is equipped with four-pylons and overcomes a height difference of 825 m over a distance of 2,140 m. The journey time of about 10 minutes is sweetened with a fantastic view of the Tegernsee. At the mountain station there is a panoramic restaurant.

Zugspitzbahn
The Bayerische Zugspitzbahn is one of four cogwheel trains still in operation in Germany. The valley station is located in the district Garmisch the winter sports stronghold Garmisch-Partenkirchen. The start is at an altitude of 705 m. On a distance of 19 km the Zugspitzbahn overcomes a difference in altitude of about 1,800 m, before it reaches the end point with the Zugspitzplatt at 2,588 m.

On December 21, 2017, the new cable car Zugspitze was opened. The old Eibsee cable car is therefore history and is replaced by the new cable car on almost identical route. Modern and with superlatives comes the new Zugspitzseilbahn. A glazed cabin can accommodate 120 people. The difference in altitude between the valley station and mountain station on the Zugspitze is 1945 meters. Spectacular 127 meters high is the highest cable car support in the world at the time of opening. The rope from the pillar to the top station is 3,213 meters wide. With the new cable car, 580 people can reach the summit per hour. New Zugspitze cable car, the Gletscherbahn and the rack railway can be combined to form a round trip. 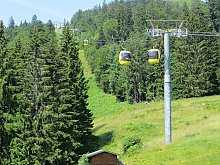 In Pfronten the Breitenbergbahn leads to the summit of the eponymous mountain. The Hündlebahn is a 1963 built double chairlift in the municipality Oberstaufen in the Allgäu. Also a double chairlift is the Mittagbahn, which leads in two sections to the summit of the eponymous mountain at Immenstadt. Not far from Oberstdorf is the valley station of the Söllereckbahn. The Kleinkabinenbahn overcomes a height difference of 354 m and has 68 cabins, which can accommodate a maximum of six people.

All holiday homes in Germany

Rent a holiday house or apartment in Germany

– on the coasts or in the mountains
– in the low mountain ranges, at lakes and rivers
– for the summer vacation or the winter vacation

Discover the large selection of apartments and holiday homes in the beautiful holiday regions of Germany.

Make your personal choice and enjoy a holiday home vacation in independence and with individual leisure activities.