It is in the nature of things that products are perfectly staged in advertising and side effects are faded out. The car industry is especially good at this. The newest models are presented in the most beautiful landscapes and in the best weather (sometimes however also with bad conditions, if the car is to represent the saving shelter). The reality – traffic jams, dreary highways, parked-up streets – is logically faded out.

In addition to the visuals, the slogans should be as concise and self-confident as possible. Sometimes I just wonder what the text should have to do with the car now. For example, BMW and the new X3: "boundlessly innovative". 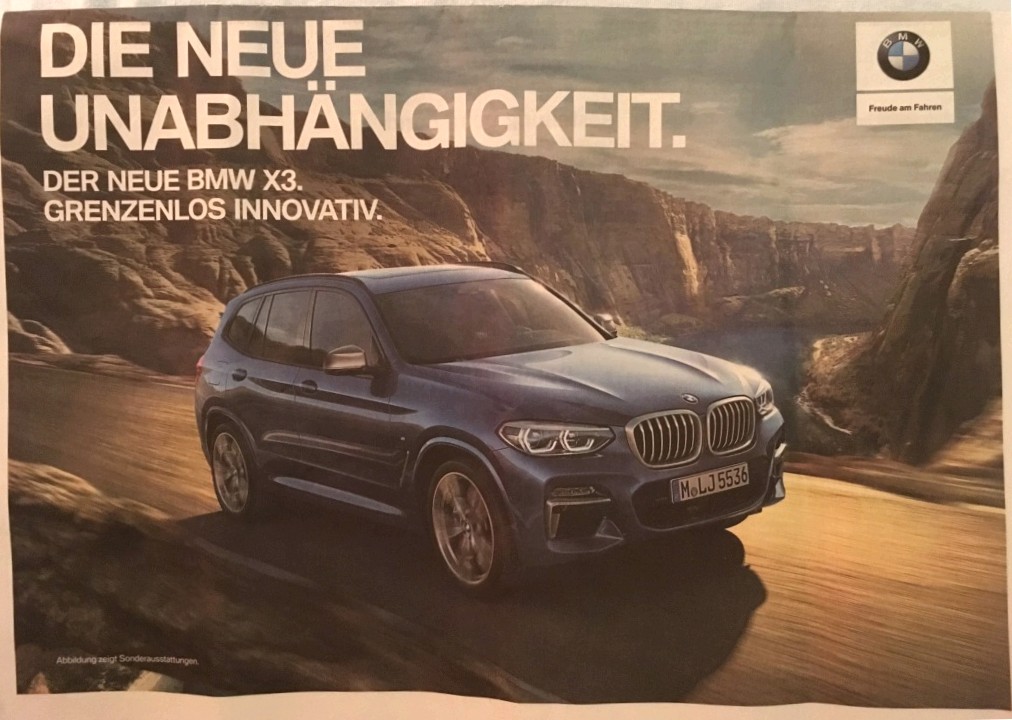 The letter X is BMW’s code for too big, too wide, too space-consuming. Which in relation to the situation in German cities seems already little innovative. If you then take a quick look at the engines the new X3 comes with – two diesels, one gasoline engine – I seriously wonder what is really innovative about this car in terms of its actual function. It’s not the size, it’s not the drivetrain. Maybe it’s just the saying? BMW will probably have written this in an advertisement for the first time.

More borderline it becomes there already with audi. Here it is the letter Q, which stands for the "obese" model series. And the SUVs from Ingolstadt were advertised with the slogan "where there’s a Q, there’s a way". This is probably meant to convey strength and uncompromisingness. Unfortunately, many drivers of these big-city tanks take the advertising slogan all too seriously and park on sidewalks and bike paths. Where there is a Q, there is a bike lane (parked).. 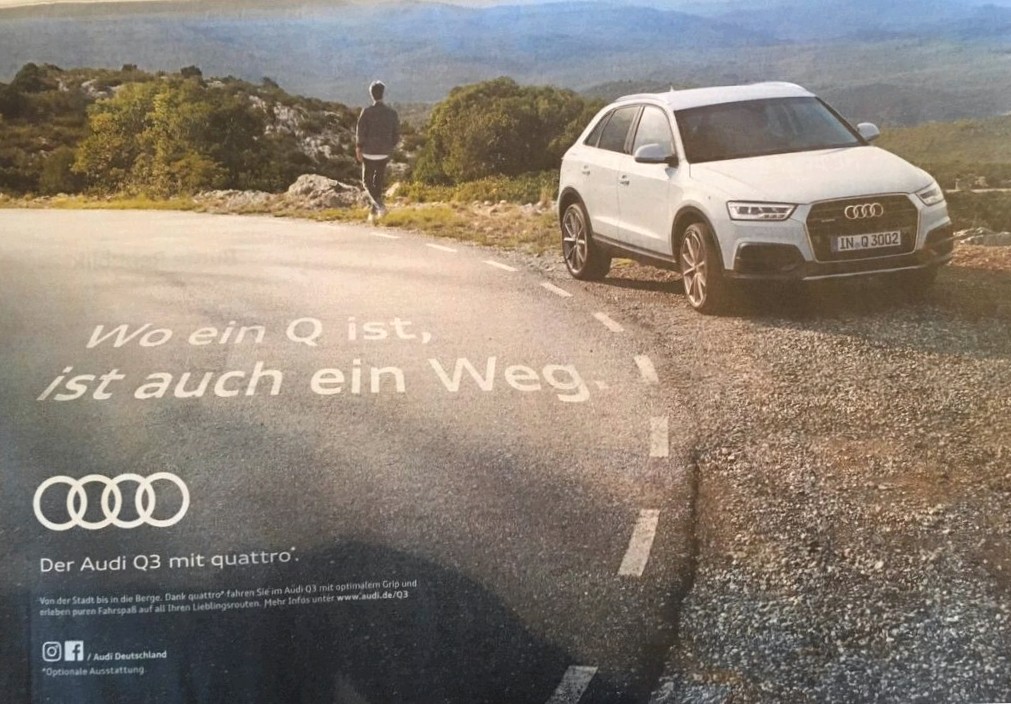 For almost dangerous, however, I think the advertising of porsche, which I recently discovered. For once, we’re not presenting an SUV, but the new panamera, which is even available in a hybrid version. Why dangerous? Because of the top speed at which this "sport turismo" can cruise along the highway (310 km/h)? That’s why, yes. But i’m all about the advertising slogan: "performance sports. Experienced live most intensely."

Still going? A production car for the road is advertised with the word performance sport? in times when illegal car races in city centers claim lives and the penalties for these races have just been tightened by the legislator? I don’t even want to know how these subliminal messages affect the already raving clientele. But if you buy performance sports, you also want to do performance sports. Just please not on public roads! Here the porsche driver will soon be speeding through the city at 100 km/h and instead of a sense of injustice, he will have a feeling of sportiness?!

The majority of car advertising simply glosses over the respective product. Whether the customer falls for it, or. To be influenced, he must know himself – if he can still do that because of all the emotions, which are (supposed to be) aroused.

but the trend is towards the big, powerful car. And the advertising puts the driver in the same corner: strong, dominant and always in control of the situation. The man at the wheel is the winner, darwin says hello. To a certain extent, that’s more sad than worrying when you define yourself as a human being only by your car. But what porsche is doing is clearly going too far for me. To call driving a high-performance car a competitive sport is to trivialize it. And an analysis of British accident data shows that a disproportionately high number of pedestrians are killed by vehicles with larger engines.

(as an update, here’s a scarily accurate porsche example from osnabruck: "driven to osnabruck like a wild sow")

competitive sports have now become extreme sports. Where will it end?

More "extreme sports" from @porsche on public roads. You can think about it, if at the next illegal car race again uninvolved people die… pic.Twitter.Com/mdcfnr6dvw

What kind of thrill is audi talking about here?? Speeding through town at 150 and through red lights? Unfortunately it happens again and again. Or just the question of whether the battery in this overpowered vehicle is enough for the distance to the bakery? 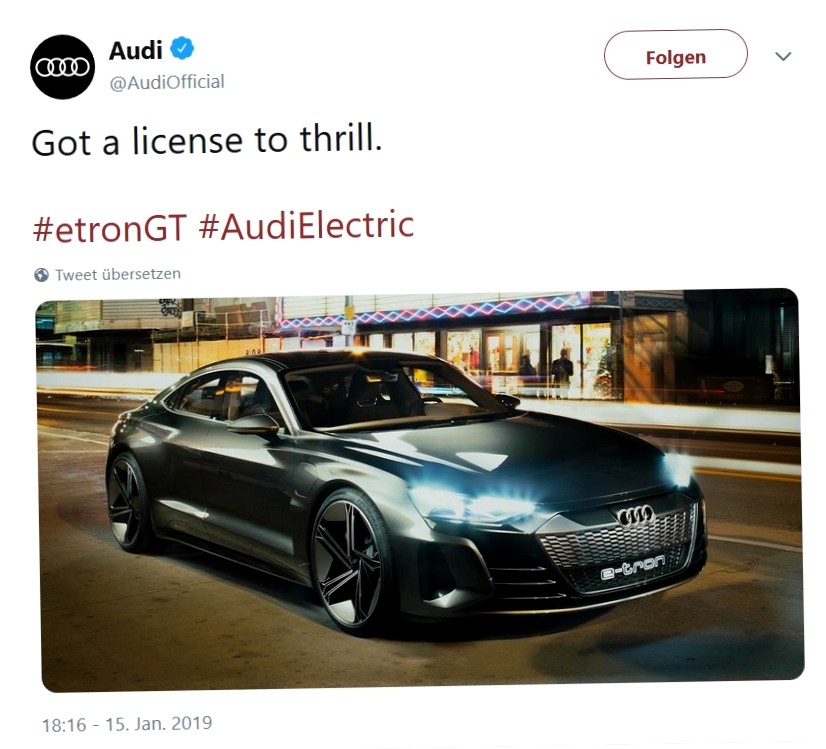 And honda is also launching a "race car for the road" that is supposed to provide "a huge adrenaline rush". We can only hope that as few customers as possible will take this to heart..