Sabine Hinze and Ottmar Hummel in conversation with Vladimir Balzer 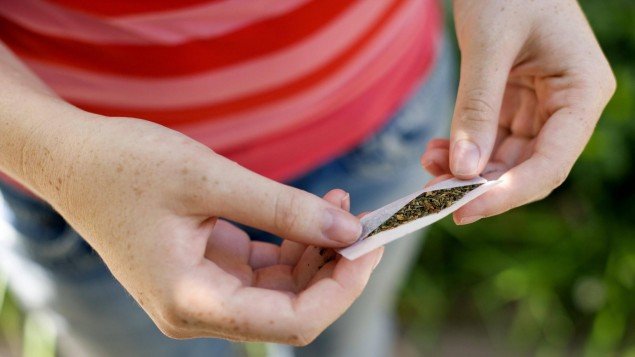 Drug use in children and adolescents increases: Everyone tenth student in Germany has experience with cannabis. In some schoolyards, the party drug ecstasy is sold at pocket money prices. What can we do? Discuss with.

"There is no school without drugs in Berlin. And the bad thing is that it starts in elementary school – with the eleven to twelve year olds", says Sabine Hinze, chairwoman of the parents’ group Berlin-Brandenburg. The association advises parents and relatives of drug-dependent children and adolescents. Sabine Hinze knows the ups and downs that families go through: her daughter started smoking pot at the age of twelve and slipped into a violent addiction, including descent to school, forced admission, several years in hospital. Today her daughter is grown up, has two small children herself – and is clean.

"The sooner they take action, the better"

The first task in advising you: "More and more parents are coming, whose children are 14, 15, 16 years old. And her fear is that her child is addicted to drugs. We try to take the fear away from them. As long as the parents can talk to the child and everything is going well at school, it is still relaxed." She develops strategies with the parents: "The sooner they take action, the better."

Your advice: "What you say must be consistent. You have to make their lives as difficult as possible." For example: Do not open the door when they are in front of it, but call the police. No more washing clothes for children – unimaginable for some mothers. Ultimately, it’s just advice: "The path that parents take, do you have to decide for yourself."

In the beginning there is fun

"Most teenagers start taking drugs because it’s fun. You have no motivation to end it at all", says Dr. Ottmar Hummel, senior consultant in child and adolescent psychiatry at DRK Kliniken Berlin Westend. It treats children and adolescents who are brought in with acute symptoms of intoxication or who are permanently drug-dependent.
His experience: "Drugs are not just about detoxification, but afterwards living a life without drugs. Detoxification only makes sense if you work on it long-term." This will only work if the environment of the young people is also included.

Drug use as a yardstick for society

His warning: If you start taking drugs early, you risk not getting your life under control. "Drug use and lack of education are a disaster in perspective. And drugs significantly increase the incidence of mental illness: Most adolescents who have schizophrenia at 13 or 14 have used cannabis. The party drugs in particular cause psychoses to suicide in withdrawal."

The search expert also sees society as duty: "Drug use is an important phenomenon in society; and we have to ask ourselves what we want to convey to children and young people as values? Why we think addicts are so great as a society."