We are delighted to find that BeSafe products are often the winners of tests. However, the results of consumer tests are not our top priority; we ourselves need to know that we make the safest child car seats. For us, the top priority is security. Our child car seats are exposed to extreme test conditions, because only in this way can we guarantee the highest level of safety for your children. We are particularly proud that our seats perform very well, especially in tests that focus on safety >

BeSafe child seats are tested regularly by the ADAC

Every year, the ADAC conducts car seat tests together with the Stiftung Warentests and other international consumer protection organizations. The focus of these tests is half on safety, the rest is divided on operation, ergonomics, usage properties and pollutant values.

What does a car seat test by ADAC and international consumer organizations such as Stiftung Warentest consist of??

For years, the ADAC has been subject to significantly higher requirements in the crash test than is the case with the ECE R44 / 04 approval standard that is still valid. The criteria are constantly revised and modernized. For example, a new body, that of the Volkswagen Golf VII, was used for the first time in 2015. A new and further developed type of dummies is also used: the Q series, which is also used in the UN R129 approval standard. During the crash test with the dummy, which corresponds to a 3-year-old child in terms of size and weight, additional sensors were attached in the abdominal area in order to measure the high stress values ​​there, such as those experienced by impact protection systems on the child. The side impact tests that have been taking place for years and are not part of the ECE R44 / 04 approval test, for example, were adapted in 2015 by the ADAC based on the requirements of UN R129 (i-Size).

The overall grade of the ADAC test consists of several parts. The point of safety, which is determined by the crash test, accounts for 50% of the overall grade. Other important points for the ADAC are operation / user-friendliness, ergonomics and the pollutant content.

For these tests, the child seats are installed in a variety of current vehicles on different seats. Both experts and parents rate it. In this part of the test, dummies are not used exclusively, but real children are also included.

The answers to the following questions flow into the result of these categories:

Furthermore, laboratory tests are carried out to determine whether and to what extent there are harmful substances in the child seats. This part of the exam only has an impact on the Overall result if there is a particularly high pollutant content. 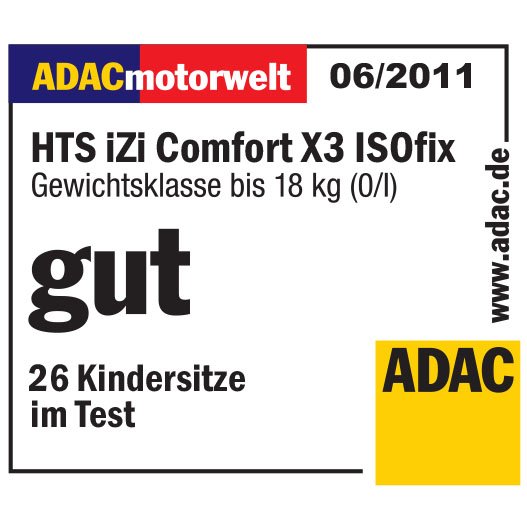 The ADAC regularly carries out tests on child car seats on behalf of the Stiftung Warentest, whose requirements are approximately 50% higher than those of the ECE R44 / 04 regulation. The weighting of these tests is 50% on results of collisions and another 50% on user-friendliness, comfort, operating instructions and installation method. The lower the overall result, the better the test grade. Frontal and side impact are included in these tests. This is particularly important because side collisions are the second most common cause of serious injury after a frontal collision.

Stiftung Warentest is a German consumer organization that tests goods and services from various providers in tests in cooperation with the ADAC and evaluates the test results in a test quality assessment ("very good" to "poor"). Child car seats are evaluated in these tests as part of a frontal collision at 64 km / h and in a side impact, while according to ECE R44 / 04 only frontal collisions and rear impact are tested.

In 2009, VTI (the Swedish National Transport Research Institute) and NTF (the Swedish Association for safety in road traffic) jointly introduced the Plus Test. This test is a prerequisite for child car seats in order to receive the recommendation for use in Sweden. The Plus Test places such stringent test requirements that no forward-facing child car seat could ever meet them. The basic idea of ​​the Plus Test is that no child in a car seat recommended by the Plus Test ever suffers a dangerous, even life-threatening injury due to a collision. 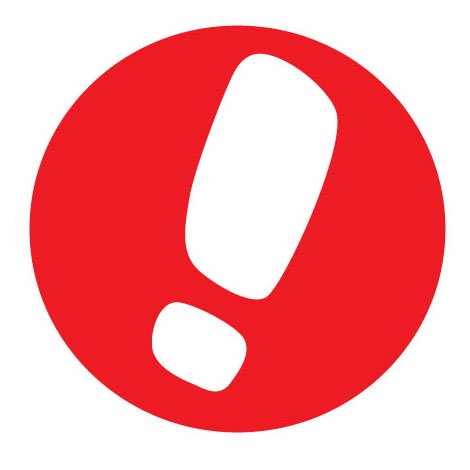 The European consumer organizations are members of the umbrella organization ICRT and publish their own test reports. These test reports are based on tests by Stiftung Warentest and ADAC and are only presented in a different layout. A good example of this are the test reports from ”WHICH” from Great Britain.

What is the plus test?

Parents have to consider many things when choosing a child seat: Is it suitable and approved for my child? How long can my child sit in it? How easy or complicated is the installation in the car and how often do I have to convert to other cars? These are some topics that parents will consider before buying. A very important point, namely the most important of all, is the topic of security!

All child car seats in Europe must be approved according to the guidelines of either the ECE R44 or the UN R129 standard.

The Plus Test is an additional test carried out by the Swedish state-owned traffic research institute VTI, which is voluntary for car seat manufacturers. A child seat that has passed the Plus Test meets the highest safety standards. The Plus Test is the most stringent child seat test in the world and is an important factor for the extremely safety-conscious Scandinavian parents when deciding to buy a child seat after the baby seat. The Plus Test logo is attached to every child seat that has passed the Plus Test, especially in Sweden, In a country that has taken on a pioneering role in traffic safety, it is believed that the requirements for the approval of child car seats are too low. In no other test than the Plus Test are neck load values ​​measured. The Plus Test focuses on measuring the stress values ​​in the child’s neck and neck – an area that is not yet very pronounced in small children and is therefore particularly sensitive to serious or fatal injuries.

The maximum values ​​that may affect the neck of the child in the Plus Test are very low and safely set for children’s life. Because of these low maximum values, it is not possible for a single forward-facing child seat to pass the Plus test. With these, the neck strain values ​​are, without exception, above the limit that international doctors have set and above which a broken neck of the child is preprogrammed. The basic idea of ​​the Plus Test is that no child in a child seat tested by the Plus Test has to suffer a serious or fatal injury – this is why this test can only pass rear-facing child seats. Even a child seat that can be used forwards and backwards cannot pass the Plus Test because it would test the load values ​​for both installation options. For this reason, for example, our iZi Combi X3 (with and without ISOfix) cannot pass the Plus Test, but with the exception of the forward function identical iZi Kid X3 (with and without ISOfix) has received the Plus Test seal.