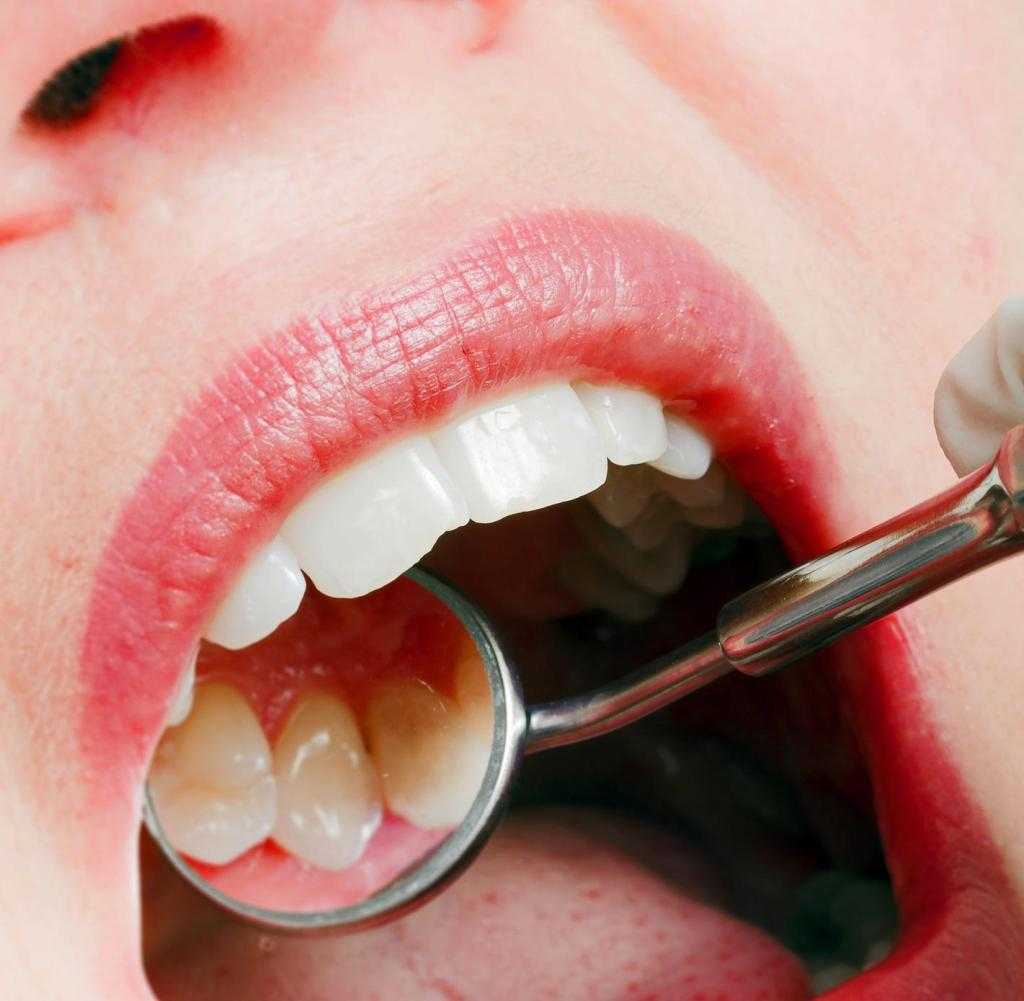 K aries is painful, unpleasant and almost everyone has sat in the dentist’s chair sweating and tormented. According to the German Oral Health Study, a 40-year-old German has an average of 14 teeth affected by caries. The good news for dental phobics is that the trend is away from drilling.

This is because the pathogenic bacteria that cause tooth decay cannot be completely removed by drilling out the affected area anyway. Studies show that a biofilm with pathogens remains even after dental treatment.

And another reason speaks against the use of a drill: Especially with deep tooth decay, there is a risk that the so-called tooth pulp will be exposed or even injured. The pulp is the innermost part of the tooth through which blood vessels and nerve cords run.

The dentist therefore only removes caries superficially by careful drilling or scraping, then fills the small hole with a malleable filling composite. The residual caries, which the doctor deliberately left behind, disappears under the material.

The bacteria that are buried by it are now cut off from their nutrient supply – the carbohydrates from our food. They die and cannot multiply any further.

With the so-called Hall technique, the dentist does not take the drill into his hand at all, but instead simply puts an adapted steel crown over the tooth affected by caries. It also insulates the bacteria so that they cannot cause any further damage. Because the steel caps do not look nice, the procedure has so far been used mainly for children’s decayed milk teeth.

German dentists have so far been cautious about selective caries removal – it is often considered a botch-up to leave visible caries on the tooth. In other countries such as Norway, the procedure is already much more common than in Germany or France, but ten to twenty percent of dentists in Germany already treat according to the new findings.

The so-called caries infiltration is another technique without drilling, which is offered by ten to fifteen percent of dentists in their practices. However, it has so far only been used for caries in the early stages. The method uses the fact that a tooth affected by caries bacteria gradually becomes porous, similar to a piece of sugar cube.

Caries bacteria are starved to death

During the treatment, which was developed by researchers from the Charité in Berlin and the University of Kiel, the dentist first removes the top mineral layer of the diseased tooth with a hydrochloric acid gel in order to prepare it for the operation and to get good access to the porous caries tissue. He then applies a special plastic that soaks the tooth up like a piece of sugar cube dipped in coffee.

After curing with UV light, the tooth is completely sealed and the caries bacteria cannot multiply any further. As the plastic has to be very liquid to penetrate into the small structures of the tooth, it is not as strong as the rest of the tooth after drying.

The good news is: Fewer and fewer children have tooth decay. Nevertheless, almost every sixth child of pre-school age has lazy teeth. Especially children from socially disadvantaged families are affected.

Therefore, the technique is not suitable for caries that has already eaten deep into the tooth, because then too large a part of the tooth is too soft. The scientists are working on combining infiltration with a hard composite filling in order to be able to repair severely damaged areas in the future in a gentle way.

At the moment, however, the plastic is mainly used for hard-to-reach areas in the interdental spaces and an inconspicuous repair of front teeth, which can be seen when smiling. Between 80 and 120 euros are needed to treat a caries-infected interdental space. The health insurance companies do not cover the treatment so far.

Tooth substance regenerates itself with the help of mineral supply

A method developed by scientists at King’s College in London also works without drilling. With the help of small electrical impulses, the dentist transports calcium and phosphates to the tooth affected by caries. That doesn’t hurt, because the DC current is so low that the patient doesn’t feel it. The supply of minerals helps the damaged tooth substance to regenerate itself.

However, like plastic infiltration, the application is still only designed for caries in the early stages. Once the mineral layer has been restored, it makes the tooth less sensitive to acids in the long term and thus more resistant to the caries bacteria that occur in this acidic environment.

The current treatment stimulates the tooth to protect itself. The technology has not yet made its way into dental practices in Germany because clinical studies are still underway.

Doctors pull out 80 teeth on a seven-year-old boy.

A seven-year-old boy suffered from Odontoma, a rare tumor that caused more than a hundred teeth to grow in his mouth. The doctors pulled 80 teeth from the little boy in Mumbai, India.

In order to be able to carry out such gentle procedures at all, it is important for the dentist to be able to recognize exactly where caries is on the tooth. Previously, he had to rely on his naked eye, keys or X-rays. A new fluorescence technique makes it possible to pinpoint the exact location of caries. The teeth are irradiated with violet light.

The caries bacteria then betray themselves through their metabolic products. They glow red under the light and show the doctor very precisely where to work. In contrast, the healthy tissue glows green. With the so-called FACE technology, the teeth do not have to be specially stained, which makes them simple and efficient.

However, experts fear that an exact view of the caries could lead to drilling more than is absolutely necessary. Just as it was usual for decades to put an end to the most famous caries pathogen, Streptococcus mutans.

Why vaccinations against tooth decay are doomed to failure

For a long time it was assumed that he was solely responsible for tooth decay. However, studies have shown that an entire mix of bacteria can lead to holes in the tooth. That is why scientists have so far failed to develop a vaccine against tooth decay. This would only work if it were sufficient to switch off a single pathogen. However, scientists have not yet been able to produce a vaccine that simultaneously immunises against all different caries pathogens.

Today’s prophylaxis research therefore looks at the entire composition of bacteria in the oral cavity and tries to make it as difficult as possible for caries pathogens to assert themselves. One idea is the use of probiotics, bacteria that have a positive effect on the biofilm in the mouth. They could be taken in the same way as an Actimel drink, but not to protect the stomach and intestines from diseases, but to protect the teeth.

So far, however, studies with probiotics against tooth decay have achieved very different results and the path to a wellness drink against holes in the teeth is still long. Scientists at the University of Michigan in the USA are experimenting with the amino acid L-arginine for dental health. In high concentrations, it is supposed to prevent plaque from forming on the teeth. Plaque is a dense combination of bacteria and nutrients that attacks the tooth.