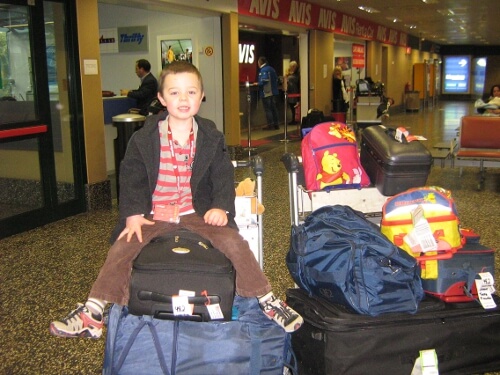 In principle, every family in Germany up to and including the child’s 18th year receives child benefit. The child benefit can even be extended to the age of 25 if the child is in training or studying. But what about child benefit if you emigrate? Is German child benefit also paid abroad or do the provisions of the new country of residence apply? And which countries are particularly generous in terms of child benefit? Here’s the answer.

If you and your child live in Germany, the child lives in your household and is regularly cared for by you, you are entitled to child benefit until the age of 18. If the child also goes to school, completes an apprenticeship or studies, it is even an extension up to the age of 25 possible. Since July 2019, parents have received € 204 a month from the state for the first and second child; the third (€ 210) and each additional child (€ 235) has even more. Source: § 6 Federal Child Benefits Act (BKKG)

But what happens when the family emigrates? Is child benefit paid even if you live abroad??

Parents with children are generally no longer entitled to German child benefit after moving abroad. Rather, the provisions of the respective target country then apply. Child benefit continues to be paid in very few exceptional cases. Parents can still get child benefit from Germany if you live abroad, however in Germany Unlimited income tax are.

Since for most emigrants the place of residence / habitual residence is no longer in Germany, the child benefit will disappear after the move.

There is a special provision for German foreign employees if they do not live in Germany, but the wages from one domestic or public cash register (Federal, state, local). Examples of this are civil servants who work in a state institution outside Germany (e.g. embassy staff, diplomats, NATO staff).

On application In addition, natural persons are treated as subject to unlimited tax liability if they are not domiciled or habitually resident in Germany, but have domestic income (within the meaning of Section 49 of the Income Tax Act). However, this only applies if the income in the calendar year increases at least 90 percent subject to German income tax. Examples of this are foreign pensioners with pension rights in Germany, development workers or missionaries.

The issue of child benefit for cross-border cases (so-called cross-border commuters) within the European Union, the European Economic Area (Iceland, Liechtenstein, Norway) and Switzerland is complicated. It affects people who live abroad and whose children go to school there, but work in Germany (and vice versa). In principle, there would then be a right to child benefit in several countries. In these cases, European law must be observed over national regulations and the principle of priority applies here: priority is then given to child benefit in the state in which employment / gainful employment is carried out. Only then is the state in which the child lives responsible. Source: Information sheet on child benefit for cross-border cases from the employment agency / as of December 2019

If you live and work in other European countries, the child benefit regulations of the respective country must be observed. The child benefit situation in Germany is not easy to compare with the international situation. In some cases there is a graduation according to the number of children similar to that in Germany. In other countries, the same amount is paid for every child. In some cases, child benefit also depends on the family situation (e.g. married parents or single parents?) And the parents’ annual income. The age limits also vary from country to country. However, child benefit is often paid up to the age of 16 to 19. In France, for example, child benefit is only available from the second child. In Spain, children with disabilities are receiving child benefit more and more. Generally speaking, it is in Luxembourg (265 euros per month), Germany (204 euros) and Switzerland that the most child benefit is paid. There is a very steep gradient across Europe, and Greece comes in last with just under 6 euros per child per month.

* The family allowance in Switzerland differs from canton to canton.

A very nice tabular comparison of the child benefit can also be found on Wikipedia.

The welfare state is far less developed in many countries outside Europe. Accordingly, there are often no child benefit. Popular emigration destinations such as Australia and Canada also receive government support for families with children, and tax relief for parents is available in New Zealand and the USA:

Who is writing here? My name is Rainer and I am the founder and author of the Emigration Guide. Since 2008 I have been writing blog posts on the topics of work, life and pension abroad. Here you will find information material on over 50 emigration destinations worldwide!