The state supports families with children primarily by paying child benefit. There are also tax allowances for children that play a role in income tax assessment. 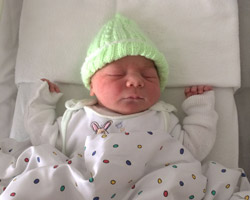 child benefit
Child benefit is paid from the month of birth and must be requested from the responsible family fund. For the first and second child in 2016 there are 190 euros each, for the third child it is 196 euros and from the fourth child the family fund pays 221 euros. From January 2017, all amounts will increase by two euros each. The family coffers make the increase automatically.

Example: Spouses have their first child together. The father already has two other children from a previous relationship, but they live in the mother’s household.

The couple should designate the father as a child benefit beneficiary. Although he does not receive child benefit for the two children from the previous relationship, they count for him as counting children. For him, the child is the third child and there is six euros more child benefit.

In 2016, the allowances for both parents total 7,248 euros. From 2017, the allowance for the actual subsistence minimum will be increased by 108 euros, so that the total amount will then rise to 7,356 euros.

Especially parents with higher income benefit from the cheaper test.

Tip: Submit an "attachment child" for each child with the income tax return. Only then can the tax office carry out the cheaper check and take the children into account when calculating the additional taxes.