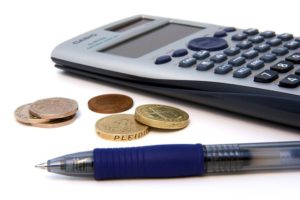 Requirements for receiving child benefit for a second degree

If the child has already completed a course of study or training and then starts another course of study, it is a second course. This would be the case, for example, if a medical student after this Abitur first trained as a nurse and only then began studying medicine. The distinction between first degree or first degree and second degree is important for the right to child benefit, since stricter requirements apply to child benefit entitlement for the second degree. The parents’ entitlement to child benefit during a second course of study expires if the child works more than 20 hours a week during this period. It does not matter whether the job is self-employed or not.

There are also exceptions to this rule. The child benefit for a second degree will continue to be paid regardless of the number of hours worked per week if the student is in marginal employment. Likewise, all activities within the framework of an apprenticeship relationship are harmless for the child benefit entitlement for a second degree. Under this rule, for example, the legal traineeship falls on a teaching post.

Another exception is special for students, who want to use the lecture-free time during their semester break to earn some extra money. Child benefit entitlement can continue in the second degree if the student works more than 20 hours a week for a temporary period of up to two months. However, the prerequisite is that the student has worked an average of no more than 20 hours per week throughout the year.

Child benefit for the master’s degree

In the course of the Bologna process, the diploma courses were replaced by the bachelor and master courses a few years ago. For the child benefit, the question now is whether that Master’s degree following a bachelor’s degree, it can still be classified as part of the first degree or as a new second degree. For a long time, the financial administration assumed that a master’s degree should generally be regarded as a new degree and thus as a second degree after completing a bachelor’s degree. This would result in the parents of students who work more than 20 hours a week during a master’s program no longer receiving child benefit from the family benefits.

For example, the Federal Fiscal Court (judgment of September 3, 2015, Az.VI R 9/15, published on November 18, 2015) recently decided that a student who, after completing his bachelor’s degree in business mathematics, was still studying for a master’s degree in this course was still in a first degree. As a result, the student’s mother was still entitled to child benefit while her child was studying for a master’s degree, even though his student’s weekly hours had exceeded 20 hours.