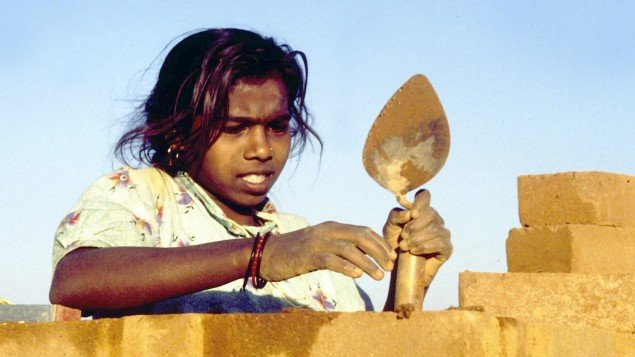 In Bolivia, children from the age of 10 can legally work in the future. The new regulation is a success for organized child laborers, says Anja Dargatz, head of the Friedrich Ebert Foundation’s office in Bolivia.

I greet Anja Dargatz. She heads the office of the Friedrich Ebert Foundation in Bolivia. Good Morning!

pieces: Ms. Dargatz, that was a surprising decision for you?

Dargatz: It came as a surprise to me. That the discussion about the revision of the child protection law was in progress. It was a long process, it was a result of the new constitution in 2009. After that, all laws were rewritten, adapted to the new constitution, just like the child protection law. And in December of last year, that was so far, determined by the first chamber, that it should be passed in the old version, go to the second chamber. And there stood the 14 years, so what is the international limit for child labor, it was still there.

And then the children’s union protested, really went to La Paz, blocked the seat of government. There were also riots. And since then, this legal process has stood still. And that an agreement, apparently a compromise, has now been found, because the children’s union demands no age limit at all to be allowed to work. But apparently a compromise was found that was acceptable to everyone. I was very surprised that this was now possible, because the children’s demands are very radical and the Ministry of Labor has actually always resisted them.

pieces: Ms. Dargatz, you have said a lot of things that are surprising at first glance, namely: you mentioned child protection, you mentioned the child unions, so this astonishing thing that children asked for is exactly what they are doing to be allowed to, even earlier. It’s a remarkable thing, children who organize themselves in unions and fight for a right to work. So: The situation of the children is now better through this law in Bolivia?

"Union of Working Children has achieved something"

Dargatz: Basically, I’m generally skeptical that the situation is going through laws gets better, but that’s a fundamental problem, the implementation, the implementation is the important thing. But the law remains the first step. In fact, there is a children’s union, and it has been around for a long time, it is over thirty years old, it has 15,000 members, the UNATSBO, the union of working children in Bolivia, and the remarkable thing for me is that they have achieved something.

They protested, and then the president even sat down with them – it may have been a propaganda event, but he did it. And it is important that the Senate, the second chamber, has now decided to at least meet their demands, and I see that as progress. You have to see if this actually improves the situation, but that’s the normal step. First of all you need a legal regulation, a legal handling, then you can implement that.

pieces: That the situation of the children in Bolivia is not so good is clear, otherwise we would not talk about it. But how bad is it, Ms. Dargatz?

And you shouldn’t lie in your pocket, working for children is not good. That is not – there are studies, working children, state of health, level of education of working children and non-working children that should not be promoted. But that’s not the point, it is about recognizing the children now working illegally and getting them out of illegality.

pieces: Nevertheless, the question is of course whether other countries like Germany, other countries should react to it and put Bolivia somewhere under some pressure. Because it cannot be that they say, well, well, legally it is better regulated now for the children, that is a step forward, but we close our eyes and watch how children have to continue to work there?

Dargatz: The honest reaction, I think, from people – i.e. from wealthy countries, from countries that offer development aid that offer cooperation – would be to go into this process, and precisely the major weakness that I see – because the children from ten or twelve , ie from ten independently and from twelve in an employed manner, may only work with a permit and, according to the case law, should actually be accompanied now.

For example, the local child protection officer should go to the families, see how the child works and should accompany the child in his work process, so to speak. I find a very innovative idea. I have my doubts that this will be done in Bolivia given the generally weak institutions.

And here, for example, a development aid, a program could very nicely get started and help and show that we don’t like it that children work, but we take the reality as it is and bring the children, as they say, from where they are – with the aim, however, that they also enjoy school education and that future generations of children may no longer have to work.

pieces: So, as grotesque as it sounds, a compatibility of school and work, you said it so that in the future no children will have to work. That was also one of the paradoxical explanations: We have to allow child labor so that at some point we will no longer need it. What is because your forecast? Will this happen? At some point you no longer need them in Bolivia?

Dargatz: In the long term – you should never stop dreaming – in the long term this may be possible. I don’t see that in the next 40, 50 years because children are part of the economy. And it has to be about giving them decent work, about getting rid of the worst forms of exploitation. And hopefully that will gradually dissolve child labor itself, even with the generally growing level of development. But to demand that at the moment is absolutely unrealistic and damaging to the economy.

pieces: Child labor in Bolivia. That was Anja Dargatz. She works for the Friedrich Ebert Foundation in Bolivia. Ms. Dargatz, thank you, and have a nice day!

Dargatz: Thank you, thank you very much!