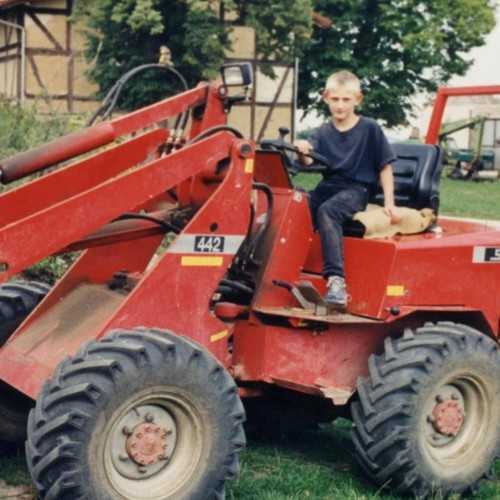 Also in Germany many children work or would like to earn money with a job and make new experiences. But children’s work is hardly perceived or only perceived as a social problem and underestimated in its many forms and meanings. There is a lack of studies that pay attention to the views, experiences and wishes of children.

Children work in our society in many places and times: paid, but often unpaid; forbidden or allowed in special cases; because they are expected to do so or on their own initiative and direction. Sometimes their work is visible, but mostly invisible and unnoticed. In addition to school, they make a great contribution to themselves, to others, to the family and to society. And not only that: they want to work, take their work very seriously and like to work if the conditions are “right”.

However, the work of children is hardly noticed in Germany (as in Europe at all). It is regarded as largely abolished. When it is addressed, it is usually as a deviation, exploitation or as an indication of advancing poverty. Studies carried out in some federal states in the last 15 years on behalf of ministries support this. The intention of these studies was usually to determine the legal status or “causes and effects of child labour”. The focus was on the extent to which children’s work violates existing laws or the extent to which children suffer harm as a result of work. In this way, attempts were made to record the extent of prohibited child labour and to curb it through appropriate measures. As a rule, these studies were based on an understanding of child labour that perceives it exclusively as a legal, social or economic problem, but not as an open field characterised by very different forms and conditions, which brings with it diverse experiences for the children.

“Child labor” is a problematic term.

An often underestimated problem lies in the terms used. Terms are indispensable both in everyday communication and in scientific research, because they help us to order and understand social reality. But since they are abstractions, there is always a tension between the assumed social reality and what we express with our concepts. This is particularly evident in the concept of child labour. As a rule, it triggers negative associations and thus already shapes the perception of the social reality that we want to describe and understand with this term. We cannot eradicate this problem, but if we are aware of it, we can strive for terms that are as open as possible, less restrictive and charged with valuations, and deal with the existing terms (self-) more critically.

In sociology, work is regarded as a key category through which status and social position, i.e. power and positions of power, are distributed in today’s societies. This is especially true for paid work. Private everyday work, i.e. housework, upbringing and care work as unpaid, nevertheless indispensable social work, is valued much less and refers the performers to a social status that cannot be clearly determined – which instead is usually determined by the gainful employment of the (main) earner in the family. This also applies to any other work that is not performed under paid “normal employment relationships” (e.g. honorary posts).

Just as for women, a field of work for children that has received little attention so far is domestic work. While feminist gender studies has now taken up this topic extensively under the heading of gender-differentiated division of labour, research has so far not addressed the generational division of labour to any great extent. The work that children do in the family is often seen as work neither by adults nor by children. But other, remunerated activities are also often not recognised as work if they are performed by children, because they generally do not make a vital contribution to the family income.

Many children also work in Germany

The results of the above-mentioned studies show that “child labour” not only exists in Germany, but can even be described as a mass phenomenon. For example, up to 50% of 12-16 year olds stated that they had already worked while they were still at school. They delivered newspapers, looked after children or animals, mowed lawns or went shopping for acquaintances. These and other activities are usually not called work and are therefore accepted by society. Nevertheless in Germany a strict youth work protection law (JArbSchG) applies, which forbids children and young people under 15 years – apart from completely few exceptions – to pursue a work.

In addition to the number of children who are already working, the results of the above studies showed that there is a high interest among children and young people to take up a job. In a survey in Thuringia, for example, 90% of 14-15 year-olds said they would like to work.

It should therefore be noted that children and young people also work or want to work in Germany. It is fun for them to take on responsibility or to get recognition for their actions, which do not always have to be monetary. It is not seen in competition with school, but as an additional opportunity to gain new experiences and to expand one’s own scope of action. For children in Germany, work is therefore a possible and then also an important part of their lives, but unlike children in the South, they do not identify with it. Organisations or movements in which children unite to fight for the social recognition of their work do not yet exist in Germany or in other European countries.