Around 250,000 girls and boys are forced to fight worldwide. They are abused, they kill and they die. On the part of rebels, but also in many government armies. A sad overview. 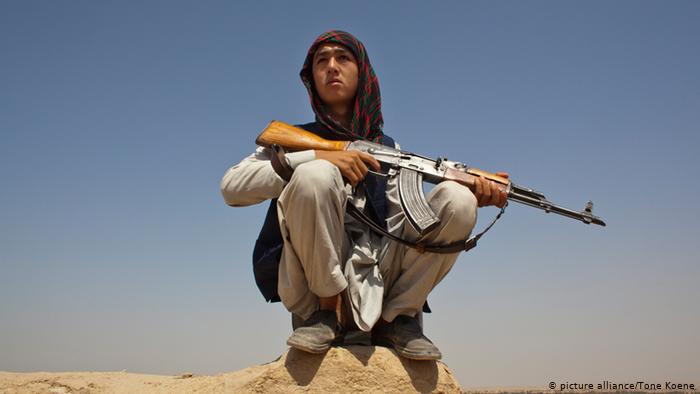 Wasil Ahmad died from two shots in the head. Taliban fighters attacked the twelve-year-old boy on his way to school in early February. A planned murder of a child. There is also a disturbing detail: Wasil Ahmad was a celebrated war hero in the fight against the Taliban and had also posed in police uniform. Because it is not only the Taliban and other radical groups that are handing weapons to children in Afghanistan. The Afghan police also had children in their ranks. The government in Kabul has shown the will to stop this, says child rights activist Ralf Willinger from the aid organization "Terre des Hommes". "But this is not implemented in practice."

Not only the so-called Islamic State, but also the Free Syrian Army and government militias such as Hezbollah use child soldiers in Syria, according to the United Nations (UN). The recruitment of child soldiers in Syria is now "commonplace" the UN stated in its last report on the subject. "The Kurdish groups also use minors", says child rights activist Ralf Willinger. "Children from all parties are deployed in most areas of conflict. Some do it openly, others make it more hidden and use children as spies or medical assistants. But of course that’s just as dangerous." 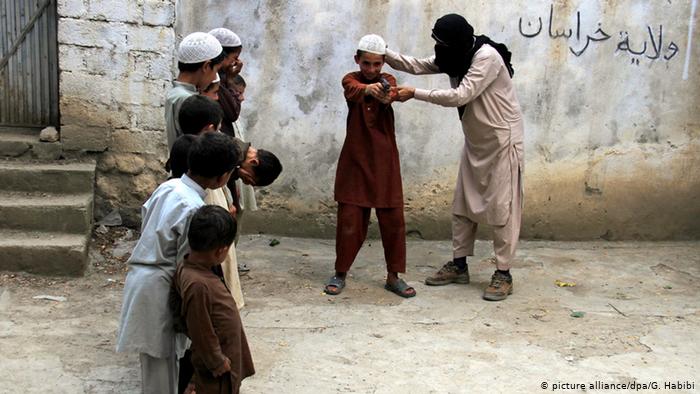 Deadly serious: an IS fighter shows children how to use a pistol

The situation for children in Iraq is particularly dramatic because the war has been going on since 2003. "The longer a conflict goes on, the more difficult it is to escape armed groups as a boy of a certain age and sometimes as a girl", says Ralf Willinger. The only way then is to leave the country. Recently, the number of child soldiers has increased significantly because the so-called Islamic State is massively recruiting children.

4. Yemen – The neighbor is involved

About a third of the fighters in Yemen are said to be children. German G3 rifles could also be fired there by children. Because the war party Saudi Arabia had dropped the assault rifles there in boxes, Willinger says – although the existing armament contracts contradict them. "It is incomprehensible that one does not take the consequences and continues to supply arms from Germany to a country that breaks treaties and massively violates human rights."

The Somali army continues to recruit children. An army supported by the West in the fight against rebels. "We lack any understanding that you can overlook it and sometimes organize maneuvers with those responsible", said Willinger. On the side of Islamist rebels such as the Al-Shabaab militia, which they named after themselves "the youth" represents, according to the UN report, around 1,000 children are fighting. 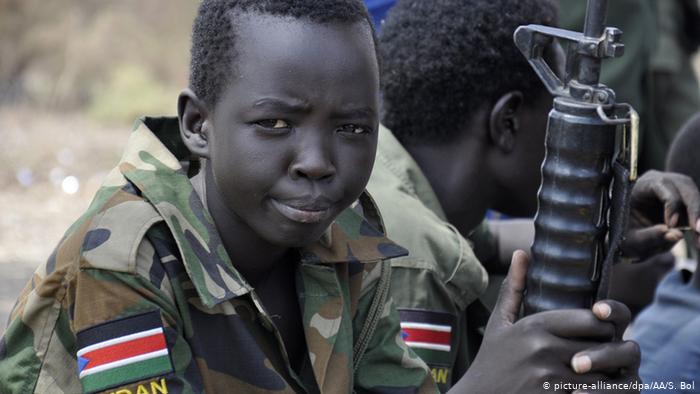 One of thousands: child soldier in South Sudan

"I had never held a gun before. On the day of our capture, they showed us how to use the weapon. And then we started to fight. Seven boys were killed on first use." A 17-year-old former child soldier told representatives of the aid organization Human Rights Watch. At least 16,000 adolescents are said to have been forcibly recruited by the warring parties there within two years.

7. Sudan – words but no action

Individual rebel groups have repeatedly signed agreements that outlaw the use of child soldiers. But still need children fighting, especially in the western region of Darfur, from which more and more battles have recently been reported. According to the UN, child soldiers are also deployed by the government.

The ongoing violence in South Sudan particularly affects the children. Hundreds of thousands are on the run. (11.27.2015)

What is the hunt for Joseph Kony?

The search for one of the most brutal rebel leaders in Africa has been going on for ten years. To this day, there is no trace of Joseph Kony. His deputy Dominic Ongwen now has to answer before the World Court in The Hague. (01.21.2016)

Ex-child soldiers are looking for a future

Ex-rebel chief Bosco Ntaganda faces the world criminal court for war crimes. He is said to have recruited child soldiers in the Congo. After their time in the militia, young people find it difficult to get back into life. (02.09.2015)

8. Central African Republic – soldier out of fear of death

Children were often simply kidnapped and forced to live as fighters. "Of course, it also works with temptations and promises, with money, with cell phones." If the children let themselves be drawn into it and go with them, they will never be able to get away. "Because then they know the commanders, the locations. And in almost all groups, it is then forbidden to leave the troops on death penalty."

9. Democratic Republic of the Congo – Commander in custody

In its current report, the UN lists 10 different groups in the Democratic Republic of the Congo, which recruit children as soldiers. In the east of the country, dozens of rebel groups have been fighting for valuable raw materials for decades. After all, experts now see an improvement in the criminal prosecution of those responsible. "Awareness of the fact that recruiting children is a war crime has increased worldwide", says Willinger. The International Criminal Court in The Hague has already made judgments, for example against former militia leader Thomas Lubanga, who also commanded child soldiers. He has been in custody in the Congo since December 2015. 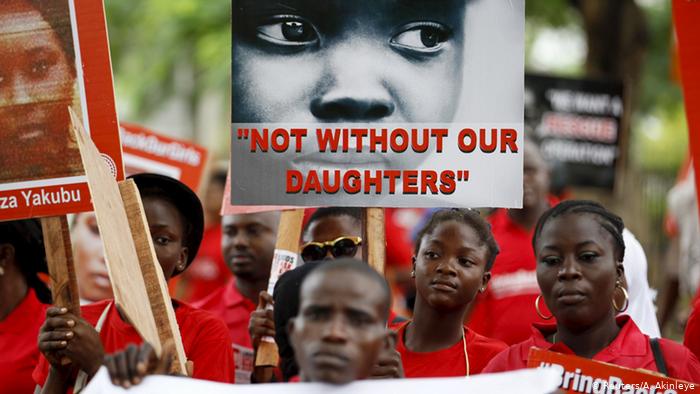 Still not back: Relatives demonstrate for the girls’ return from Chibok

At least since the kidnapping of the "Chibok girl" the responsible Islamist terror sect Boko Haram is also internationally known. For some years now, the UN has been accusing the militia of using children as sex slaves. Since 2014, Boko Haram has been supposed to recruit children as soldiers and use them as human shields. Again and again, the authorities have to determine after suicide bombings: it was children who blew themselves up.

In Mali in particular, Islamist rebel groups abuse children for their purposes. However, they have stopped advancing since the arrival of international troops in 2013, making the situation less dramatic than a few years ago.

No more child soldiers in their ranks – the largest Colombian guerrilla group FARC announced this week. The rebels want to accelerate the peace process with the government. Child rights activist Willinger welcomes this announcement in the more than 50-year conflict. "However, the FARC claims that it only has a handful of 15-year-olds in its ranks. That is definitely wrong." 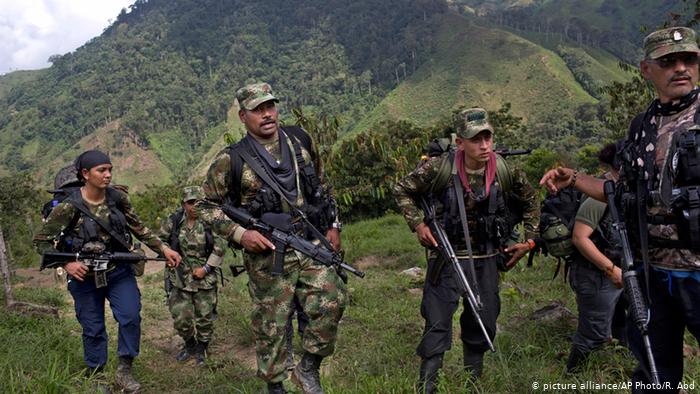 Only men with beards? The FARC wants to do without child soldiers

The UN gives the government a good testimony. They have taken positive steps to release child soldiers from their ranks and are implementing an appropriate action plan. "In fact, several hundred children have been released since June 2012", says Ralf Willinger from Terre des Hommes. "But at the same time several hundred were recruited, often through dubious channels and not on the official way. There is no will to prevent this." 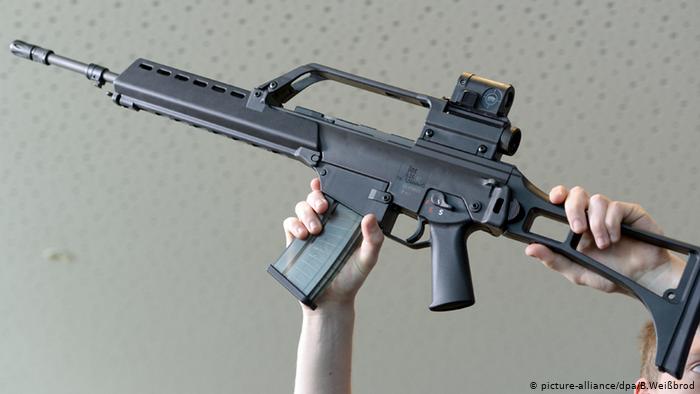 Light and handy: the German G36 can also be operated by minors

According to the UN, armed groups are likely to deploy children in many other conflict regions, such as in Libya or the Palestinian Territories. Even in western democracies, 17-year-olds shoot with sharp weapons and in uniform. So also in Germany as recruits in the training of the Bundeswehr, as the response of the Federal Ministry of Defense to a small request from the left faction in the Bundestag showed. Children’s rights activist Ralf Willinger: "It is important that Germany plays the role model that it claims for itself". For Germany, on the one hand, is working in Myanmar or Colombia to ensure that nobody under the age of 18 is in military service. "At the same time, the number of 17-year-olds in the Bundeswehr rose to 1,515 in 2015." However, the minors may not be deployed on guard duty or abroad where they would have to use the weapon.