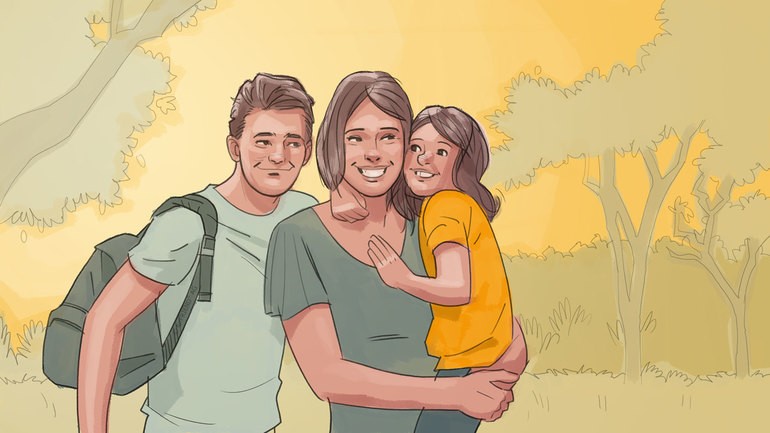 How is custody regulated in a separation and divorce??

The term "Care" says it already: parents worry about their children. It is not about "worrying", but about making decisions as a legal representative in matters of the minor child. That is in the intact relationship of the parents care Usually not a big issue, but it all too often becomes a problem when the parents separate and divorce.

The most important thing

Common custody in the best interests of the child 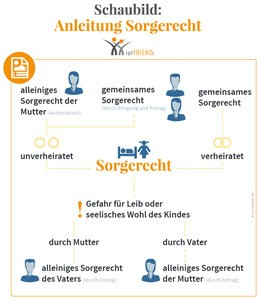 After separation and divorce, joint custody remains in the best interests of the child. 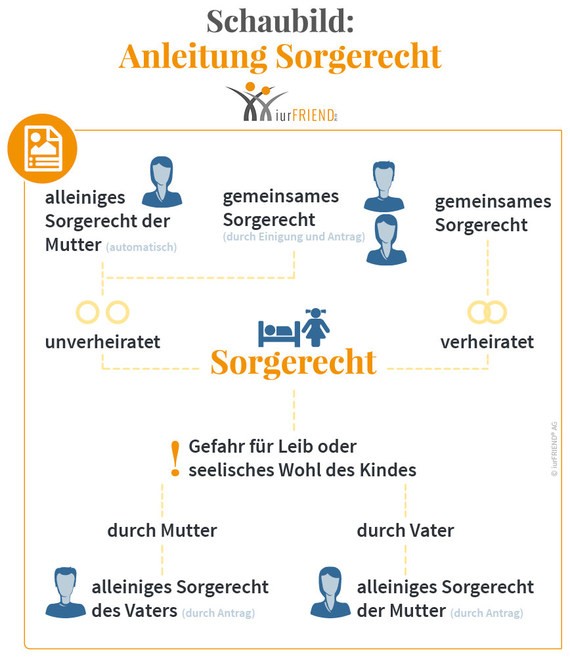 If you are married, you have one as a parent joint custody, that you exercise in agreement with your spouse. In everyday life, this happens automatically without you thinking too much about exercising a “right”. However, if you live in separation or if you are divorced, children and custody are often problematic. Even after separation and divorce, joint custody remains in the best interests of the child. Your divorce as such doesn’t change that. It is in the Interest of the child if his two parents continue to "care" for him in the future and assume their responsibility as a parent.

Children and custody in the separation period

The problem arises from the fact that you are due to the separation as a caring parent make decisions every day and with regard to the continuing custody of the child, at least involve your ex-partner in questions that are of considerable importance for the development and upbringing of the child (e.g. attending a secondary school). Another problem arises from the fact that the parents who are caring for the child dispute joint custody of the other parent and want to force them out of their responsibility for the child together. Each and every parent has to answer for himself whether and to what extent this all too often selfish urge is actually in the best interests of the child.

Custody disputes during the separation period

Since joint custody continues to exist during the separation period, the non-caring parent also has a say in the upbringing and development of the child. Then either block each other so that no decision is made at all. However, if a decision has to be made, the family court has to decide.

In advance, the court will try to lead the parents to a regulation that is appropriate to the child’s best interests. The court is legally obliged to work towards an agreement of the parties involved in every situation of the procedure (§ 156 FamFG). To this end, the judge will look at the possibilities of advice from the “Counseling centers and counseling services of the child and youth welfare organizations in particular on the development of a consensual concept for the exercise of parental care and parental responsibility ”. The court can order that the parents participate individually or jointly in a "free informational discussion about mediation or another possibility of out-of-court conflict resolution" and designate a suitable body for this. It may require parents to provide confirmation of participation.

Expert tip: Go into mediation in the interest of your child. In this way, a regulation can be found that is only concerned with the child’s best interests.

Option 2: transfer of decision-making power to a parent

If no agreement is possible, the court becomes the decision-maker transferred to the parent whose decision seems most likely to be in the best interests of the child. A minor child has no right to apply. However, it must be heard by the court and can have a say from the age of 14. (Section 159 FamFG). The court can also assign individual decision areas as part of parental responsibility. If the parents argue about who the child should live with after the separation, the right of residence can be assigned to one of the parents. It can also be a question of whether the child may be taken away by the parent leaving the parental home as part of the forthcoming separation.

The family court itself does not rule on matters of parenting. Rather, it will assign the decision-making power to a parent at its request alone. This means that the decision remains in the family, so to speak, and the court is not burdened with family problems in which only parents who are legal guardians responsible and in the interest of the child can decide.

If you, as a parent, exercise sole custody, you need serious reasons. Mere disagreements or one-off breaches of duty by a parent are not sufficient. The Reasons have to be so serious, that the legal model of common custody no longer seems sustainable. Sole custody is considered if the Parents no longer communicate with each other, persistently refuse to talk to each other and can no longer decide important matters together.

In order not to settle the dispute on the child’s back, it has to Custody will then actually be transferred to a parent. In the best case scenario, the other parent agrees to the transfer. If the court has to decide on such an application, it will include all aspects that affect the child.

Children and custody in divorce proceedings

If spouses argue as parents about joint custody, each parent can apply for divorce to transfer sole custody to them. Children and custody is then a consequence of divorce. Consequences of divorce are usually combined, so decided in direct connection with the actual divorce by the family judge. So if your divorce is pending at the family court, decide only this family court on custody. If a spouse calls another court, such as the court at their place of residence, that court will refer the custody procedure ex officio to the court that decides on the divorce petition.

Maternity matters hold considerable potential for conflict. Whoever carries them on the child’s back often damages himself emotionally friendly solution is always the best. I wish you success!

With us you will learn everything about the interchangeable model and what advantages this model offers parents.

Right to deal with children

After your separation and divorce, you should have regulated the right to deal with your child.

With separation and divorce, the parents’ right of residence remains in place.

Everything you should know about the divorce process and how to prepare for it.

Here you will find all important information and tips on the subject of separation and divorce.

Do you want to file your divorce? All information and tips on the divorce application can be found here.