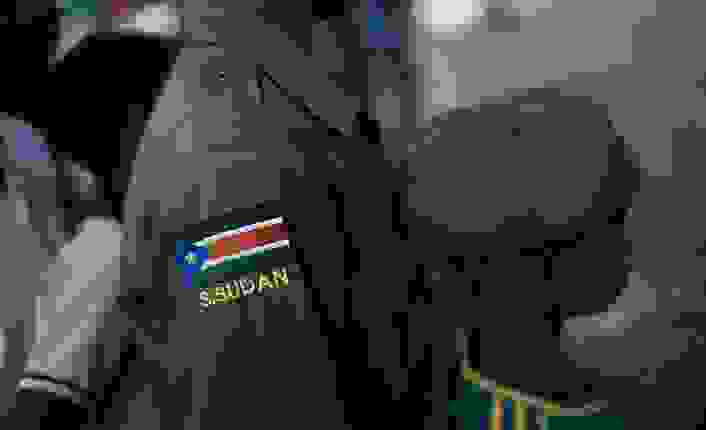 South Sudan, Democratic Republic of the Congo, Afghanistan – child soldiers exist in many countries. estimates go assume that up to 250,000 girls and boys are currently recruited worldwide. Both by government armies and by armed groups. Together with its partners, UNICEF repeatedly succeeds in liberating child soldiers. But the task is far from over The End.

Although child soldiers are banned in most countries, UNICEF says tens of thousands of girls and boys worldwide are in the ranks of armed forces and armed groups in conflict regions. They are brutally robbed of their childhood.

A large number of girls and boys are abused for their purposes by various parties to the conflict in the protracted conflicts in South Sudan, the Central African Republic, the Democratic Republic of the Congo, Somalia, Syria and Yemen. In Afghanistan, Mali and Myanmar, girls and boys are also used as child soldiers or helpers by armed groups.

For World Day Against the Use of Child Soldiers on February 12, UNICEF is calling on governments worldwide to step up their efforts to stop this serious violation of children’s rights.

In Germany, too, many children and young people take part in the campaign "Red Hand Day" and make a mark with red handprints to emphasize this demand.

CHILD SOLDIERS ARE MULTIPLE AND MISUSE

Children are used as spies and minesweepers, fight at the forefront, are misused as sex slaves or trained as suicide bombers – the children are victims and perpetrators at the same time.

In Syria and Iraq, for example, the so-called "Islamic state" targeted children and adolescents. Minors are also involved in the Yemen conflict. The terrorist militia Boko Haram in Nigeria forces children to blow themselves up as suicide bombers.

"Children are not soldiers. Under no circumstances should they be used in adult wars", says Christian Schneider, managing director of UNICEF Germany. "All parties to the conflict and governments that have an influence on them must commit themselves to the use of Child soldiers worldwide to finally end."

Many of the children are forcibly recruited, for example by being kidnapped or blackmailed. But it is also not uncommon for the children to join the groups on their own initiative. This often happens out of poverty, just to get a regular meal.

The majority of child soldiers are between 15 and 18 years old. However, there are many younger ones, as the story of Ishmael Beah shows:

Ishmael Beah lost his family during the civil war in Sierra Leone. At age 13, he was recruited as a child soldier using violence. Today he is a bestselling author, human rights activist and UNICEF ambassador.

Regardless of whether the children entered the service voluntarily or involuntarily, they must be seen as victims. Your participation in the conflicts has a serious impact on your physical and emotional wellbeing.

The children lack a large part of their childhood and they have to cope with the most severe trauma, says Vedasto Nsanzugwanko, child protection officer for UNICEF in South Sudan. In addition, many can neither read nor write.

After being released, the children first come to transition centers where they receive medical and psychological care.

The return to her old life is also made difficult by society. "The children are often rejected by their communities", explains Betty Lalam, head of an organization in Uganda. The crimes they had to commit cling to them like a stigma that even their own family can hostile them.

All the more important is psychological care, as well as school or vocational training for the liberated. This gives them the chance to restart and the risk of becoming a child soldier again due to a lack of alternatives is reduced.

"These children now have an opportunity to rebuild their lives. We cannot let them down", explains Virginia Gamba, UN Special Representative.

The United Internet for UNICEF foundation supports UNICEF in giving children in conflict and war zones back their childhood and liberating child soldiers.