Common forms of violence that children face in war include: B. 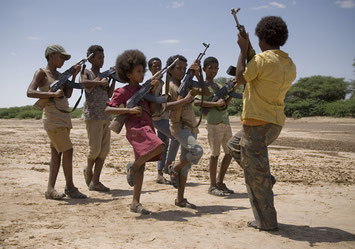 Why are children recruited??

A “war logic” can be seen behind the systematic recruitment of children. For example:

How are children recruited??

What are the consequences of living as a child soldier??

Child soldiers are perpetrators and victims.

What to do? requirements