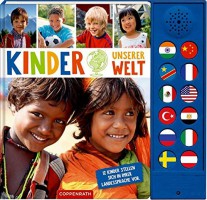 In kindergarten and at school, children come into contact with other nationalities. You will find friends whose parents come from another country, who celebrate other festivals, eat different dishes and speak other languages. Even though they come from a different culture, their lives have already adapted to ours. But how do children actually live in other countries? What does your everyday life look like, like your home? Miriam Schultze has investigated this question and asked in her sound book "Children of our world" twelve children from other countries.

Our world is so different

This book takes children on a very special trip around the world. In it, however, they learn nothing about nature, geography or history, rather they find out, how children live in other countries. What their everyday life looks like, their home and what special celebrations they celebrate. This world tour takes us crisscross the globe. We not only visit European neighbors such as France, Italy or Sweden, but the route continues to Turkey, Russia, India and China. We visit the United States and Mexico, and also make a detour to Egypt and the Congo to finally return home.
During this trip we visit children between the ages of five and twelve. They take us home with them, show us how they live, who belongs to their family, what they like to eat, what is special in their home country and what annual event they are particularly looking forward to. Each excursion is accompanied not only by color photos that reflect the impressions of the respective country, but also by a brief acoustic presentation of the child. Because after pressing the respective national flag on the sound list attached to the right, a short performance will sound. Of course, always in the local language!

A world tour with children’s eyes

When we introduce other countries, we always look at the flora and fauna, culture and society. If children They travel to other countries, but they are also interested in the lives of the children there. How does it look? Is it comparable to your own or completely different?? "Children of our world" gives them an insight into these other cultures. Exciting factual texts convey interesting facts and show how different life can be for children in our world. These can sometimes be very strong contrasts when Ritu from India says that she doesn’t have her own nursery, Amir from Egypt argues with his father about the fact that he would rather study for school instead of going to work, or Nastya from Russia only completely about her mother rarely sees because she works far away in the city. So the book not only shows other families, other cultures, it also shows the big differences between living habits.
The book is not only suitable for families, but also for kindergartens and schools. Again and again there are intercultural projects as part of the educational work, in which the languages ​​of the world, but also other ways of life, are the focus. For these projects is "Children of our world" a valuable book that can spark new conversations and topics. 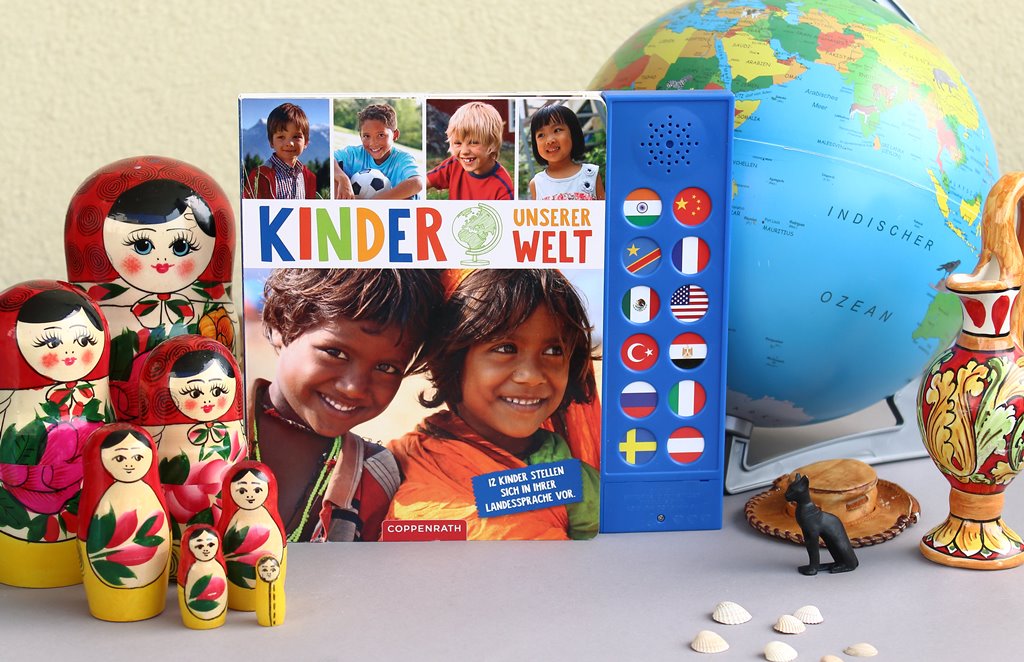 Something else is special about this book and deserves an extra mention. To underline the versatility and the intercultural, there are two different editions of this book: Germany and Austria. Depending on the edition, either Moritz from Austria or Lotte from Germany is presented on the last double page. Of course, the sound bar was also equipped with different contributions. A great idea, which above all produced a book that Austrian children can identify with.

"Children of our world" is not just a sound book in which there is some country-specific factual information and ideas in the national language. It is a children’s non-fiction book that shows its young readers the diversity of our world. It takes them on a journey through different countries and shows them how children live there, what their everyday life looks like and what is special for them. Available in two editions – Germany or Austria – it is a great contribution to intercultural understanding and also well suited for educational use in kindergartens and schools.