Children only have to pay gross income of EUR 100,000 or more to care for their parents 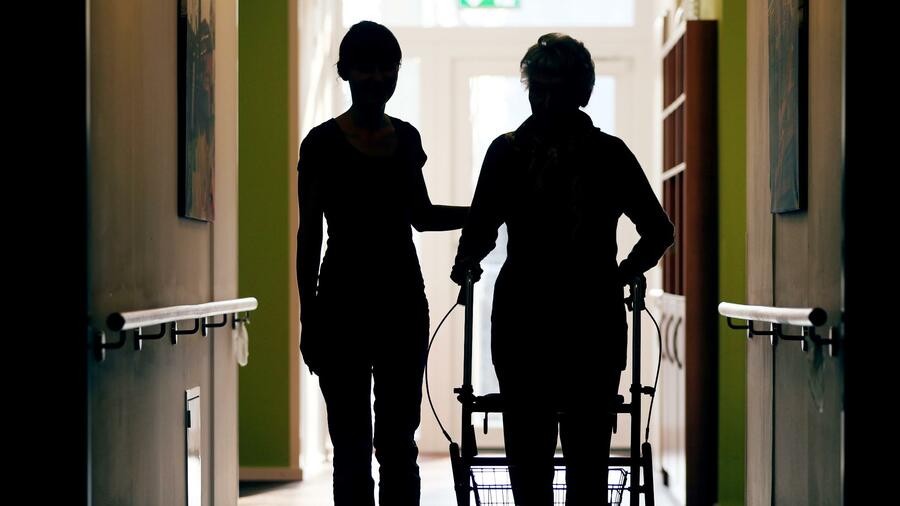 The municipalities are warning of billions of dollars from the new law.

Berlin Children of those in need of care will in future be asked to pay for their upkeep far less frequently than in the past. Only those who earn more than 100,000 euros gross per year should still be financially involved. On Wednesday, the cabinet decided on the Relatives Relief Act of Social Minister Hubertus Heil (SPD), which the Bundestag and Bundesrat still have to approve. The new income limit should also apply to the parents of children who need to be cared for. So far, the 100,000 euro limit only applies to basic old-age security and reduced earning capacity.

Today, the social welfare office steps in first when those in need of care cannot pay the home costs, for example. But in many cases, the authority gets the money back at least partially from the relatives. "This leads to strife, but above all it leads to incalculable financial risks, especially for the middle of society," said Heil. "It is often the middle generation who work every day, sometimes raise young children and at the same time experience that their relatives are in need of care."

According to the draft law, the number of those who benefit from the plans can only be roughly estimated. In total, there are said to be around 275,000 people, including children of parents in nursing homes in several tens of thousands of cases, but in most cases parents of adult disabled children. The costs are estimated at up to 319 million euros for the states and municipalities and 79 million euros for the federal government in 2023.

Federal Minister of Health Jens Spahn (CDU) said: "Caring for parents must not make poor." Heil therefore has his full support for the law.

The municipalities warned of billions in the burden on their households. The chief executive of the city and municipality association, Gerd Landsberg, told the Funke newspapers: “It is generally reasonable that children and parents stand up for one another. It shouldn’t be shaken. "

The social association VdK welcomed the law because it helps older people from a difficult situation, as President Verena Bentele explained in the Funke newspapers. "They do not go into the home, even though they can no longer be adequately cared for at home so that their children are not burdened." DGB board member Annelie Buntenbach said: "This law is an important step against the high number of unreported cases of those who urgently need and do not take advantage of the social benefits due to them because they fear that their children’s or parents’ income may fall back on them. "

There should also be improvements for people with disabilities, such as an in-company training through a budget for training. Jürgen Dusel, the representative for the disabled, said that in many cases the funding creates the opportunity for in-company training and a vocational qualification. Existing advice to people with disabilities and their relatives should also be ensured in the long term.

FDP faction spokeswoman Nicole Westig criticized that the plans had no answer for the more than 70 percent of those in need of care who were looked after by their relatives at home.