Kinderhilfe Indien e.V. was founded by Rita Müller-Davar in Baden-Baden at the beginning of the 1970s – at that time still as "Aktion India". She came to Germany through her marriage to the composer Rolf Müller. 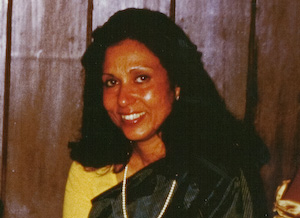 To support the Bustee Welfare Center founded by her mother, Rita Müller-Davar began to attract people for donations and sponsorships. She also ran a business where she craft and Products sold from their home country – the profit went directly to Calcutta. Her strong personal commitment bore fruit. Thanks to many donations from Germany, a property on Love Lock Street was acquired, which has been the main building since 1985. Rita Müller-Davar was significantly supported for over two decades by Anneliese Dietrich from Baden-Badner, who made a contribution to the administrative issues of Kinderhilfe Indien e.V..

Even though there are other sponsors from Europe and especially in India, 70% of the current expenses of the BWC can be financed by Kinderhilfe Indien e.V..

Personal contacts and lively exchanges are essential to ensure that the help or donations are actually received and used efficiently. That is why Kinderhilfe Indien e.V. sees itself as an "organization of short distances". We work on a voluntary basis with a lot of professional competence and many years of experience.

Kinderhilfe Indien e.V. has been managed by Christine Feistner for many years. She is the personal contact for all German supporters and interface to the BWC. During regular stays in Calcutta, she gets an idea of ​​the situation on site and maintains intensive exchanges and important contacts. Many members of Kinderhilfe Indien e.V. support one or more sponsored children and thus carry them in a very personal way wise help the children from the bustees and their families one better To enable the future. 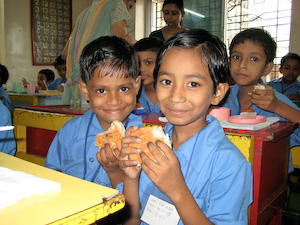 This goes hand in hand with the efficient organization of the Bustee Welfare Center. On site, many people are committed to the success of the BWC. All of the board of trustees and the headmasters (mostly retired pedagogues) work free of charge. Qualified volunteers support the employees and make additional offers possible. In this respect, the BWC is a very open and at the same time synergistically functioning network, where strong motivation brings many people together profitably.

In order to be able to secure and expand the success of this fruitful work in the future, we look forward to any support. More information on this at .

Note: Kinderhilfe e.V. meets the standards of all reputable national and international charities. Administrative costs are kept to a minimum, additional expenses and services such as this website are exclusively privately financed or provided by those involved free of charge.