Planning a children’s birthday is a big challenge. After all, you want to give your child and friends an unforgettable day. We have one for the lavender boy’s last birthday police Birthday celebrated. In advance, of course, we thought about the right party decoration and of course the right one Games for made a police birthday. I had long planned to share our thoughts with you. Certainly one or the other child would like a police birthday from you. It would be practical if you could fall back on a few game and decoration ideas, or? 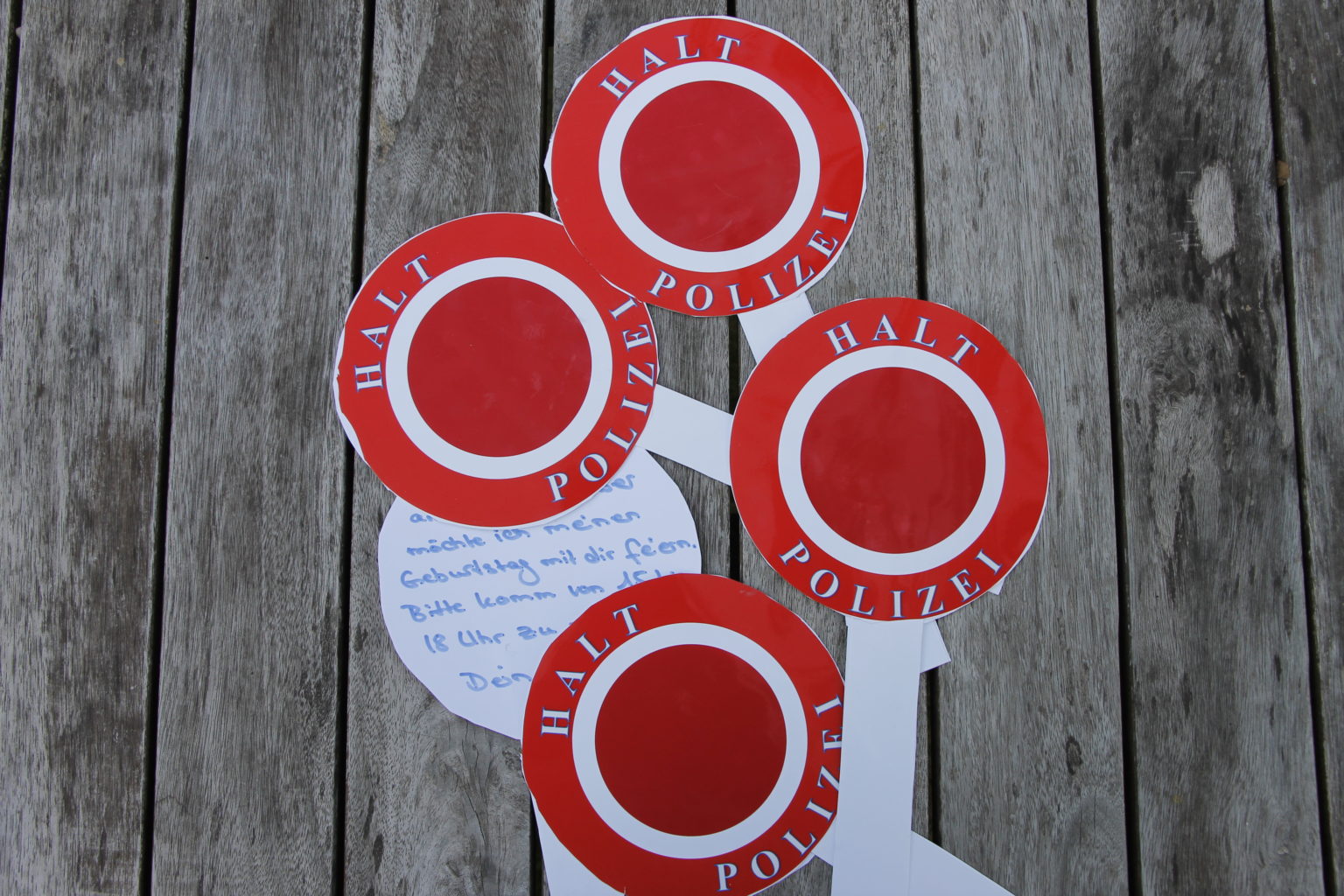 We kept the children’s birthday decorations quite simple. We had ordered barrier tape, which we had glued to the front door, the garden gate and also on the birthday table. If you want, you can of course also get suitable napkins, straws, balloons, … With us the fire brigade napkins from the fire brigade party from last year served, which no child complained about. I think we adults are often just too perfectionistic in such things.

After the children had strengthened, the children got theirs police badges handed out. They had to write their names on them and leave their fingerprints on them. Depending on your budget and ideas, you can equip the children with other police accessories. On the Internet you can order police brands, handcuffs, whistles or even police hats for a fair price. It is also a good idea to ask the invited children to bring appropriate clothing, if available. I think a lot of boys will have a police costume at home. In an emergency, of course, it is also possible without police clothing. Children have a blossoming imagination. 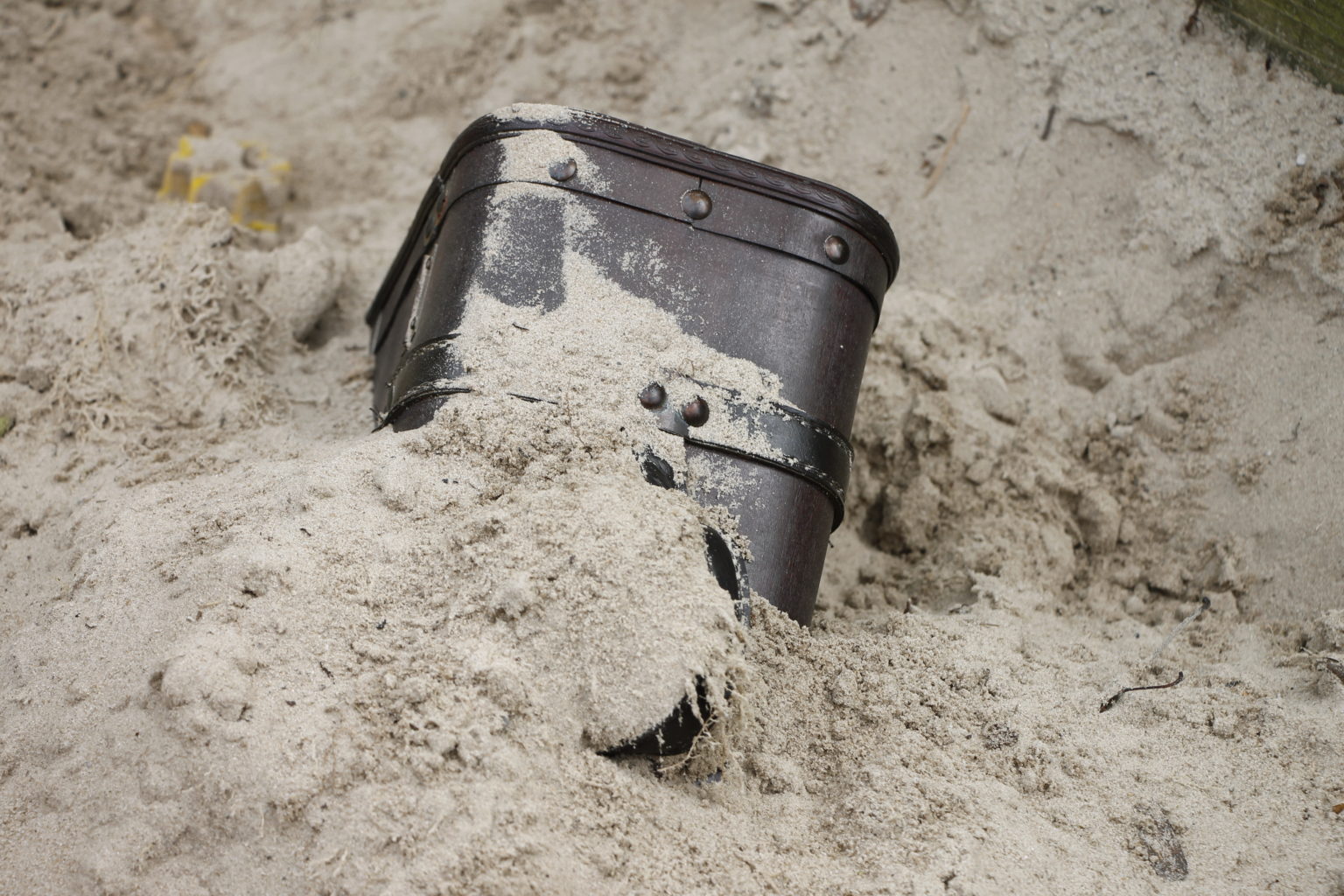 After all the children are equipped with disguises, an emergency call comes and with it the first mission for the children: Near the police station (aka our house), neighbors have spotted a robber with a treasure chest. The task: of course the robber and the stolen goods. Before the children’s birthday began, we had prepared a route. To do this, we painted footprints on the street or sidewalk at irregular intervals, which the children were supposed to follow. If you want, you can give the children chores in between, but we didn’t do that. The route took the children back to our garden, where I had buried a treasure chest in the sandpit in the meantime, when Lavender Papa was out hunting with the children. (The robber had lost his prey while fleeing.) Back again, the child police officers were allowed to search for the prey, secure it and divide it up among themselves.

However, since the robber had escaped, he still had to be tracked down. For this we had glued robber pictures to cans. The idea: Throwing the cans or robber slows the robber down. The children had a lot of fun with this modified can throw. 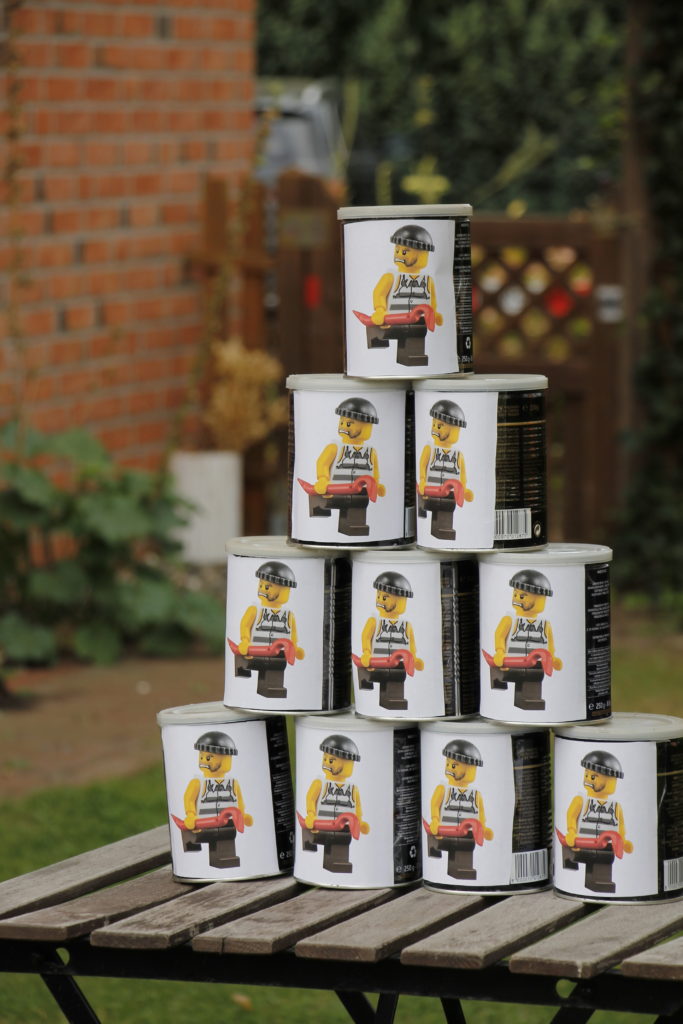 After the robber stumbled due to the can throwing, he still had to be caught. To do this, we have modified the classic children’s birthday party “pot beating”. Just like with the cans, we had glued a picture of the robber to the pot. With the help of the other policemen, the policeman on duty had to be directed to the robber by "hot" and "cold". If the robber was placed or the pot was found, the policeman received an award. This was in the form of a medal, which you can also buy quite cheaply on the Internet, under the pot. The children were allowed to take the award home at the end of their children’s birthday.

As a fourth police game, we had prepared a memory game that the children know from kindergarten. For this we had gathered various items that have something to do with the subject of the police. For us that was e.g. Handcuffs, a police trowel, a police car, a police helicopter, a police hat, … Je by age the children are now put a certain number of objects on the table or floor that the children should memorize. Then a child is sent away and objects are taken away. The child can choose whether it should be one, two, three or four objects. If the child comes back, he has to guess which objects have been stolen or removed. 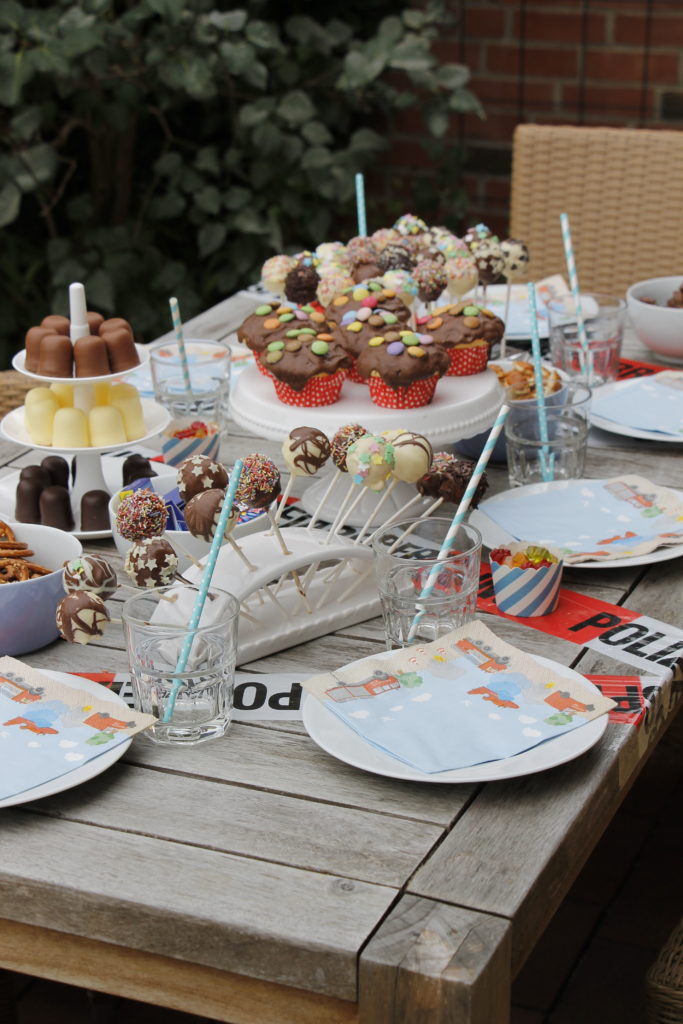 As a final game idea, there was another police game that required the children’s full attention. A game leader is a list of words. A word appears that with the When the police are concerned, the children have to shout “tatütata”. If you want, you can prepare the list. But it also works well off the bat.