Reading time: 3 minutes If you celebrate a children’s birthday in winter, you need lots of games for the rascals to let off steam in the fresh air. Our party games for children get your party going. 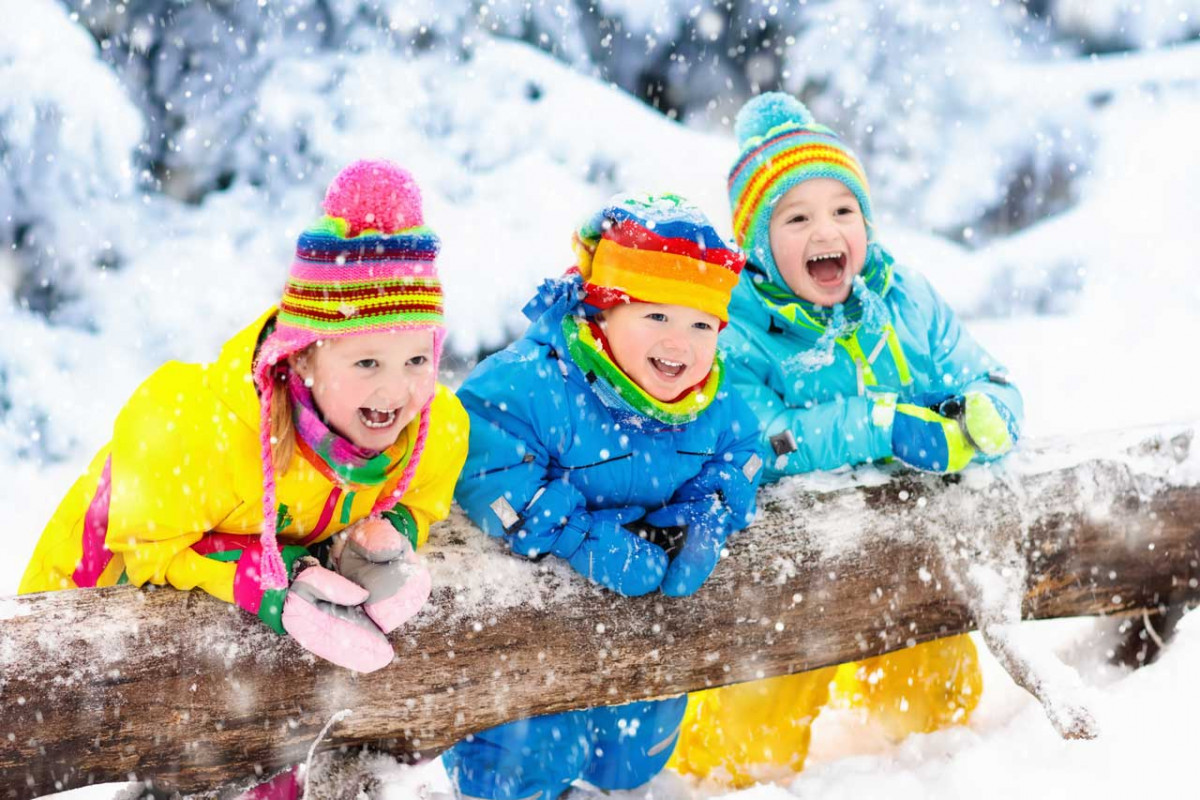 Celebrate children’s birthday in winter: Many games for children

You need a lot of children for this game. They each whisper the same specifications into two children’s ears, for example from the areas of sports, animals, and professions. The children don’t know who got the same term from them. Therefore, try to present this term pantomime and find the partner whose movements match the term.

You need 2 pairs of much too big winter boots, 2 big winter jackets, 2 scarves, gloves and hats. Two children each compete for a fixed distance. After the starting shot, the competitors put on their clothes. It is very funny to walk in clothes that are too big.

You need a ball and several sticks. The children only pass the ball to the next man with the help of two sticks.

Alternative: The children pass a stone by balancing it on the foot.

You need a balloon and a stick for each child. Set a route for the competition. Which child is the quickest to move the balloon to its destination? Attention, the balloon may only be moved with the stick. If he bursts, the child has lost.

You need a log, nails and hammer. The children hit a nail into the wood one after the other. Who needs the fewest punches?

You need colored paper. Each child builds a paper plane, preferably in a different color. Possibly give the plane names. Which plane covers the longest distance?

You need a sack with lots of objects (pen, spoon, mirror, eraser, ruler, calculator, bottle opener). Please no sharp or sharp objects. Place one or two items in the sack at a time. A child reaches inside and tries to guess the objects only by touching them. Exchange the items for the next child.

You need 4 clothespins in one color per child. Possibly music.
Each child tries to clip their clothes pegs to other children. The game ends after a certain time frame. Whoever has the most clothes pegs loses.

At the end of the celebration there is a creative task. The children collect natural materials such as stones, sticks and leaves. from that shape all together a beautiful picture on the ground. Be sure to photograph this artwork!

Children’s birthday in winter: games in the snow

Start this task right at the beginning of the celebration before the snow is kicked flat by the children. Divide the children into small groups. Your task is to build a little monster out of snow. Which monster is particularly creepy? Remember to take pictures of the snow monsters.

All children are in a circle. The birthday child forms a ball of any size from snow. Now everyone is throwing the ball at each other. If the ball is not caught, the child is “in love”. The next mistake is "engaged", then "married" and then "divorced". The child is eliminated from the last mistake.

You need a target. Paint a face with a large round mouth on cardboard. Cut out your mouth, that’s the goal. Hang the cardboard target on a branch. The children form snowballs and try to throw them through their mouths.

Every child or small group builds a sloping starting ramp along a straight starting line. Each child is allowed to form five snowballs and let them roll off their own launch pad. Which roll furthest?

You need 2 sledges and a rope. Two children face each other on sledges and hold a rope. You have to try to pull the other off sledges without losing your balance.

You need several balloons. You need a limited field of approx. 2 x 2 meters. This is the neutral zone. Divide the children into 2 teams. They face each other, at a distance of approx. 3 meters from the neutral field in the middle. Here is the balloon. The children throw snowballs and try to drive the balloon into the opposing half.

You need several towels and a bucket. Two children each take a cloth and place a snowball in it. Now you have to throw the ball into a bucket by swinging the cloth together. Who needs the fewest attempts?

You need music. A game to let off steam. As long as the music is playing, the children run wildly like snowflakes. If the music stops, they remain on the spot in the respective pose.

PS: Quality management is important to us!

Please let us know how you like our contribution. To do this, click on the asterisks shown below (5 asterisks = very good):