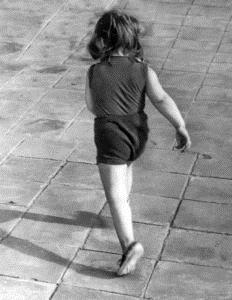 week children were children who were cared for in a day nursery or a day care center for children in the GDR after the state maternity protection was granted.
At the beginning, care was given from the 6th week of life, later from the 3rd month. From the 80s, the children usually stayed at home for the first year. The children remained in the nursery until the age of 3. Afterwards, the children either switched to a kindergarten with day care or to a children’s home, where the weekly placement continued until they started school. There were also seasonal homes in rural areas where children lived while have been looked after throughout the harvest.

Being a child of the week – that meant usually staying at the facility five days and nights a week. The children were cared for, fed and provided with extensive care by trained educators or nurses.
In the area of ​​the GDR there were day nurseries and children’s day care centers from 1951 to 1992.
For example, in the 1960s, more than 36,000 childcare places were offered.
The working parents should have the connection between profession and parenthood are facilitated.

Various studies have already compared the consequences of different forms of care for the development of children in the 1960s and 1970s.
It turned out that the weekly placement led to various problems for the children, especially in the area of ​​health and language development.

Current research is currently investigating, among other things, whether the weekly form of care had an impact on the future life of the children at that time. This research is peer-led and is not funded or influenced by any political institution. This work is accompanied by the Fulda University of Applied Sciences (department of social affairs) as well as numerous scientist from east and west from the fields of social science, pediatrics and psychology.

This website is intended to provide information about the system of childcare centers in the GDR. As this is an ongoing research project, the information is continuously updated. We will also refer to current publications.

The research project on the Dresden case study has now largely been completed.
At the Thursday, September 19, 2019, 6 p.m., the results are presented as a lecture in the Dresden City Archives, free admission, registration for seat reservation recommended –

Many thanks to everyone who supported this subproject!