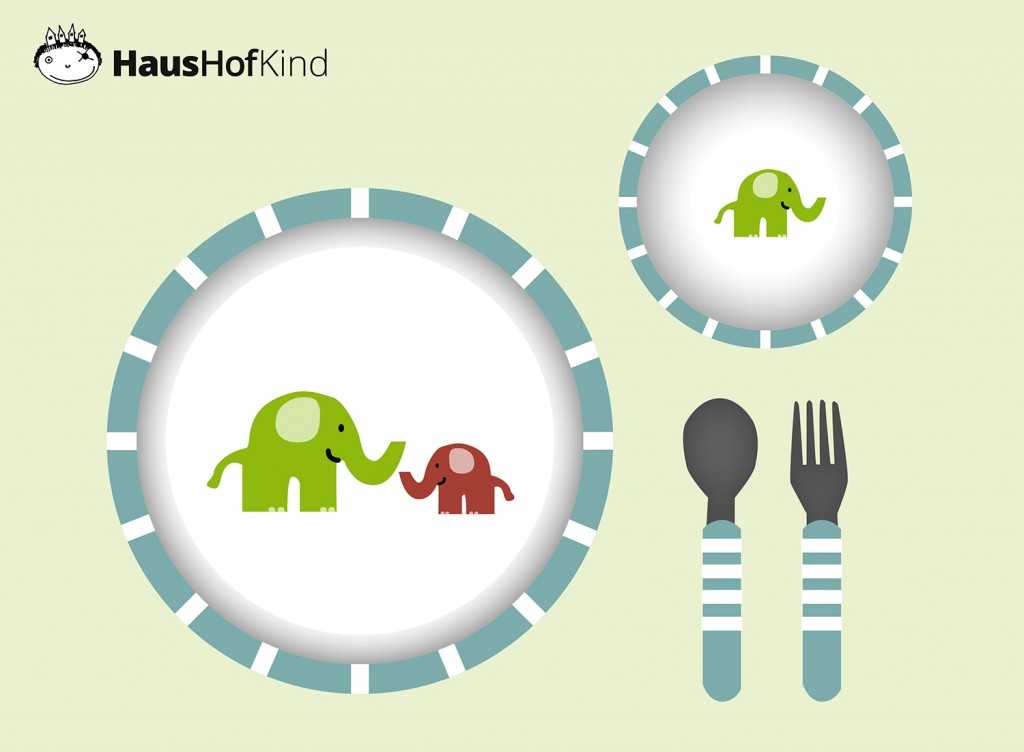 Recently, my niece was one year old. Her uncle, so my brother, asked the parents what the little girl could need so. Otherwise he rather buys last-minute presents at the Munich train station, so his question was already a big step forward. Mama wanted baby crockery for the little one, and we all thought that was accurate enough. The uncle bought porcelain and silverware!

A little introduction to the subject of children’s crockery

What my sister actually wanted was probably a nice first set of dishes with which the little girl can learn to eat properly, an indestructible variant of plastic, so that does not catch your breath when a plate or bowl flies through the kitchen. What she received was a 5-star luxury set, set with Swarovski stones, which will probably be on display in the showcase until the little girl’s 18th birthday and then be made into money for a really good birthday party.

Children’s dishes made of plastic, melamine or porcelain?

The first children’s tableware should be one thing above all else: useful. The best is the harness made of plastic and has a rubber base. So it becomes a non-slip rock in the surf, when the child is angry again about the food selection, does not want to sit still or has discovered how the leverage works.

Should the plate ever go down (which will definitely happen), it does not break into a thousand parts and the child can not hurt himself either. In addition, the plastic dishes can be confidently put by Mommy in the microwave or dishwasher. However, care should be taken with melamine children‘s dinnerware as cracks may form on heating in the microwave.

When children’s cutlery should be noted that the knife and fork are rounded, so that the child can not hurt while eating. The spoon, probably the most important piece of cutlery for the beginning, should be flexible and have a small, soft spoon bowl. Experience shows that toddlers get along well with reinforced handles. It is therefore recommended, especially for the beginning to buy children’s cutlery that on the handle again extra reinforced, for example, with thick plastic.

Of course, not only do you want the children‘s crockery and cutlery to serve their purpose, but ideally, they should look good. The best way to simplify the cutlery by a playful way even the independent food. Of course you can also give children a nice porcelain tableware. However, this is probably only brought out on special occasions or only used if the child can already eat alone without major accidents.

There is a lot to offer in creative cutlery, from the rolling, automatic fork for spaghetti to the on-site vehicle cutlery with food pusher, there is a lot to discover. Many also want to give away their own cutlery or crockery, so they prefer to make their own designs and have the child’s name engraved, for example.

A high-quality children’s cutlery is therefore quite a nice gift idea (for example, for baptism) and can later serve as a beautiful memory. Only recently I discovered in a foreign cutlery drawer a small fork and a small knife on which a bear was shown. On Na

Asked by the owner, he had a transfigured smile on his face, and I could almost see in his eyes the many slaughter and other childhood memories he associates with the cutlery.