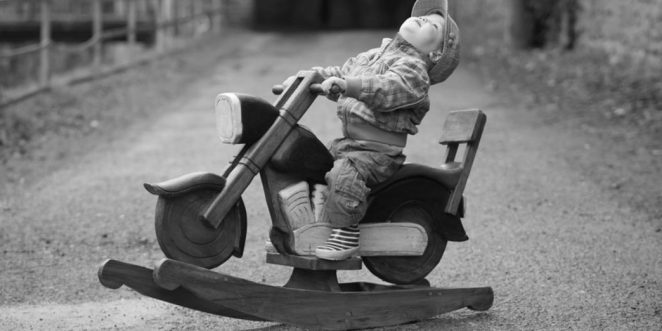 Children like to play for their lives. There is hardly a child who cannot be enthusiastic about a new game quickly. But which game is good? What are the best game ideas for kids? Are there special games for 2-year-olds, 3-year-olds or also for 5-year-old children that you can play with? Are there also particularly short or. simple games for children?

1. The best games for children 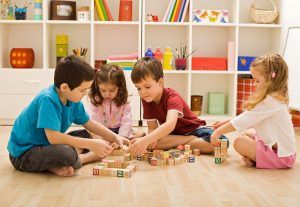 Games are an enrichment for children from the age of 2 or even earlier.

Finding suitable games is sometimes not that easy. There are innumerable types of games and uses. Some games are ideal for large groups, such as chair circle games. These are also often played in kindergarten. Others only make sense in pairs. These in turn include various card games. There are games for three year olds or younger children. Some of the games are more competitive, others promote cohesion.

However, with the large number of different offers, it is important that you do not overwhelm your children. Give your children time to learn a new game. Especially at the beginning it is not so easy for the little ones to familiarize themselves with the rules. In addition, not all kindergarten games are favorably received by all kindergarten children. You shouldn’t neglect the fun factor and it is best to choose the game that is most fun and encourages for your child.

Within the framework of game pedagogy, scientists differentiate between free, self-developed and directed game.

Clever and good children’s games should above all be fun. If this goal is implemented, the time for children usually hardly matters. In this way, many boring hours can be bridged quickly.
In addition, there are various sensible aspects of different game types. For example:

You can find more details in our special guide to educational games.

3. Games for 2 year olds and children’s games from 3 years old 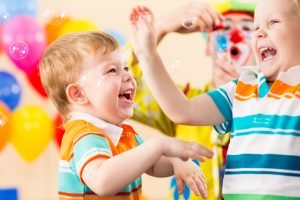 The little ones are already thrilled by games.

Sometimes the best ideas come when you are not specifically looking for them. Let your imagination run wild and use the items that come to mind to make a game out of them.

On excursions, small children get to know the environment and can also be enthusiastic about short games. For example, balance together over a tree trunk lying in the forest. As a nice side effect, you train the sense of balance and the coordination skills.

There are numerous other classic indoor and outdoor children’s games that you can play together.
For example:

When playing, the focus should always be on fun. Even if there are already many online children’s games free of charge and without registration, the majority of the games should still take place without a PC or smartphone.

The problem with games on digital devices is lack of exercise. With children in particular, it is essential that they first develop their coordinative skills. This is especially true for children from 2 or 3 years old, who usually already know good games from kindergarten, but there is nothing wrong with that complementary use of meaningful children’s games that are offered online.
However, make sure that the frame is protected.

4. Games for 4 year olds and games for 5 year olds 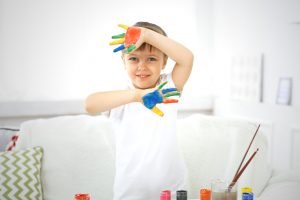 Discover the world of colors in a playful way

In contrast to games for 2-year-olds, children aged four or five can already clearly Understand more complex relationships. Therefore, you should banish old games for three-year-olds from the children’s room when they are no longer demanding and supportive. Usually, your child will quickly lose interest in these games anyway if the game is too easy.

Outdoor activities such as catching, hiding or various jumping games make sense at almost any age. Other children’s games for the home are aimed specifically at children aged four or five.

If the birthday should take place indoors, it counts Topfschlagen to the most popular games. Time and time again, the game provides fun moments when all the children shout and the words hot and cold get mixed up one time or another. It is all the better that every child has a sense of achievement gets it when it finally found the pot.

Child’s play is suitable as a team game Hardworking squirrel. You will need some walnuts or peanuts. Now it’s time to hide. Find some places where you can hide one or more nuts. The children can work together in groups. If you like, you can also label some nuts with numbers that show the value. The team that has collected more nuts after a specified time wins the game.

6. Enjoy the children’s birthday party in the fresh air 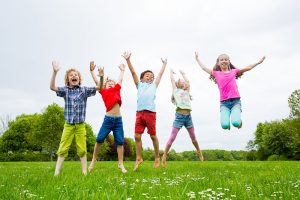 If you don’t want to celebrate indoors, but also want to use the garden, you can the Hardworking squirrel of course, also play outside. It is important that you remember exactly where you have hidden the nuts. In this way you can perhaps give a group a valuable tip.

To make the little rascals a little more tired, the movement game is suitable Who is afraid of the bad man?. First you have to choose a catcher. If none of the children wants to be the catcher, this job can also be wonderfully done by you.

Divide up the group and stand in the middle. Now shout "Who is afraid of the bad man?" All children answer with “Nobody!” And you again with “And when he comes?”. Now it is the turn of the children with “Then we run”. This is the starting command for everyone to start running. The goal is to reach the other side without being caught.

7. Online children’s games and their meaningfulness

In Sweden, schools already have their own courses in which computer games are played. So far we are still a long way from this in Germany. But in addition to some questionable games, there are 1001 games children can play. Many cool games are free. However, funding is usually provided through advertising.

Especially with children’s games from 4 or 5 years questionable to what extent it is really necessary to play them online. There are often similar games that children can play in a group outside or at home.

A study by the Rheinische Fachhochschule Köln comes to the conclusion that children who use digital media in childhood are particularly strong, developmental delays exhibit. According to the researchers, the higher the consumption, the more likely it would be that concentration or other development disorders would occur.

Tip: Smartphone, tablet and computer are not necessary for small children. When looking for games for 4 year old children, these should not be digital games. Anyone who still relies on computer games should monitor consumption and only allow it for a short time.